Powering the World Through Artificial Intelligence 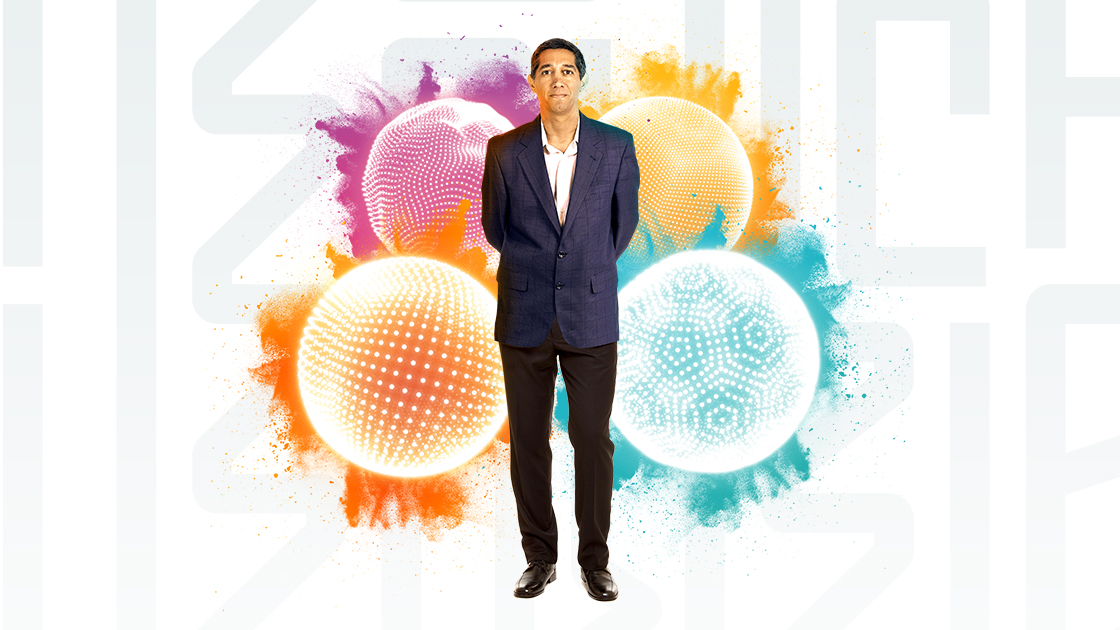 Babak Hodjat stands ready for the artificial intelligence revolution. With large-scale AI finally on the brink of impacting our lives in a positive way, he believes it will drive the biggest change in our world since the internet. And it’s hard to disagree with the Pioneers Festival 2017 speaker on that score.

A serial entrepreneur whose natural language work evolved into Siri, Hodjat knows his stuff about the power of machines to affect nearly every industry. Just one of the things he’s exploring is the potential for fully-automated trading based on artificial intelligence, through his Sentient platform.

But, as he’ll be showing on stage at the Hofburg, Sentient’s work is about so much more than just trading. The company is looking to commerce, healthcare and even agriculture for applications for its tech.

Visitors to the Festival, will be treated to a live e-commerce demonstration from Babak, showing just what sort of power AI can wield in business. Think AI-powered digital marketing, AI personal shoppers that help customers find what they’re looking for in two or three clicks and website optimization on steriods.

But it’s the Sentient investment platform that best illustrates the technological concept – and what this company is capable of on a wider scale. It has attracted a great many column inches over the years, after all, and interest is ramping up ahead of its long-awaited launch to the public.

"Humans have biases and sensitivities, conscious and unconscious," says Hodjat of his fully AI trading system. "It’s well documented that we humans make mistakes. For me, it’s scarier to be relying on those human-based intuitions and justifications than relying on purely what the data and statistics are telling you."

But what makes Sentient’s system – which the company has only used internally so far – such an attractive one compared to the dozens of other AI startups out there? So attractive, in fact, that the Tata Group and Li Ka-shing have bought into it?

Primarily it’s that ‘evolutionary intelligence’ concept Sentient brings to the game. A technology that’s been around for a decade of largely secret training. And one led by a serious team that has all the biggest tech company names (you know the ones) on its collective CV.

Without going into too much detail, the system mirrors the Darwinian notion of ‘survival of the fittest’. Sentient even refers to its virtual traders – working through the power of thousands of distributed machines – as ‘genes’. And just as their good trading decisions get rewarded, allowed to ‘multiply’ and ultimately to trade live, those offering unprofitable logic or methodology get rooted out. The idea is a fascinating mix of the promise of technology and the uncompromising harshness of nature.

Another reason Sentient has attracted millions in funding is the fact that Babak, who has no less than 31 patents to his name is a smart guy whom you have to take seriously. And he’s just one of a host of other great technical minds you can connect with at Pioneers Festival 2017.

Sentient and its wise founder are unquestionably sitting at the cutting edge of the artificial intelligence revolution. What are they planning next, when will it happen and how will it work? You’ll learn a lot from Babak’s talk on stage, but you might learn even more if you manage to bump into him for a chat! Whether you’re a startup, corporate or investor, Pioneers Festival is all about opportunity. As long as you’re in the room, that is…