How We Went Online Dating to Create Match & Meet 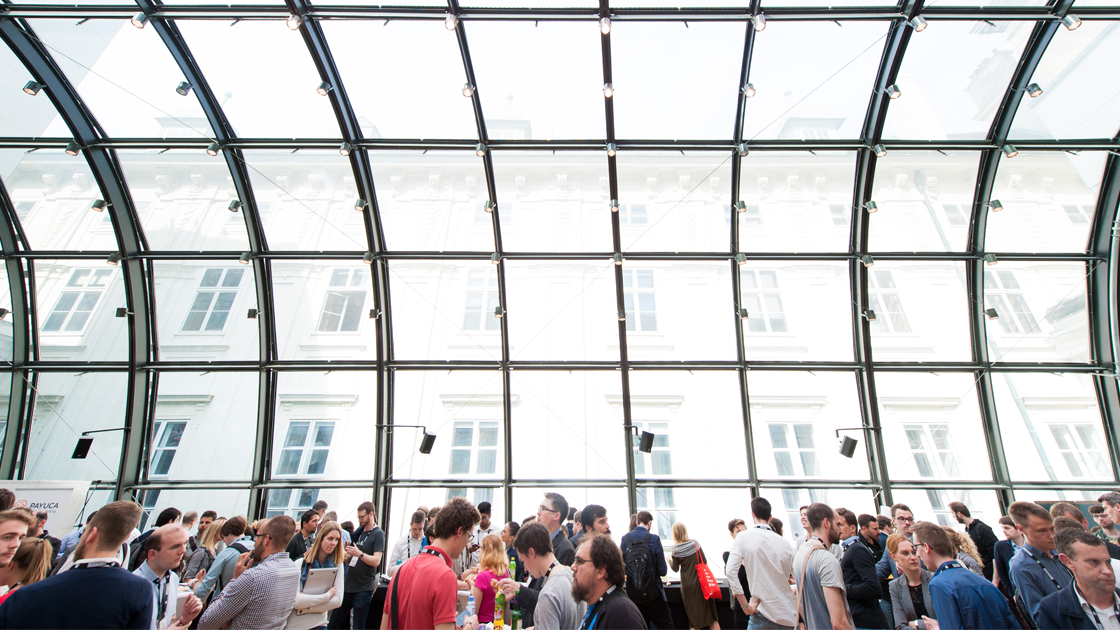 If you want to get good at online dating, doesn’t it make rather a lot of sense to set up a fake profile as a member the opposite sex? It’s got to be an eye-opener, surely, to see what your competition is doing. Especially eye-opening (hint: expect a lot of graphic anatomy lessons) if you’re male.

Almost three years ago, we at Pioneers tried out the fake-profile thing. But it wasn’t exactly about landing a ton of dates. It was about developing a red-hot match-making algorithm for our events.

We had a particular problem we wanted to solve. “Pioneers – especially the co-founders – had always been great at connecting the right people with each other,” says former project member Christoph Schnedlitz. “But it was usually done the old-fashioned way. We wanted to take this to the next level with an automated system in time for Pioneers Festival 2015. After all, we did have a lot of data, particularly for startups.”

In pursuit of a digital tool that would ensure investors would meet startups that ticked their boxes (and vice versa), we realised that dating sites would be our best guide. OkCupid were setting trends with their scientific match-making system, made famous by the guy who hacked it to make himself top match with thousands of women.

OkCupid was based on multiple choice questions. And it wasn’t just about how you answered them – it was about how you wanted your date to answer them too. And there was also a clever element of weighting to unravel. And so we took a closer look at it, making a few fictional profiles along the way. And then we got those profiles talking to each other…so to speak.

Then, it was a question of trying to apply some of those guiding principles to the system we were developing at Pioneers. After all, an innovation networking event offers plenty of parallels to dating.

“It was much the same, except with different questions. We just had to replace ‘Do you like long walks on the beach?’ with ‘do you want to bend over backwards to get seed funding?’!

“In many ways our investors replaced the women on a dating site. And the startups were more like the guys, in the sense that there were more of them and they were the ones sending most messages. And it’s the same dynamic at an event, where we would always have more startups than investors.

“We had to define what factors best determined compatibility between startups and investors. What’s the important thing that they want from each other? Startups are easy – they want money – and ‘smart money’ if possible. With investors, they might want startups with a certain ticket size. Or just startups in the health sector, for example. Geographic location is very important for some investors, especially angels.

“We had to define how important questions about geography, ticket size and so on should be in determining the match. We had to make sure the system asked the right questions, and that it would provide the right kind of answers to choose from.”

Finally we came up with 12 criteria, built our ‘innovation dating’ algorithm, and Match & Meet was born in time for Pioneers Festival 2015. That year attendees received a simple PDF shortlist of people they absolutely had to sit down with at the Hofburg. The feedback was overwhelming.

“We had people asking if we could read their minds! Some said, ‘Hey, I prepared for this event. I went through the list of investors and I identified the ones I wanted to talk to. I’d picked six or seven – and all five you sent me were on my list!’

“Investors were saying, ‘I thought I knew all the startups in my region, but you sent me a couple I didn’t know. And they were very interesting!”

But this was only the beginning for Match & Meet. Last year, the technology took a giant leap forward. No more PDF: a dynamic, mobile-friendly web tool joined the party. Not only did Match & Meet expand its database to begin matching corporates and startups, but it was also able to assign meeting slots and venues for matched parties.

“That was a big improvement. It was a hassle for matches to figure out when and how to meet, and automating that process was a great thing. No other event has anything nearly as useful. The only problem we had was that we ran out of tables for all the meetings people wanted!”

For 2017, Pioneers guests can expect an even better matching service – one that has been further fine-tuned at Mobility.Pioneers and Fintech.Pioneers earlier this year. As usual, it will only go live in the last few days before the festival, when attendee information is final, but you can get an overview here.

“Finding the right person and actually meeting them has never been easier,” says Pioneers CEO Oliver Csendes. “We really take care of all the work, so you can just focus on the networking.”

Algorithms aside, you’re probably wondering if we learned anything fun on our travels around OkCupid. Oh, that we did.

“For one thing, I learned that men are bastards,” chuckles Christoph. “The way they approached my fake woman profile…let’s just say I learned a lot about how not to treat women. The smell of desperation and misogyny out there is quite something.

“There were some creative pickup lines. One guy asked my fake girl if she grew up on a chicken farm. Think of another word for ‘rooster’ and you can imagine where that one went…”

But despite the alarming references and even more alarming photography we received, he reckons a fake profile is a great exercise. Even if you’re not trying to build an algorithm.

“I think every guy should try it for a while. It’s the best way to learn how not to approach women!”

And which of the 12 criteria get the most weight on our Match & Meet system? Ah, that would be telling! We can’t reveal our secret sauce, but we can certainly tell you that it works. So come to Vienna and try it for yourself. And get set to meet the innovation partner of your dreams…