A Giant Leap For Virtual Reality? 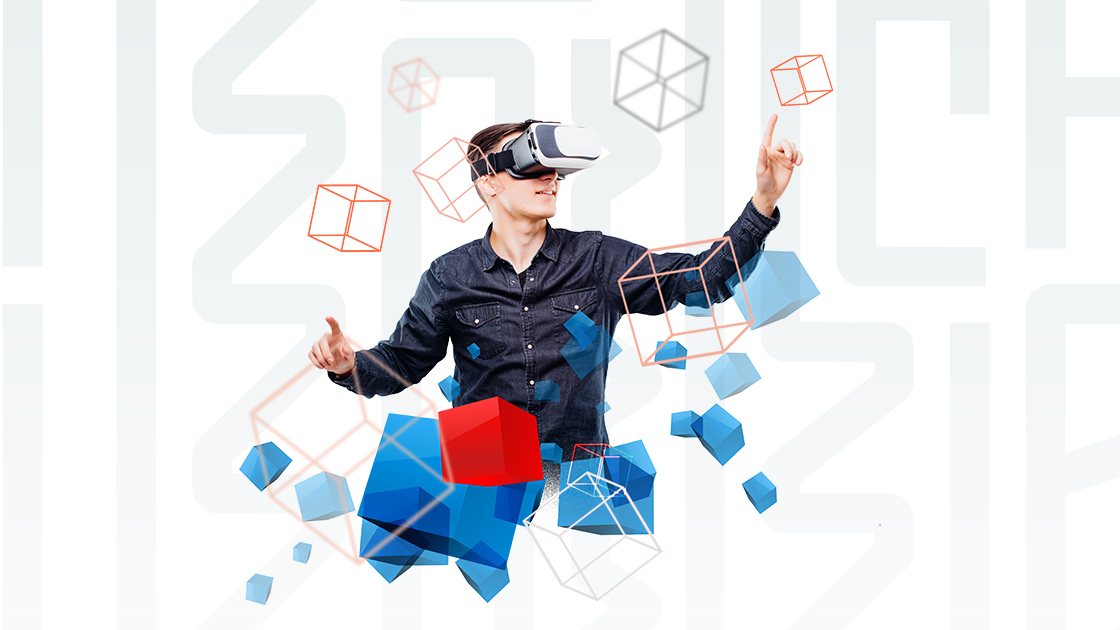 “Our hands our capable of unfathomable complexity, in a way that’s just so natural and so part of being human.”

So says Leap Motion CEO and Pioneers Festival 2017 speaker Michael Buckwald. Hardly a controversial statement, of course. And yet it’s all too easy to forget the power of our hands. Opposable thumbs are a massive part of the reason we dominate the planet today.

As Michael will explain on stage at the Hofburg, forgetting the power of our hands is exactly what we’ve done in the brave new world of virtual reality. Leap Motion seeks to redress that by bringing them into VR experiences. And with such technology rather hard to do justice in words, they’ll also be allowing Pioneers Festival visitors to try it out for themselves.

“A sense of connection with your body is one of the big things missing from the virtual world,” says Michael. “Every other mechanism besides hands is trying – and failing – to emulate them.

“Right now VR, and possibly AR, both have fundamental technological things missing that are part of the experience. Emotional things that have to exist for them to be massively disruptive mainstream products.”

What Leap Motion are doing is an exciting technological step, to be sure. But where does it apply to everyday life? Rest assured, this isn’t just something for gamers. Michael sees it ultimately forming the basis of a completely new, less limiting, non-binary way we’ll give technology our input.

“Over the last 30 years, we’ve seen the power of computing increase by almost unfathomable orders of magnitude. Yet input has progressed in a much more shallow way. We’ve gone through essentially binary things like a card you punch or don’t punch, to a keyboard you press or don’t press, to a mouse you click or don’t click, and a touchscreen you touch or don’t touch. It’s all very shallow and simple.

“I see our technology having applications not only for games, but for the primary input for the future of these devices.”

And that’s just on the consumer side. This writer likes the idea of using his hands on some kind of virtual keyboard. Presumably its non-physical nature might mean larger keys, and therefore fewer typos. On the subject of tiny buttons, Michael thinks our interaction with things like phones could change dramatically with the new possibilities he’s brought to the virtual horizon.

“As long as our input with tech is just ‘yes or no’ then we will try to make it small and disconnected. But when you open up opportunities for radically new experiences, people will be happy to use them in ergonomic ways similar to how we interact with the real world around us thousands of times a day – with our hands and fingers.”

What form this might take is tough to predict at this stage, but that’s exactly where Pioneers Festival gets you thinking. And, as you’ll learn in Michael’s talk, there’s further potential in education.

When a child learns to catch a ball, they don’t know the equation behind the physics of the ball’s arc. And yet the skill stays with them for life. This innate predisposition to learn in 3D, as opposed to our tried-and-failed paper or screen methods, is something Leap Motion can explore. Whether it’s elementary scholars experiencing and manipulating a historical battlefield, tertiary students diving right into quantum particles or a trainee doctor exploring a human body, experiencing things in three dimensions taps into our most fundamental intuitive learning abilities.

“The whole way people learn changes massively in this new world,” says Michael. “We’re 3D, our world is 3D and the way we think is 3D. But right now the way we are being made to look at the world is 2D! And that doesn’t make sense.”

To hear much more about how Michael intends to start fixing that, hear about further applications in health and industry, and experience his work for yourself, make sure you’re at the Hofburg in a couple of weeks!