What Do Millennials Really Want? 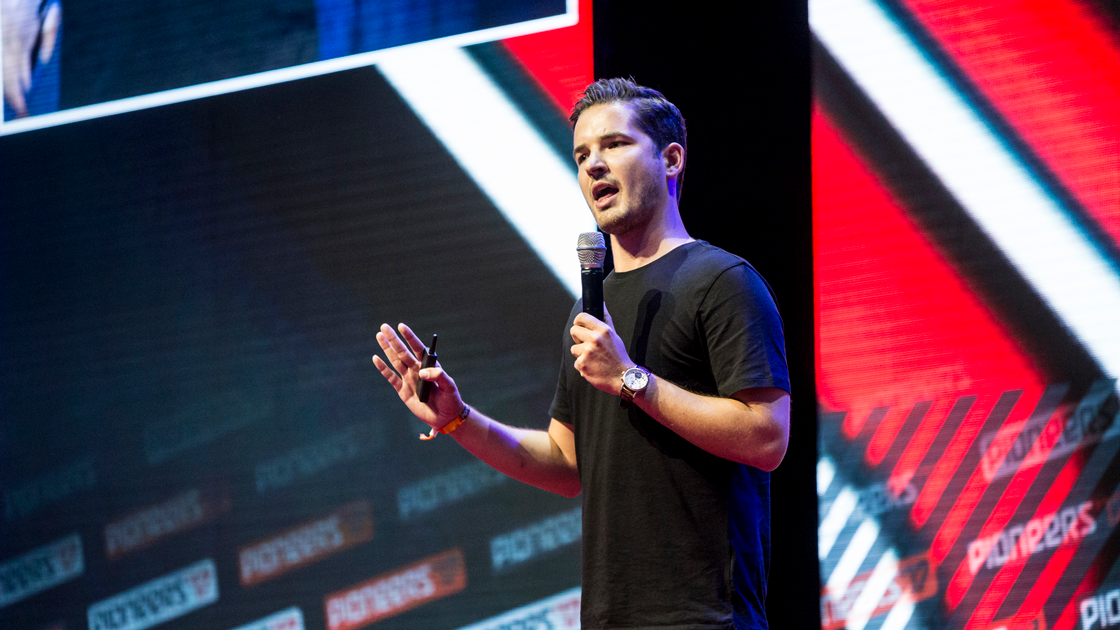 “Market research sucks. Nobody wants to take part in it. We all know it’s a pain.”

If you work for a company that wants to learn about its customers (every sensible firm on earth, then), this fact is an uncomfortable truth. Unless you’re the innovative type, of course. In that case, it’s a lucrative problem to solve.

So let’s get back to Jonathan Kurfess, the Appinio co-founder whose words these are. And we’ll let him finish what he started saying.

“Yet market research is nothing but sharing your opinion! And everybody is interested in opinions: sharing them and comparing them.”

If you don’t believe him, spend a few seconds browsing your social feeds. He’s right. People have an absolute compulsion to share their thoughts on just about anything. So then, if a company could find a way to integrate market research into something resembling social media, thereby making it fun and appealing to millennials, they’d be onto a winner, wouldn’t they?

Enter Appinio. The Hamburg-based startup has developed an app that does exactly that. And when you think about how prized a treasure information has become these days, that makes it an app with mega-potential.

Kurfess quit his regular job to co-found Appinio. And his is the kind of startup story we all love to hear – he left full-time work in order to solve a problem he’d encountered in that world.

“I was working in marketing at an FMCG (Fast Moving Consumer Goods) company,” he relates. “We didn’t have the tools to get fast, cheap and direct insights from our target group. We had to go through big institutes and the process took weeks or months. It also cost 30 or 40 thousand Euros. And the biggest problem was that we weren’t able to reach the young groups we wanted – the millennials.

“And every major market research company has a problem reaching 14-30 year olds. It’s the biggest issue that industry has. Traditional methods don’t reach those people.

“When I thought about it, I had to admit that I wouldn’t do market research myself either. But on the other hand, we have social networks, and everybody likes to share their opinions, whether they’re being asked for it or not. That’s human nature. And I thought that was a bit of a paradox.”

Thinking about that paradox, and summoning up enough founder chutzpah to quit the day job, quickly led to the genesis of Appinio. Kurfess, as a self-confessed non-geeky type who “still doesn’t have any idea about IT or coding”, needed a tech specialist. He found one in the shape of business introduction Kai Granaß, giving the startup another untypical feature: the co-founders weren’t buddies beforehand.

What they’ve come up with since late 2014 certainly shows that this approach can work. Appinio has built an app that Kurfess describes as ‘Instagram for opinions’. Liking, sharing and peer interaction, along with gamification elements such as badges, rankings and incentives, is proving the right recipe to make people want to use it.

Making the experience more than just a dull ‘survey app’ was critical to getting the enthusiastic engagement levels that would then lead to Appinio’s real revenue stream: selling survey opportunities to businesses. With this kind of user base, Appinio could – and does – allow companies to build highly-targeted surveys. Targeted surveys from which they can then get results from thousands of respondents in a matter of minutes.

When you hear this, it’s not particularly startling to learn that Appinio is already operating in profit. Its business clients (most are large corporates) number over 200 and come from all industries, ranging from Jägermeister to McKinsey, and from Warner Brother to Deutsche Bank to Volkswagen.

“We thought how could we build a product that on one side automates the whole research process to give companies faster, cheaper results, and on the other side would engage people with much higher participation rates than traditional market research. That’s why we did it with smartphones.

“Millennials are only approachable by mobile, so that is what we do. We’ve found a way for people to answer traditional market research that would have previously been on the phone or online.”

Key is that the paid surveys are just one, entirely optional, part of the app experience. But in the context of a mobile community (that already numbers around 200,00 users) already primed to share their opinions on just about anything a consumer-facing business might care to name, it’s proving easy to find enough volunteers to provide companies with market research gold: vast swatches of data in near real-time.

“We’ve solved all pressing market research issues,” says Kurfess in conclusion. “We’re the fastest service worldwide, we’re much cheaper, we’re able to reach millennials and we have the best targeting because people are constantly answering questions through the app, giving us very complex consumer profiles to target the right service to the right people.”

Having initially started in the German-speaking market, and expanded into the US last year, the app is planned for a worldwide roll-out within the next six months. And, as Appinio’s founder also points out, there’s no reason this can’t go well beyond product research.

With the possibility to create surveys for as little as one Euro per response, an Appinio survey can be as relevant for startups, researchers and individuals as for big business. There’s already been some take-up in the academic community, for example.

With the manageable costs involved, consider also the potential for anybody to poll voters or find out all manner of useful information. One of Appinio’s early surveys predicted WhatsApp servers crashing around midnight, after 60% of respondents said they would send New Year wishes by WhatsApp. Sure enough, that’s exactly what happened. So if you’re thinking of dabbling in predictions markets with such Pioneers friends as Augur, take note!

And here’s one last piece of trivia from Appinio’s huge collection of data: most men consider themselves above-average when it comes to attractiveness. Most women, on the other hand, think of themselves as below-average.

And while that may seem like a completely gratuitous fact, there will be plenty of marketers out there who might find a way to work it into their plans. Consumer data is always valuable to someone…but with Appinio it’s now become affordable.

With all that in mind, investors out there might be interested to know that Appinio is running a final seed round as they look to raise a couple of million for their full app rollout. Definitely worth a look!