Turbine Turns Oncology On Its Head 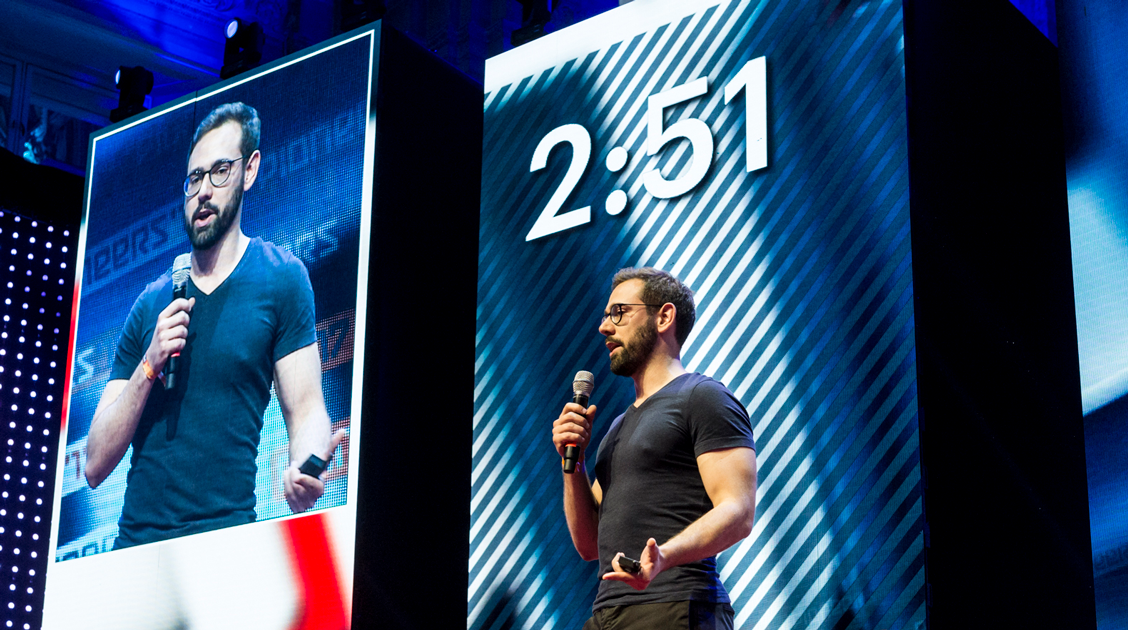 The number one challenge for medical science right now? Finding solutions to cancer would get plenty of votes. Few areas of research have as much resource devoted to them – and few diseases cause as much frustration and suffering.

But what if we could accelerate the process of testing cancer drug hypotheses from a matter of months to a matter of minutes? And what if – just as fast – we could match a cancer patient’s particular cells to the drug that will work best for them? Hungarian startup Turbine has found a way to do the former, and is working hard towards making the latter a reality too.

It’s all down to computer simulation. Instead of finding out whether a cancer drug might work through the traditional (and expensive, and slow) process of laboratory testing, Turbine has developed software that allows you to run that experiment virtually. Which means researchers can now explore literally millions more avenues than ever before.

Technology doesn’t get much more positive and meaningful than this. No wonder, then, that the judges saw fit to pick Turbine as one of the eight Pioneers Challenge finalists at Pioneers’17. And no surprise, either, that Turbine is already working with oncologists at two of the world’s pharmaceutical behemoths.

“The problem with the current approach is that it’s super slow and very costly,” says Szabolcs Nagy, one of four co-founders in what looks to be an impressively balanced team. “So even huge pharma companies usually have very strict limitations on how many experiments they can try – they have to select the experiments most likely to succeed. But 99% of the drug projects they try fail sooner or later, and the ones that do succeed get to market really slowly.

“That’s a lot of wasted money, but the biggest problem is the huge potential still out there to focus on drugs that actually would work, and get more drugs to patients faster. This is the challenge we’re addressing at Turbine. When we started in 2010 the question was whether we could somehow devise a way to bring these trial-and-error experiments out of labs and clinical trials, and into some kind of scalable computer platform. And that’s basically what we’ve done over the last seven years.”

This is heavy stuff, compared to some of the other projects populating the startup world. The Turbine crew are serious scientists, all working with the drive that comes from having lost loved ones. Each of them has been touched by the disease in some way, which means they understand exactly what the hurry is when it comes to trying every hypothesis. And while fast simulations are good, taking the guesswork out of which experiments to do is the critical other side to the equation.

“Say we run a million simulated experiments. After that we can see which 100 or 150 should actually be run. So we narrow drug research down in a more focused way, with a much higher chance of success. Being able to do so many simulations means researchers can find directions they might not otherwise have explored. If you’re a researcher and only have 50 experiment shots, you go for what seems like the sure win. You don’t try the really out-there ideas.”

The Turbine technology essentially replicates how a cell will react and respond to a particular drug, on a molecular level. Having nailed the first phase, which is being able to simulate a drug’s effect on ‘standard’ cells, Turbine is already thinking ahead to the second part of the dream, which would be providing ‘personalised’ patient-to-drug matching.

“It’s still research and it would be unethical to say we can do it already, but we’re working on simulations of the cells of a particular patient,” says Szabolcs. “The vision is that you would have the patient go into the clinic, get a sample taken and sequenced, then the doctor would upload the sequenced data directly to Turbine. Turbine then does simulated experiment and tells the doctor which is the most likely treatment to succeed.”

Best-case scenario of how long that might take? “With the right computing power, it could be as little as a couple of minutes.”

About as long as it took to do a pitch at Pioneers’17, then! Turbine thoroughly deserved their place in the Pioneers Challenge finals, and even though they didn’t win overall this time, any victory in the fight against cancer will be the ultimate triumph.