SzeleSTIM Does It Again: Two Winning Pitches in Four Weeks!

By Richard AsherJuly 5, 2018No Comments 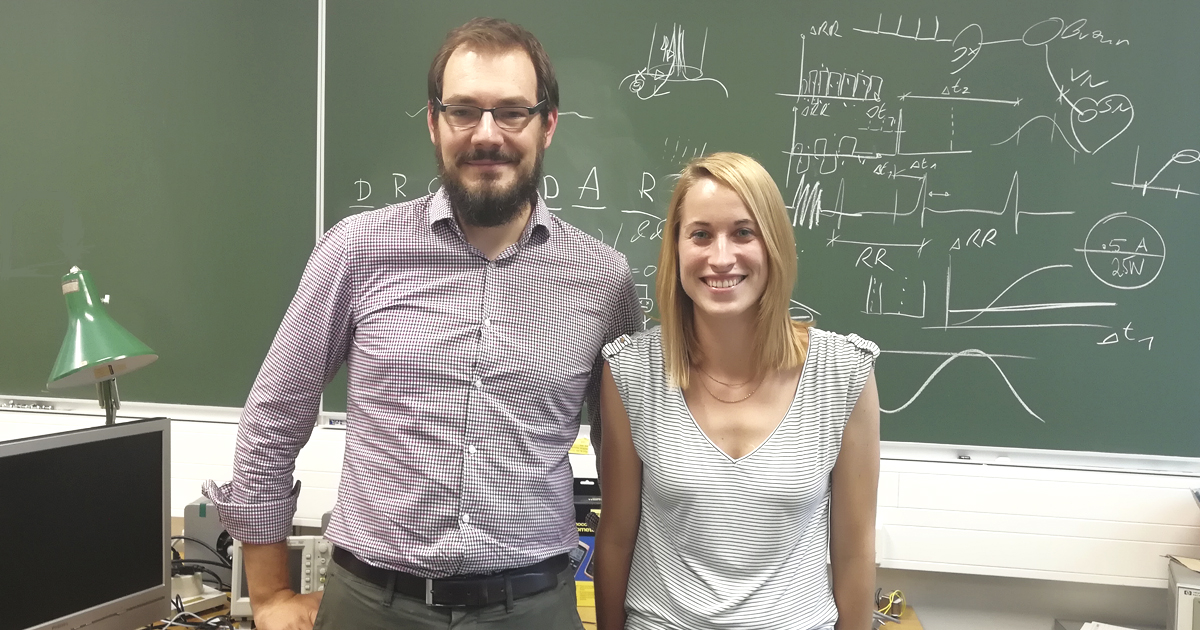 Making serious business connections isn’t the first thing that crosses your mind when someone tells you they went 48 hours without sleep in Bangkok. But that’s exactly how it was for the SzeleSTIM team of Project Manager Stefan Kampusch and Regulatory & Quality Affairs Manager Sarah Lechner on their visit to the Techsauce Global Summit at the end of June.

The Austrians certainly made the most of their visit, despite a 20-hour journey that led straight into a hot and humid early-morning tour of Thailand’s tumultuous capital, followed by the day of networking and masterclasses that kicked off the event. But the sleeplessness was worth it in the end, because the connections they made opened their eyes to a world of possibility for their chronic pain therapy in Asia.

Aside from actually winning the pitching event, two contacts in particular stood out for Kampusch.

“There was a very promising connection with OpenTeleHealth,” he says. “They have a telehealth solution in place in Thailand – it’s already in the major hospitals. They have a certified medical product, and from first impressions we can build on this quite fast. This way we could integrate our technology quickly in major hospitals there, as a kind of pilot. That’s very promising.

“As it happens they’re also doing a pilot study with Austria, and he actually knows the guys with whom we wanted to do our own study at home! So that was very lucky.”

Beyond the madness of meeting someone in Thailand who could help with connections all the way back in their own country, the second big connection was with a platform with which SzeleSTIM might easily integrate.

“We also made contact with a surgeon who won an accelerator program in Thailand,” Kampusch continues. “He has a platform for medical tourism, helping people from outside to find the right doctor in Thailand. We could easily give our therapy as an option for foreigners. He also has a huge network of contacts in the clinics in Thailand.”

Before Pioneers’18 and the ensuing trip to Bangkok, SzeleSTIM were not aware of either the telehealth or medical tourism angles to approaching a market like Thailand. As a result of meeting people on the ground there, a country they had not been seriously considering now represents a real opportunity.

“We made really interesting contacts – we had a booth and a lot of people approached us,” says Lechner. “We found people more open-minded when it comes to new approaches in medicine.

“The people we met really gave us good advice about which markets in South-East Asia to approach, how to do it – and how not to do it! It was really insightful for us to learn about these markets.”

Another thing they learned was that South-East Asia could act as a kind of ‘back door’ to the more complex and regulated (but highly coveted) Japanese market.

“We always wanted to go to Japan, because it’s one of the three major players worldwide, but we knew that it was very complicated,” says Kampusch. “However, there’s a good relationship with Thailand. Now we know that we can try things early there, and that would make it easier to go to Japan.

“More generally we learned that there are three major countries in South-East Asia that you have to tackle: Singapore, Thailand and Malaysia. If you have those three countries, and the major players there, it’s much easier to go to the other countries.

“We didn’t know about this before – and we wouldn’t have got those connections without going to the event. Asia now seems much more attractive for us!”

Having found the first part of their Pioneers Challenge Award prize to have exceeded expectations, SzeleSTIM are now more excited than ever about part two: an autumn networking trip to Silicon Valley.

“We didn’t expect to reach such a big network at Techsauce Global Summit,” concludes Kampusch. “If Silicon Valley is just as effective in terms of the people we meet – and I am sure it will be – then that will be very good for our business!”