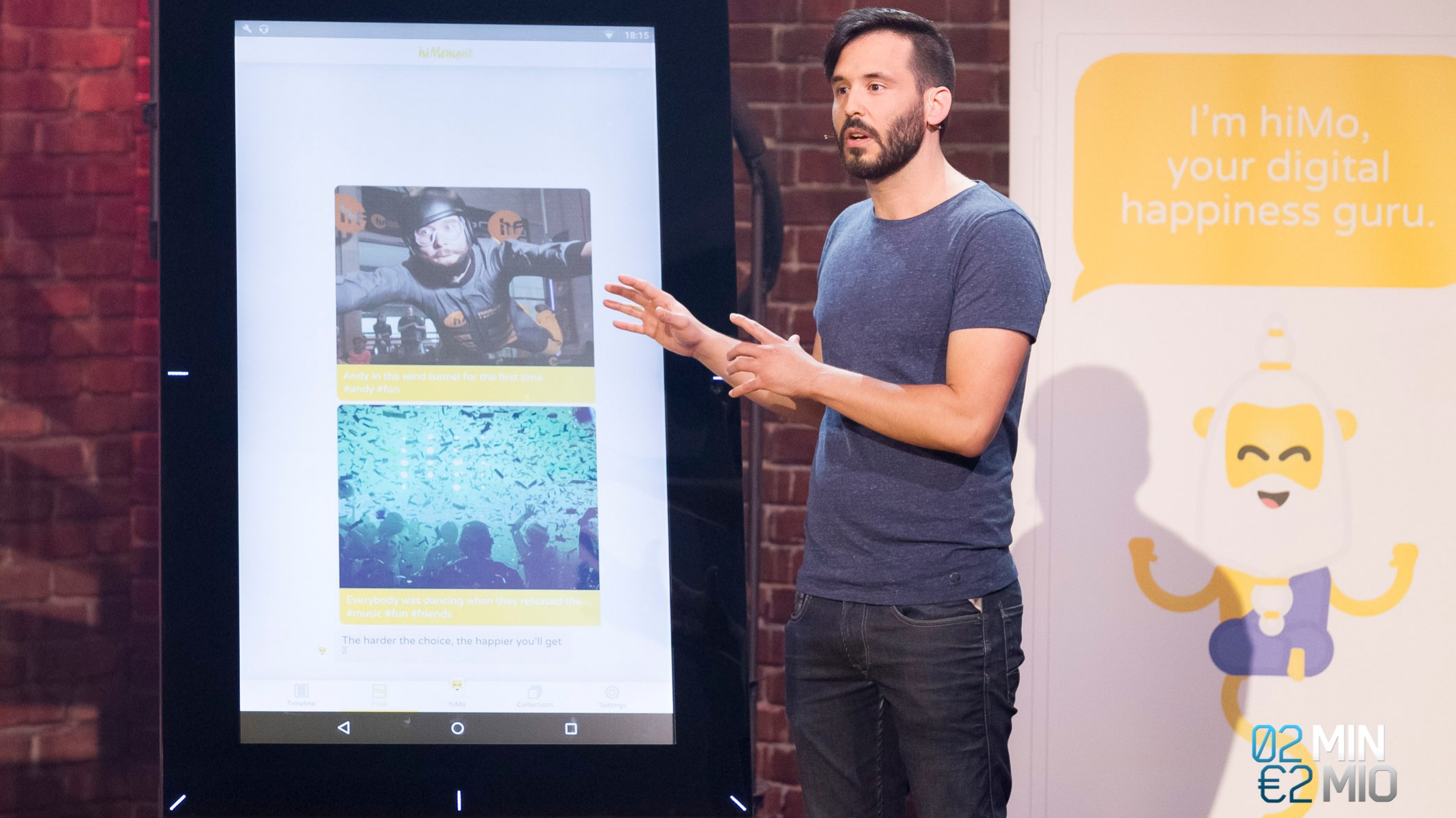 The trickiness of raising a (pre)seed round for your startup boils down to an inherent contradiction. On the one hand, raising your first round is very easy, as you have to show very little to get funding. On the other hand, it’s really hard, because you have very little to show.

This really sums up what we experienced when we tried to raise funds for hiMoment – and app that makes people happier by combining neuroscience and smart algorithms into an entertaining user experience. At that early stage in our startup’s journey, investors were focusing their attention on how experienced our team was (answer: very), whether we are trying to solve a problem in an attractive market (we were, and still are), and whether our “algorithm for happiness” vision was bold enough. And they were happy with the answers to those questions: so far so good.

Then it became tricky: Our early prototype showed some promise, but it was far from being a consumer-friendly product that drew in user numbers without a marketing budget (which we didn’t have). It was buggy,difficult to use and the onboarding was basically non-existent, resulting in a high user churn on the first day after installation.

So how did we – with only 500 test users under our belt – manage to raise a seed round at a valuation that was about 50% higher than the average Austrian startup raises in its first investment round?

Looking back, there are six key lessons from our successful fundraising experience. I learned them along the way and want to share them with you – so hopefully your fundraising process doesn’t take as ours did!

Investing is intuitive, so build trust and faith

Should you (like me) come from a corporate finance or M&A background, the first thing you need to ditch is everything you think you know about investing. It doesn’t apply here. Trust me: none of your due diligence expertise and NPV calculations will help you find the right valuation or understand potential investors.

An investment at this stage is a bet. The investor takes this gamble on your ability to address a promising market with your vision. Given so few data points, the decision-making process is largely intuitive. Once you understand this, you realize that the two most important things you need to instil in them are trust (in both you and your team) and faith in your vision. All our investor relations activities were focused around these two pillars.

FOMO: What keeps your investor up at night is missing out, not misinvesting

I got this piece advice from one of my investors (unfortunately, it came after they’d invested!), and it blew my mind. He explained that there are two types of concerns an investor has. The first is that they might invest in a startup that fails. The second is that they might not invest in a startup that succeeds. Which one do you think keeps the investor up at night?

To invest in a company that eventually fails is part of the investor’s business plan. It’s unfortunate, but expected. Not investing in a startup that ends up being the next Airbnb? That will haunt them for the rest of their lives. (How much did a Bitcoin cost when you first heard about it and decided not to buy? Feel that sting in your chest? THAT’S the feeling!).

I’m not advocating shady tactics to increase FOMO. But it didn’t harm us in the slightest to present our startup as a moonshot rather than a solid business case – even though that may seem counterintuitive.

Fundraising is a sales process…have a funnel

Fundraising takes months and involves several investors, with whom at any given point you will be at a different stage of the ‘selling’ process. The only smart thing to do is to approach it the same systematic way you’d approach customer acquisition: Have some sort of funnel tracking (for the first round, a spreadsheet was enough; for Series A, I use a CRM system). And understand that if the funnel is not constantly filled up on the top, your chances are diminishing at the bottom. Don’t stop working on the top of your funnel just because you’re in promising negotiations with another investor.

At events, forget the elevator pitch: Practice your three-second pitch

Events such as Pioneers’18 are a great way to get to know investors. The only problem is that those investors are usually bombarded with pitches left and right, hardly getting a moment to catch their breath. They’re interested in finding new ideas, but they certainly don’t have time for an elevator pitch. It’s something that I realized fairly quickly, so I developed what I call a “three-second pitch”, one that I could pitch even to investors who were just walking past.

“Do you invest in happiness?” is a long way from a complete pitch. But it was definitely one that got them to at least do a double take when passing by. Funny story: I said those very words to an investor at Pioneers’17 and his response was a confused look, a “No”, and walking away. He is now invested in my company – the question never left his mind.

Pitch for interest, not completeness

On a similar note, my co-founder Jan gave me this one idea that made us win almost any pitch competition that we entered. When I pitched, I never even tried to cover everything in the 90-180 seconds they typically give you on stage. If you’re busy trying to follow the pitch protocol that self-proclaimed pitch experts give you (problem, solution, market, team, traction, competition, financials), you could well use up all that time without being able to achieve what the pitch was supposed to: raise interest.

We never talked about competition, never showed revenue or user projections, and never spent time explaining our go-to-market strategy. All of these things were asked in the follow up Q&A – which came after we managed to excite jury and investors with our idea of sending users algorithmically curated sequences of important moments of their lives that could trigger their brains to train any mindset. Had we not spend time explaining this, no revenue projection or hockey stick graph would have been able to raise an eyebrow. The same logic applies to the emails you send to investors: Focus on the one thing that makes them open the attachment that contains the full information, not the whole damn pitch.

If you can’t get an intro, you’re not worth their time

Apart from events, the only other viable way to get to know investors is through introductions. Cold emails don’t work. Some Silicon Valley investment funds don’t even have an email on their website, let alone a deal flow management tool. One prominent investor summed it up like this: “I have two thousand connections on Linkedin. If you can’t convince ONE of them to lay an intro, you’re not worth my time.” So turn off your spam email server this instant, and start leveraging your network for meaningful contacts.

Read more about hiMoment here, and visit their website here.