Startups Get Set for Pioneers’18: Applications Are Live For ‘Blurred Frontiers’ Event!

By Sophie RabNovember 28, 2017No Comments 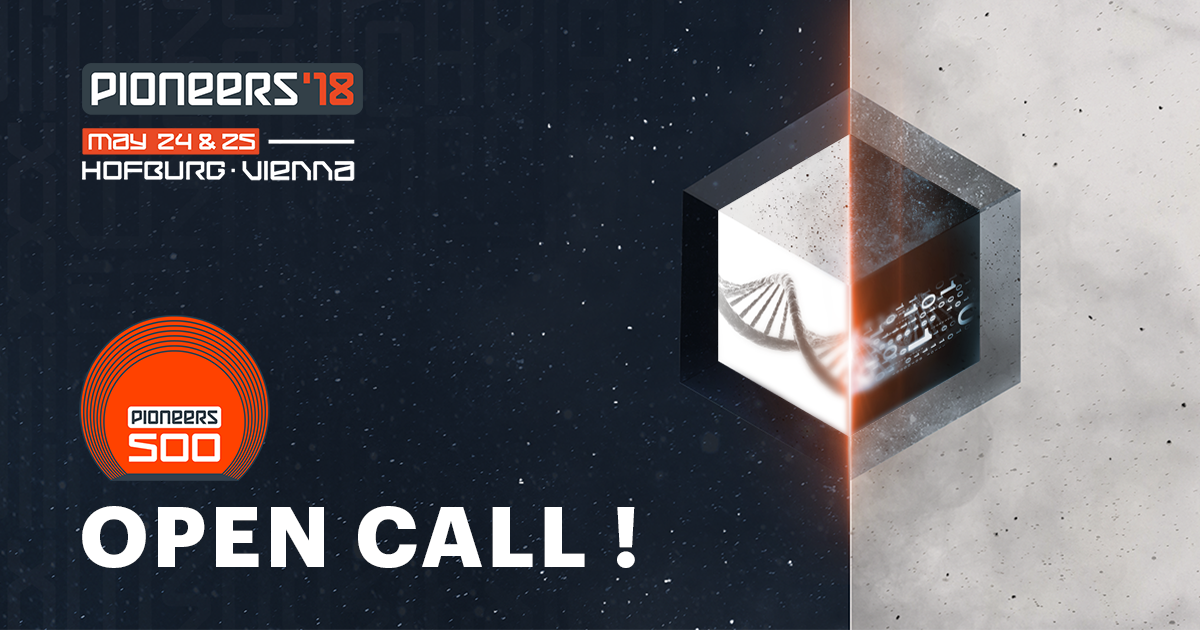 Our biggest and broadest event of the year, the 2017 edition of which recently won the beaworld ‘Best Conference 2017’ Award, welcomes startups from a wide range of technologies. Our focus for next year is Blurred Frontiers, in which we explore the ever-fuzzier boundaries between deep tech and humanity, ultimately redefining human tech frontiers.

Applications are now live for both seed and Series A startups who would like to earn a pair of free tickets to join us at the magnificent Hofburg Imperial Palace. The Pioneers500 program is our annual selection of the 500 most promising early-stage tech start-ups identified in cooperation with the global tech community and selected key players.

Once the Pioneers500 is determined, we’ll select 50 of the startups to be part of Pioneers Challenge, which means they will have the chance to pitch. From the day-long pitching session in the cauldron of the Hofburg’s Amplify Stage, eight finalists will emerge. These will earn the chance to pitch on the Arena Stage in the Pioneers Challenge Finals, the grand finale of the two days at Pioneers’18.

Startups can apply for Pioneers500 here. Applications close on March 31, 2018.

It’s also time for GovTech startups to start getting their application together for GovTech.Pioneers, the specialist event we’ll be running on May 23. A welcome addition to Vienna’s most impactful annual week of innovation last year, we’ve expanded GovTech Pioneers into a full-day event that will dive even deeper into this fast-growing, high-potential area. Later in the week, during Pioneers’18 itself, there will also be a two-hour GovTech stage session.

Startups working on technology that would be of specific interest to governments and government departments, whether at city, state, national or even United Nations level, can apply here.

Finally, if you are a startup working in the mobility space, don’t forget you can also apply for our Mobility.Pioneers event in Munich on February 8. Time is running out for this event – also even bigger than last year’s inaugural edition – with applications closing on December 18th. Apply here!