Launching Your Startup In Two Countries: Tips from a Pioneers’18 Top 8 Finalist 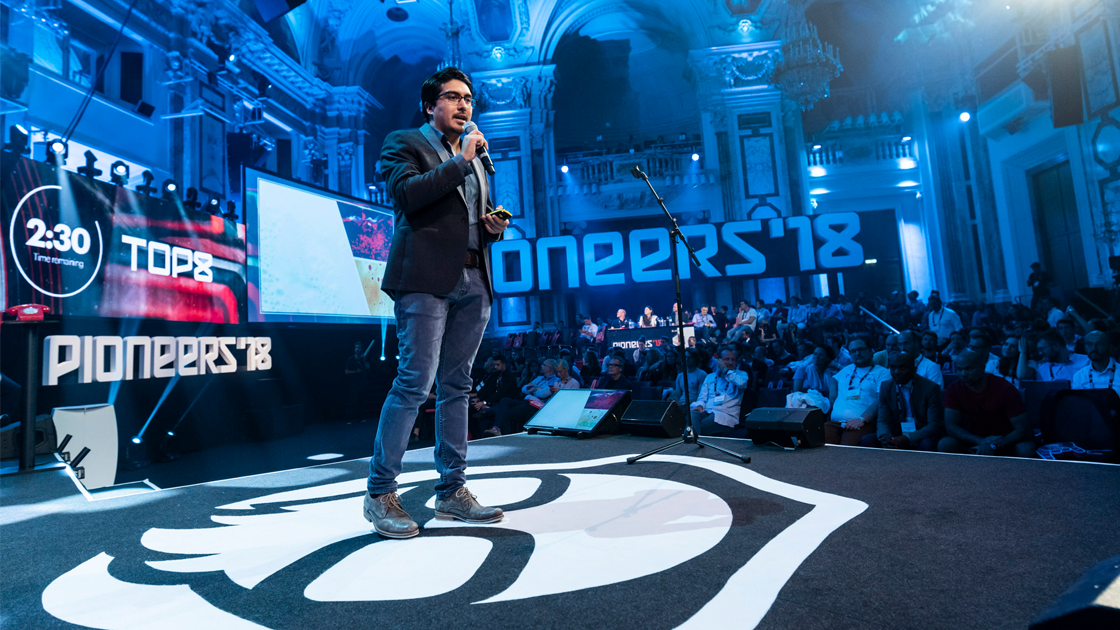 Protera Bio are living proof that no matter where your idea might be born (and Chile is far-flung from pretty much everywhere!), there are no barriers to thinking about international possibilities from the very beginning. The startup has leveraged America throughout its journey, which only began formally after Alvarez and his colleagues joined the IndieBio accelerator in San Francisco for four months in 2015.

They emerged from that with a validation of their highly promising technology: a powerful tool to engineer and design proteins exponentially faster through the use of a deep learning algorithm that applies the patterns it can recognize in nature. And while the science was always going to be executed in Santiago, the entrepreneurs still chose to remain in the USA for another four months after they were finished with the IndieBio program. Because even at that early stage, while things were taking shape, they realized that incorporating in the USA had certain advantages. They now hold a sales office there, despite their technical base and ‘DNA’ being thoroughly Chilean.

“There’s a lot of talent and highly-skilled people in Chile, but we believe that by splitting our operation we can use our money in a very smart way, decreasing operational costs fourfold compared to having our lab in USA,” says Alvarez. “One drawback of this is the longer lead times to get new equipment and very specific reagents – but we compensate for that with a well-prepared operational plan.

“Our experience has told us that the USA, mainly San Francisco, is the main hub for business connections in many different industries, so I would encourage everybody to expand there as soon as possible, even just with a small office or through an acceleration program. This decision was key to our startup growing and client acquisition.”

Another big decision for Alvarez was the recent name change. Along with a pivot in technology or business model, this is something many startups go through during their lives. Sometimes there’s a better name that can reflect the revised technology or speaks more clearly to a redefined customer. Or sometimes it’s just a case of the original name having been a rushed job that doesn’t quite roll off the tongue.

While solving a real problem and the impact your business has are always the most important things in the long run, your name is nonetheless the first contact most partners or clients will have with your startup. It’s like that book cover by which everyone judges you. It needs to be catchy – but also adapt along with the business.

“We named the company GEA Enzymes because we wanted something related to nature, our main inspiration,” explains Alvarez. “At that moment the only focus was enzymes. In this context GEA means earth and is also the Spanish name of Gaia.

“Now that the company has grown and raised US$ 1.7m in funding, our scope has changed. We’re working not just with enzymes but with proteins in general – small proteins that can work as antibiotics or larger proteins that are actually enzymes. Because of this we decided to change the name to Protera Bio which has a similar meaning, mixing PROTeins and TERA, from the Latin Terra (earth).”

Would he do anything differently if he had the chance to go back in time?
“If I could, I would dream even bigger starting from the first day! That’s something that we learned through IndieBio.”

Another thing they learned, a little more recently, was that it never hurts to allow extra travel time when multiple flight connections are involved! These are a frequent feature of travelling anywhere from Chile, and having to do things this way almost resulted in the startup missing their Pioneers Challenge Award Top 50 pitching slot on the first day at the Hofburg.

“We missed our connection from Spain to Venice, which meant we then missed our connection to Vienna. We had to spend the night in Venice – practicing our pitch in a hotel near the airport. We arrived on the morning of Pioneers’18 – without our luggage, which only came to Vienna later – and basically we went straight to the pitching stage.

“I’ve done a lot of pitching over the last two years, but I still get nervous just before I have to pitch. This time, though, it was pure adrenaline! I can’t even remember the jury questions – but I do remember Alexander Hoffmann from Merck Ventures was there as a judge. And we ended up having a meeting with them later – we actually made several good connections with investors in our space at Pioneers’18.”