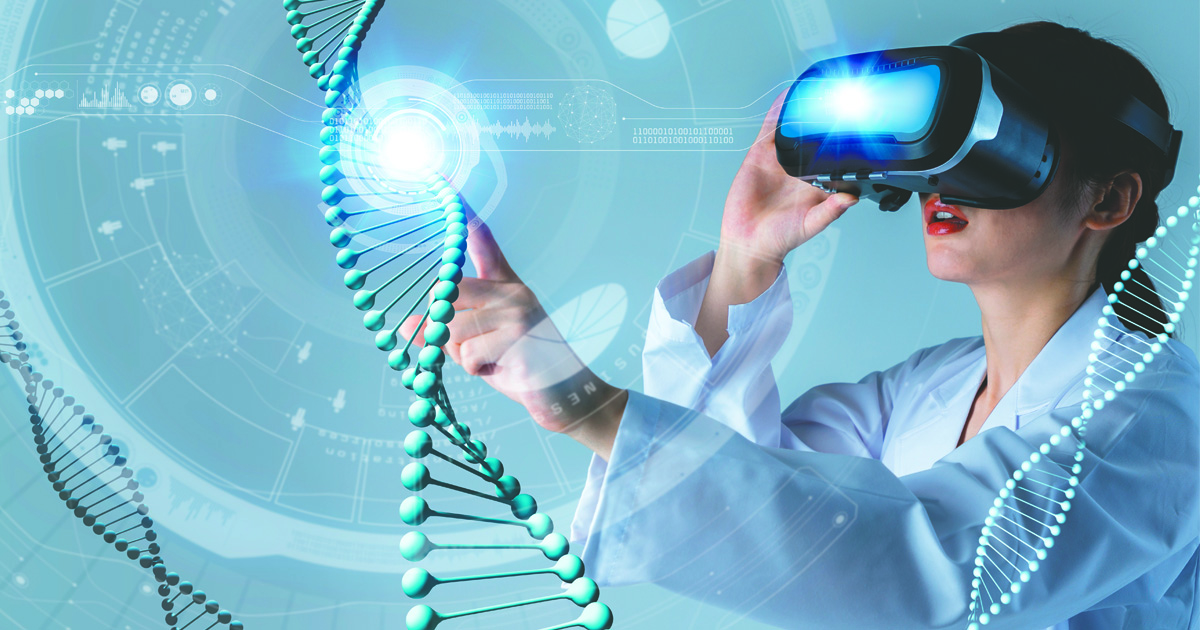 Throughout history, artists and engineers have combined images and ideas to enable us to see the world in new ways.

In the 1890s, for example, the film era was disrupted by the Lumiere brothers. Legend has it that one of their first films created a real panic: the audience fled their seats after seeing an image of a train hurtling toward them on a screen. The audience wasn’t used to seeing images like this. Then as now, perception is a powerful thing.

In 2018, thanks to virtual reality (VR), we could perceive that train with even more frightening reality. Many think it could be the next breakthrough in a multitude of industries. It’s already proven so in entertainment and games. But what’s happening in the health ecosystem shows that it could have a remarkable social impact too.

Teams of innovators around the globe are using VR to push the boundaries of human ability. In a recent example, headset maker Fove undertook a crowdfunding campaign to create an app called Eye Play the Piano, which would allow kids with physical disabilities to play the piano using the headset’s eye tracking technology.

This is just one example of VR’s therapeutic potential. The power of immersion in VR is one of a kind in the realm of technology. It can warp our sense of time, or even let people forget about what’s happening to their bodies. Combined with what doctors call CBT (Cognitive Behavioral Therapy), VR can be used to calm patients, and even reduce pain during invasive procedures.

One such treatment is exposure therapy for patients with phobias. Psychiatrists are using VR technology to help patients deal with fear of flying, claustrophobia and more. In this way patients can experience things in a controlled, safe and private environment – an effective way to break patterns of avoidance.

Virtual reality is also augmenting the learning experience for medical professionals, allowing surgeons to plan prior to operations, or for medical students to learn anatomy faster and more practically. Surgical training has traditionally involved cadavers and a gradual process of assisting more experienced doctors before taking greater responsibility for the surgery. Virtual reality provides another means of practice, without any risk to real patients.

Take the example of a difficult tumor at the base of the skull, wrapped around the blood vessels that supply circulation to the brain. It’s important to know exactly where everything is located ahead of time, because it’s far from ideal to plan going in one direction and then finding out that you can’t see some critical element of the anatomy. Ideally, surgeons must have a clear picture in their mind. And the best way to do that is to immerse yourself in the operation. VR allows you to fly inside the skull and look at the tumor from every angle.

This is called Surgical Theatre. Invented by two former air-force officers now working at University of California Los Angeles (UCLA), it combines 3D medical-scanning technology with a flight simulator to create a patient’s virtual brain. You’re not just looking at something – you actually feel like you’re there.

It might feel strange to enter and navigate a virtual world that reflects a physical world, especially one that we could never see without cutting someone open. But it’s powerful for surgeons to be able to study every blood vessel and its relationship to the tumor, rehearsing every step required to separate the tumor. It’s like having extraordinary perception, the ability to see that which is hidden. We can easily envision a day when surgeons will remove tumors with the precision of a skilled samurai, using knowledge from a virtual world that their eyes alone could never reveal.

But the ultimate challenge for VR in this decade would be the seamless integration with real world. With the help of a robot, could a surgeon sitting quietly in their office treat patients in a war zones? To achieve such goals, 5G connectivity will come in handy. Deutsche Telekom, throughout hub:raum 5G prototyping program, is already starting to test this technology with VR and AR applications

Although it remains in its infancy, VR’s applications are making strides in multitudes of industries. But in some cases there’s a flip side: users can start to feel redundant. They feel that they’re escaping from the real world and sometimes this feeling has proven to be an isolating one. We must guard against creating isolated digital junkies, because making human connections will always be important in life and work. We have to bear in mind that our perceptions alter how we view and function in the real world, whether what we perceive is real or imagined.

So while we have important choices to make around VR, I believe that the virtual world has the potential to bring us together in ways that would otherwise been impossible. I also believe this is the beginning of a powerful new means of examining the world.

When artists and engineers invent new ways for us to perceive things, it’s not simply to entertain us but to make us see the world we inhabit in new ways and improve our lives. The question is whether VR will bring us together or tear us apart. If we could live a day in somebody else’s life, could this help us appreciate the other’s point of view? Would we find empathy from one another? Could it become a powerful tool to teach compassion?

With such intriguing possibilities, one thing is clear for me: virtual reality is not a train we should run away from!

Interested in the latest developments in health technology? Then join us at Health.Pioneers in Vienna on October 10th. Tickets and more information are available here.