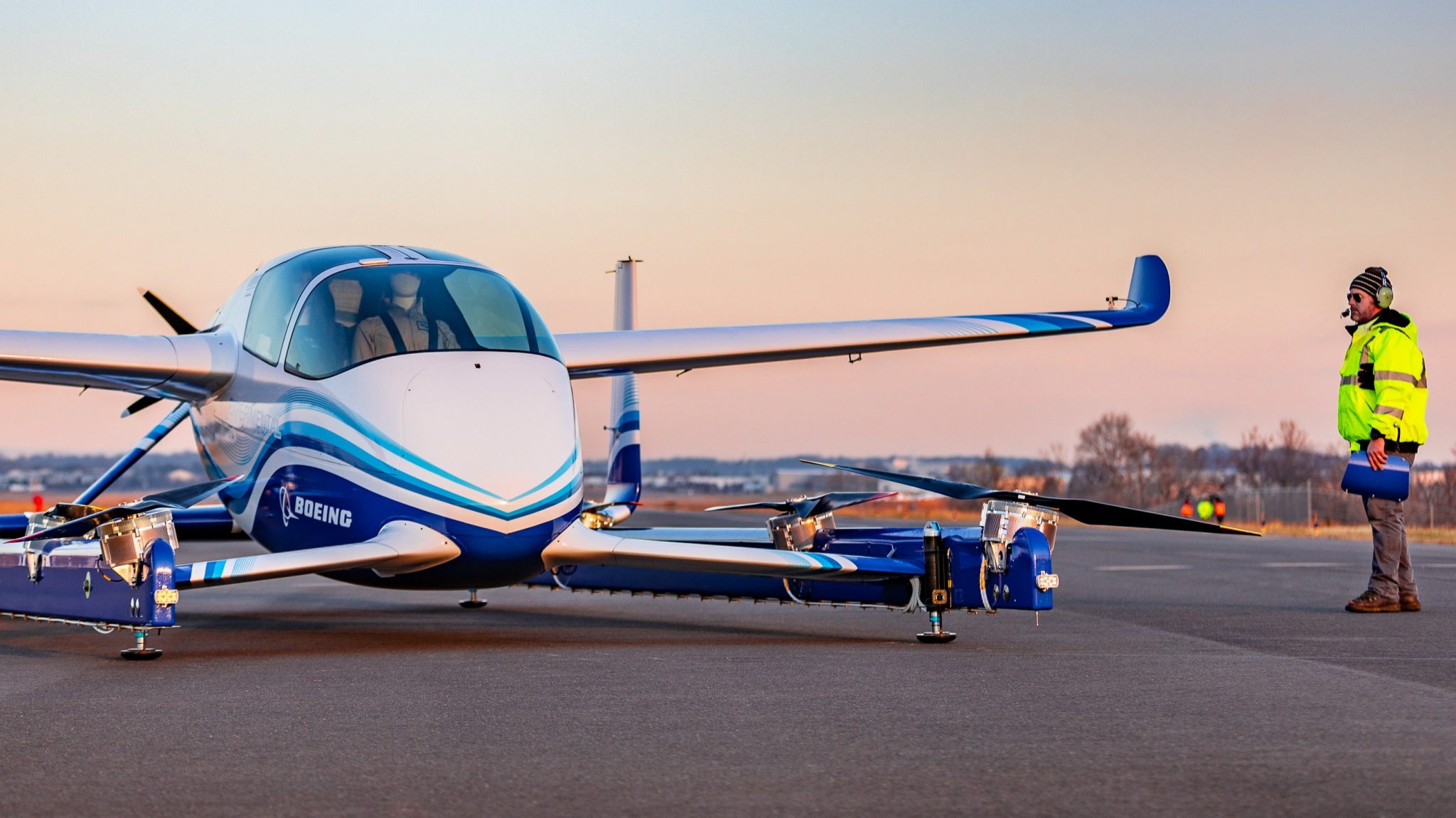 The test took place earlier this week in Manassas, Virginia, where Boeing subsidiary and NeXt developer Aurora Flight Sciences is based.

It was a gentle foray into autonomous flight, with the successful test consisting of only a controlled takeoff, hover and landing. But Boeing has gotten to this point quickly, says its Chief Technology Officer Greg Hyslop.
“In one year, we have progressed from a conceptual design to a flying prototype," he said. "Aviation is the world’s safest and most efficient form of transportation, and we will continue to lead with a safe, innovative and responsible approach to new mobility solutions.”

The prototype tested this week is designed for fully autonomous flight from takeoff to landing, with a range of up to 80.47 kilometers. Measuring 9.14 meters in length and with a width of 8.53 meters, its advanced airframe integrates the propulsion and wing systems to achieve efficient hover and forward flight.

Forward flight and the challenging transition between vertical and forward flight modes are next on the test agenda for the prototype. Nobody can say just when such autonomous passenger flight technology will make it into full-scale operation, but Aurora’s CEO John Langford is sure of it’s potential.

"This is what revolution looks like, and it’s because of autonomy," he said. "Certifiable autonomy is going to make quiet, clean and safe urban air mobility possible."

Boeing is of course not the only aerospace company working hard on urban air mobility. Airbus is doing the same thing, and Mobility.Pioneers attendees will hear from its Urban Mobility Program Manager Andreas Thellmann on February 7th. Click here to read our exclusive interview with him.

The latest urban air mobility concepts will be high on the agenda at Mobility.Pioneers in Munich on February 7th. Tickets can be bought here.