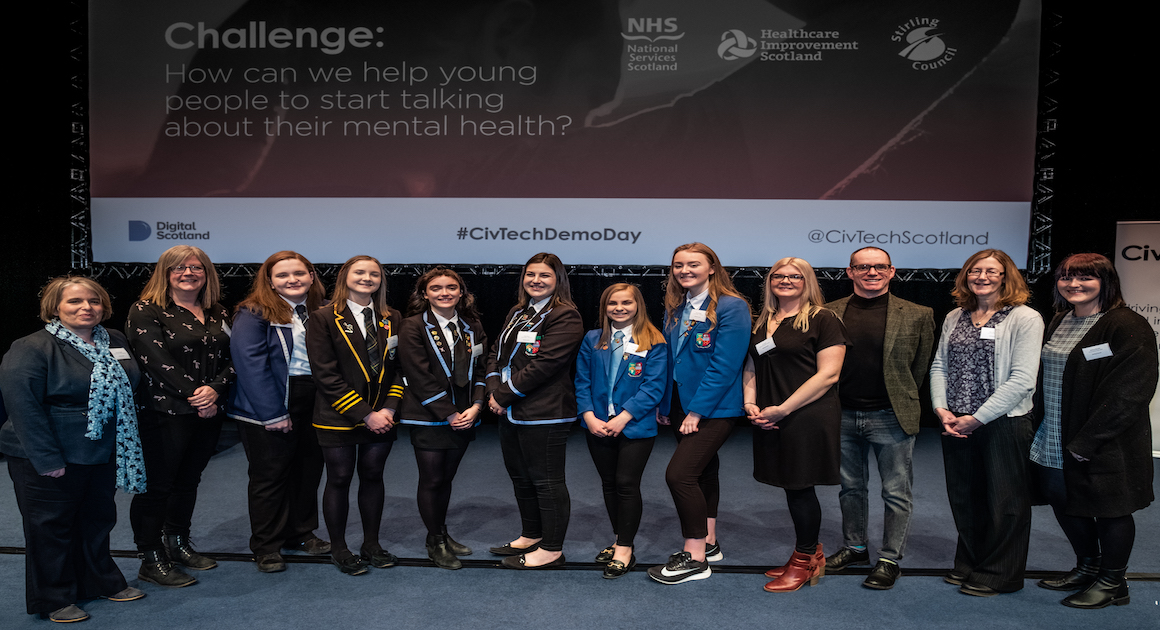 As we start counting the days to GovTech.Pioneers on April 2nd, a recent demo day in Edinburgh underlined the power of citizens (as well as startups) to help governments innovate on service delivery.

Artificial Intelligence was one of the major themes among the solutions pitched at the CivTech Demo Day on February 6th. It powered ideas including conversation services for mental health patients and technology that could help the National Health Service in Scotland transition reduce waste by adopting circular economy principles.

The CivTech Demo Day was the third for the program, in which public sector entities could issue challenges for innovators to solve. Our guest speaker from the Scottish Government, Katy McNeil, will be sharing more on some of these solutions at GovTech.Pioneers.

Click here to join us at GovTech.Pioneers in Vienna on April 2nd.

But the most interesting thing is that the challenge topics didn’t all emerge directly from bureaucrats in government departments or local councils. The one in which the City of Stirling and the National Health Service looked for ways to ‘empower conversations about mental health’ showed how ordinary people could contribute to finding a solution, which in this case was pitched by Voxsio.

“We’re really excited that one of our challenges was completely defined by a group of young people,” McNeil told us in an exclusive interview. “They chose the subject area they wanted to work on and acted as a challenge sponsor. Then they got involved in the selection of the companies and the scoring of applications. It’s the first time we’ve been able to have something directly sourced from the citizens.

“The group was brought together by the Stirling City Council, and got involved because they were interested in having that conversation about how we make the city better for young people. They wanted to know how to get support for their own and their friends’ wellbeing. They didn’t know if they could trust the information they were finding or not. So this was about finding a route through to good information, in a way that started from where the young people were at rather than where the services are at.

“The tech solution is also very cool, but the way it has come through from those young people is also very exciting for the future here in Scotland.”

It’s nice to see Scotland showing that citizen collaboration isn’t just a buzzword or a long-term use case for some founder’s technology. Rather, it can be part of the innovation process itself.

And if that helps channel limited resources more effectively, then it can only be a good thing.

“What we know about the future is that citizen expectations will increase, while the resources available for public services probably won’t increase at the same rate,” McNeil points out. “So we have to find different ways of doing things.”

Another country really prioritizing a smooth route for innovators to help improve public services is Chile, which is why we’ve invited Rocio Fonseca, the Chief Innovation Officer at the Chilean Economic Development Agency, to speak at GovTech.Pioneers.

She’ll talk about both the challenges and successes in her country, which has been one of the economic and entrepreneurial growth stories of the past decade. One of the successes on the citizen services front, she explained to us in an interview, has been as simple as centralizing efforts in going paperless.

“There’s an office in the government whose main goal is to go paperless and simplify processes and bureaucracy,” explains Fonseca. “They connect all ministries and everyone has to follow them. So it’s not an initiative between different ministers, it’s one main department connecting all of them.

The benefits in terms of efficiency and avoiding duplication in government are evident enough. That goes just as well for startups with good ‘paperless’ tech to share. They know where to go to speak to technically-minded decision-makers, and have an easier route to seeing their technology spread throughout the public sector.

But there’s still work to do in other areas where it’s not so easy to centralize efforts, says Fonseca.

“We work with all ministries, trying to match their needs with our startups’ solutions. It’s quite challenging but very interesting, because at the end of the day the Chilean government is the main buyer for almost everything.

“For startups to be able to sell to government is super important,” she added. “You will find this situation in most developing countries. But most startups and companies are afraid of how they can work with government, the paperwork and the structures. They see it as so formal and traditional, and very out of reach. So one challenge we have here is how to get that match faster and more efficient.”

Interested in how the world’s most innovative governments are finding ways to work with startups? Come and meet top public sector innovators, as well as hand-selected startups, at GovTech.Pioneers in Vienna on April 2nd. Tickets are available here.