By Sophie RabDecember 17, 2018No Comments 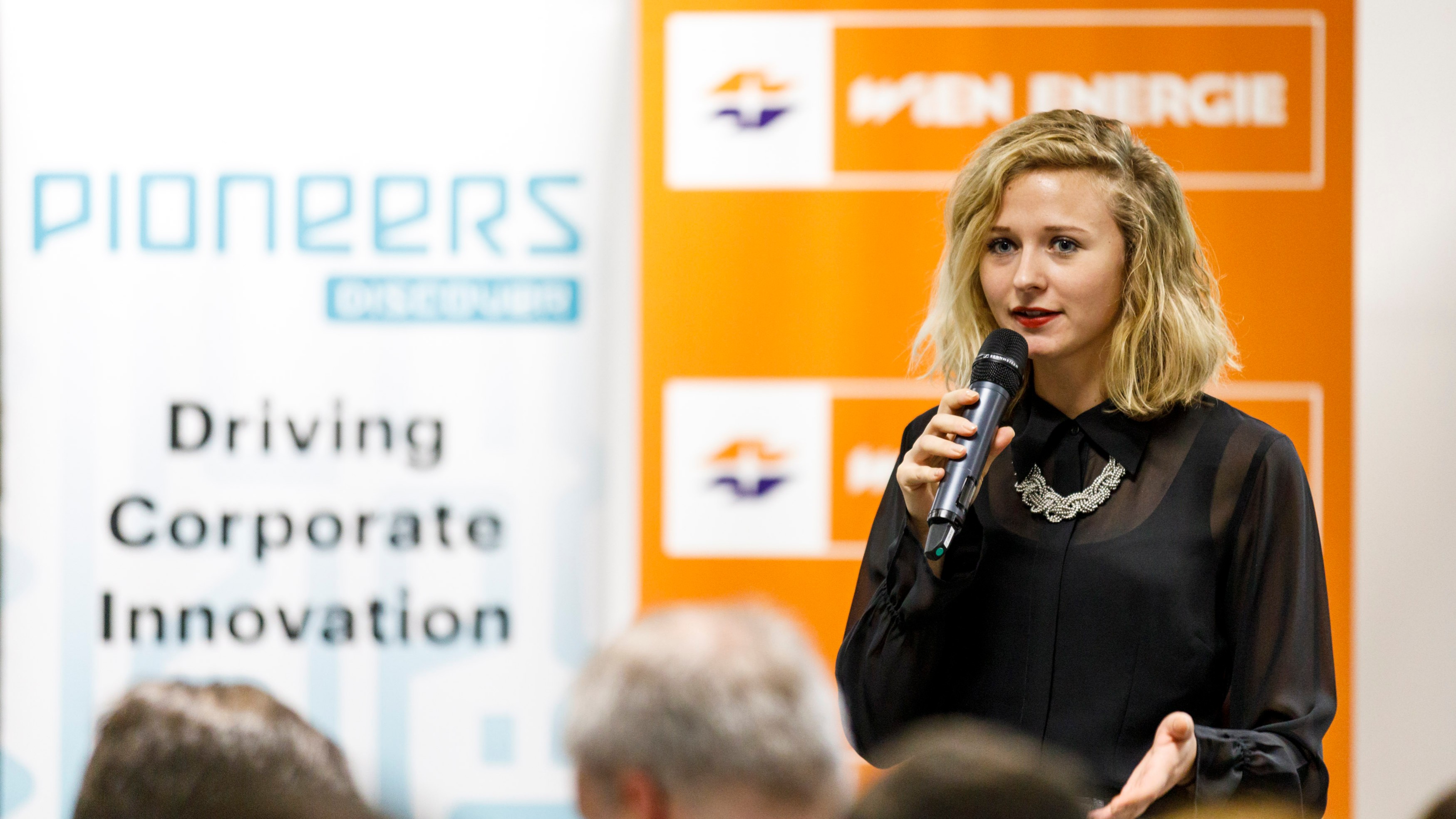 “If I told you that your refrigerator contributes €15 per month to your energy bill, what would you say? Put up your hands if you think that’s a lot!”

Fresh Energy Co-Founder Christian Bogatu certainly used the creative space afforded by a 10-minute pitch to good effect. The line about the fridge was classic audience engagement. Pretty much everybody is a bill-paying consumer, so what he asked resonated with the room. And so too did the inevitable conclusion: very few of us have a clue how to answer such a question.

Fresh Energy’s lively pitch certainly played some part in its ultimate success in the third Wien Energie Innovation Challenge, but ultimately it was its technology that won them a pair of tickets to Pioneers ’19 and a two-day trip to London to visit the innovation scene in the British capital. Having worked on their concept for almost three months since earning acceleration phase selection at a three-day Innovation Camp in September, the startup presented a cheap, easy-to-install ‘app plus hardware’ solution for consumers. One whose primary role would be to answer exactly the question Bogatu posed at the start of his pitch.

“Fresh Energy has a very interesting, data-driven business model,” said Stefan Kermer, Head of Innovation and Strategic Projects in Wien Energie’s Corporate Development Department. “Smart meters are a great way for customers to solve some of their own problems – it’s really interesting to see if there are ways you can save money as a consumer! It just offers us a whole bunch of new services we can offer to our customers in the future.

“There are a lot of new companies offering similar services, but it comes down to the machine learning algorithms they have – their recognizing the individual devices isn’t an easy thing to do. You need a good program to detect the right patterns.”

The whole idea is highly topical as Smart Meters become a feature in European homes. But though it was enthusiastically received by the test group Fresh Energy worked with during the acceleration phase, the use cases could go beyond just gaining insights into shaving digits off your bills. Bogatu pointed out how it could be used to make essentially ‘dumb’ devices smart, in turn improving matters for vulnerable people living at home (by alerting carers to unusual usage patterns) and even be linked to automated e-shopping. In the latter case, you might – if it’s not too freaky – find fresh washing detergent landing on your doorstep after you use your washing machine a certain number of times.

As Innovation Challenge winners, Fresh Energy earned Wien Energie’s backing and funding to take their idea further in the form of a much larger pilot project.

While Fresh Energy pitched the only consumer-facing use case, the other startups pitched an outstanding variety of solutions that solved business problems that would save time, money and even lives.

“It’s important to have a good mix, since there’s such huge potential to save money in your own processes,” said Kermer. “Just with some daily routines in power plants, you can save six-figure numbers. But on the other side, you really have to focus on the customers. This is a really important matter for us.”

Turning to those ‘internal process’ solutions, French-based startup Terabee was awarded second place. They not only won Pioneers’19 tickets but also a deal to implement the first phase of its concept for the digital management and tracking of toxic waste stock. This will help to address worst-case scenario safety concerns that their Wien Energie mentor freely admitted keep her awake at night!

While it’s definitely a cliche at innovation events, in this case choosing a winner really was a horrible job. Rarely do you see all the solutions made such a strong case for themselves. American participants Noam also impressed with their work on an internal search engine designed to whizz through company file structures, jump to page 417 of a PDF and root out the exact diagram or paragraph you might be looking for. Having already verified its usefulness with over 900 internal searches by a Wien Energie department, it’s claimed to be better than (the discontinued) Google Desktop ever was.

Austrian startup DeepSearch also got the jury interested as they presented technology that could reduce the time taken to categorize customer queries to mere milliseconds. The benefit would be to save a huge amount of man-hours, customer frustration and, ultimately, money.

Both of the latter two startups could also still have a strong chance of further collaboration with Wien Energie, added Kermer.

“I think the quality of the startups was amazing,” he concluded. “This time there was a very strong focus on artificial intelligence and machine learning algorithms – all four startups had an element of that implemented. For me it was very interesting to see where trends are going and it’s an area where we as Wien Energie can learn a lot.”