Fighting Autism With Tech at Pioneers’17 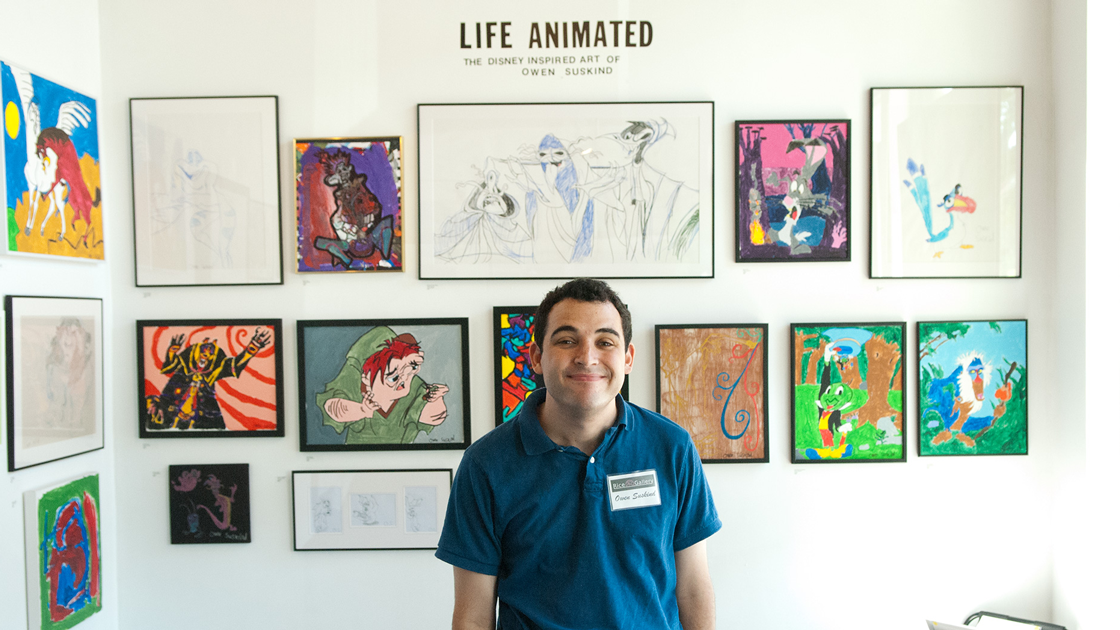 “If I told him to go outside and play ball, he’d have refused. But because his sidekick told him to put his jacket on and shoot hoops, he did it. And he came back with a big smile on his face.”

These happy words come from a mother using Ron Suskind’s Sidekicks app to help her connect with her autistic son. Would that be the Pulitzer Prize winning journalist and Life, Animated author Ron Suskind? The man whose son Owen became a household name when the critically-acclaimed documentary of the same name released last year? The same Ron Suskind speaking at Pioneers’17? It would indeed.

Owen’s story, which led directly to the idea for the Sidekicks technology, takes some matching. There’s something powerfully human about the idea of an autistic child using Disney films to rebuild critical skills and start making sense of the world. Something hopeful and touching about a three-year-old who lost all speech to a cruel and sudden regressive autism regaining voice back four years later – with the help of Iago and Abu from Aladdin.

The Suskind family stumbled across the power of cartoon characters – rewound and replayed to a point most of us would consider ad nauseum – completely by accident. One day in the fall of 1997, Owen made an unexpected contribution to a family conversation around the kitchen table. “He doesn’t want to grow up, just like Peter Pan or Mowgli,” said the six-year-old, offering a spectacularly insightful explanation for his brother Walt’s sulky birthday behaviour. The kind of semantic construction his parents didn’t know he was capable of.

“It was as if a thunderbolt had passed through the kitchen,” Ron recalls.

That night, Owen had the first real conversation he’d had with his father in almost five years. But only because Ron hid under the bedsheets and spoke like the Iago parrot puppet he was holding up.

Sure, dad had to do his very best Gilbert Gottfried impression (after subsequent practice that would have made Malcolm Gladwell proud, his take is a very commendable one). And sure, his son had to bring out his Jafar voice to keep the conversation going. But what mattered was that they had found a way to talk.

That first little chat (about friendship, if you’re wondering) was a monumental turning point. What’s followed has been a gradual and ongoing piecing-together of Owen’s ability to communicate. Now, he can hold a robust conversation, and do it without any Disney puppets. In fact, he lives and works on his own. A positive and productive life beckons.

Now 26, Owen has developed a confidence that’s both charming and disarming. Speaking to a room full of people at Rennes University in France, he had these words to say of his remarkable progress: “When I look in the mirror I see a proud autistic man ready to build a future that is bright and full of wonder.”

But why did Disney, of all things, do the trick? Like so many autistic people, Owen felt left behind. He was acutely aware that he wasn’t like other people, and that he didn’t have friends. But therein lay his connection with the ‘sidekick’ characters in Disney’s animations. Characters like Rafiki and Zazu from The Lion King, and even Quasimodo’s gargoyles from The Hunchback of Notre Dame, which only came to life when the protagonist’s imagination willed them to do so.

These characters weren’t exactly outcasts, but they were distinctly second-fiddle. Their roles were supporting ones – and yet the tales would invariably be poorer without them. Often larger than life, vivid and unsubtle, yet frequently imparting wisdom their leads needed to hear, they were an inspiration for a kid like Owen. A kid who felt second-fiddle too, but who knew he had a voice worth hearing.

Owen desperately wanted to have his own part to play. And the Disney sidekicks – with a message of strength he could watch over and over – showed him that anybody could find their place in the world. That’s why these colourful creations spoke to him better than any human – even his own parents – could do. They became his building blocks for cognition and communication.

Hence the rather straightforward choice of name for the company his father has founded to help other autistic kids. It’s perfect for a tool that also uses the power of non-human interaction to ultimately connect them better with the human world – and their parents in particular.

As meaningful, powerful technology that tackles a real human need goes, Ron Suskind’s Sidekicks app is right up there at the top of the list. After all, millions of people around the world are touched by autism. If this simple app could make a difference for even a fraction of them, then it’s tech worth celebrating. Which makes Ron (and Owen, whose breakthrough this ultimately was) the kind of pioneers we like best.

Meet Sidekicks and hear its creator Ron Suskind at Pioneers’17 later this week: it’s not too late!