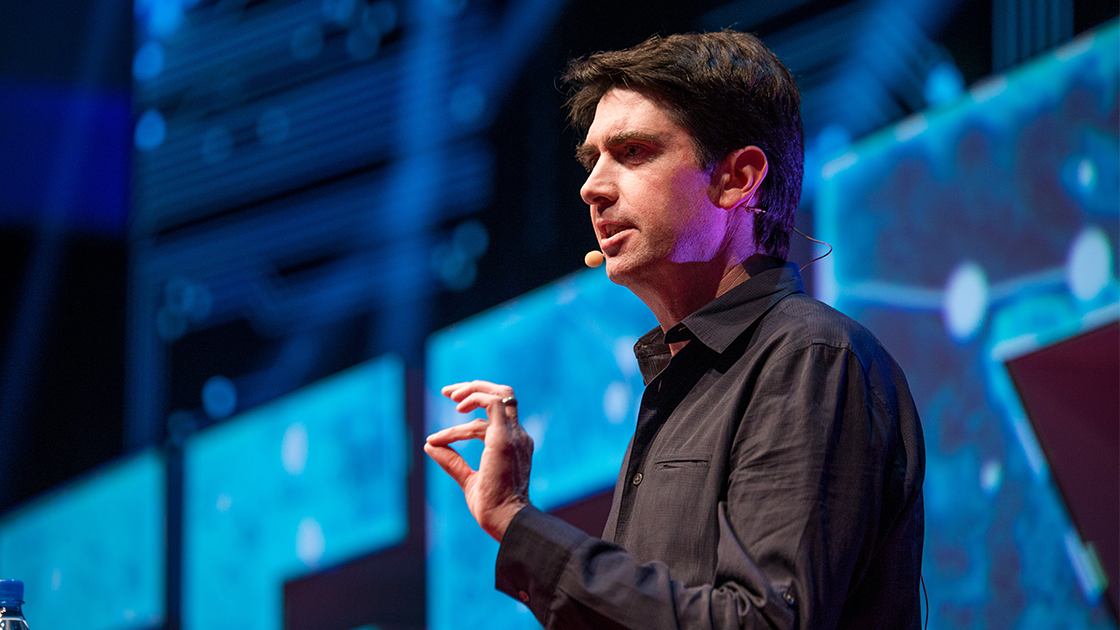 Back in the summer of 2012, serial entrepreneur Adam Cheyer ran into the remarkable Till Haunschild at Pioneers Festival. While the American creator of Siri and the breathtakingly good magician might not, at first glance, have had much in common, it turns out that they had quite some snynergy. Adam, after all, is a hobby magician. One of his lesser-known businesses, in fact, is working the party circuit with his young son Noah. Till, meanwhile, has a wealth of founder experience too.

Now the duo is back at the Hofburg, teaming up for what might prove to be two of the most memorable talks at Pioneers’17. Because there’s going to magic in the air. Literally.

Adam, who has moved on from Apple and is now working on a next-generation assistant named Viv, doesn’t want to give away too many spoilers about the special way the pair will present practical entrepreneurial lessons on the Academy Stage on Friday afternoon. Nor about the thought-provoking future tech show they’ll give on the Arena Stage that evening, just before the Pioneers Challenge winner is announced. And rightly so: this is something they’ve never tried on a big stage before. It’s basically a premiere.

But, judging by the trace of anticipation in his voice when he spoke to us, it’s definitely one not to be missed. “We’re going to deliver our message and lessons in a very unique way. It’ll be entertaining and…magical. Entrepreneurship, after all, is very much like magic. What any entrepreneur does is take the impossible and make it real.

“On Friday we’re going to go a little way back into the history of human augmentation, with one particular pioneer who created some of the most important technologies of our time. But again, we’ll do it in a way that’s magically entertaining. We’ll have stage magic, you will see things you’ve never seen before and technologies being used in ways that warp your perception of reality.

We’ll close with a call to action that every pioneer can think about as they work on their tech. There’s going to be a lesson that they can take with them about how to do their work in a way that will be important for humanity. A lot of technology, a lot of magic, with a little bit of history and a takeaway.”

But just why has Adam chosen Pioneers’17 to try such a novel presentation for the first time? Because this old friend of ours – multiple event attendee, experienced speaker and former Pioneers Challenge judge – simply loves what the annual innovation festival in Vienna has done for his own career.

“It’s my favourite conference ever. It fundamentally changed my career and gave me something I really needed. It was emotionally hard for me when I left Apple, but then I went to Pioneers and being able to interact with so many young entrepreneurs, with their energy and who were so desperate to succeed and learn. There I was, telling my story about entrepreneurship, and they were so excited about it that it gave back this energy and excitement to me at a time when I was relatively down. I came back home and said, ‘Yeah, I gotta do this!’ And right around then I started with Viv, which is my biggest and most ambitious effort. Viv might not have been possible without Pioneers Festival.

“The people I have met and the relationships I have found through Pioneers have lasted more than from any other event I’ve been to.”

“So Pioneers has meant something to me and my career, and really given me something back. That’s why I go out of my way to support it.

And apart from developing his magic skills, what’s the next challenge for Adam? His sights are firmly set on Viv, which memorably enjoyed its first European public demonstration at Pioneers Festival one year ago. Now an independent subsidiary of Samsung, we wait with bated breath for it to be distributed to the public.

And while that might involve a little bit of a wait – Adam can’t reveal details on that front – there’ll still be plenty at Pioneers’17 for those interested in the latest personal assistant technology. Most notably when Google’s Behshad Behzadi gets up on stage to demonstrate the incredible power of Google Assistant.

But when all’s said and done, can any tech magic be as compelling as somebody pulling a rabbit out of a hat? It doesn’t sound like Adam and Till’s show is going to be quite as traditional as that, but it’s safe to say it’ll be quite the talking point at the Hofburg…