Choose Well, Set Clear Goals And Prioritize: How To Succeed In Open Innovation

By Sophie RabSeptember 11, 2018No Comments 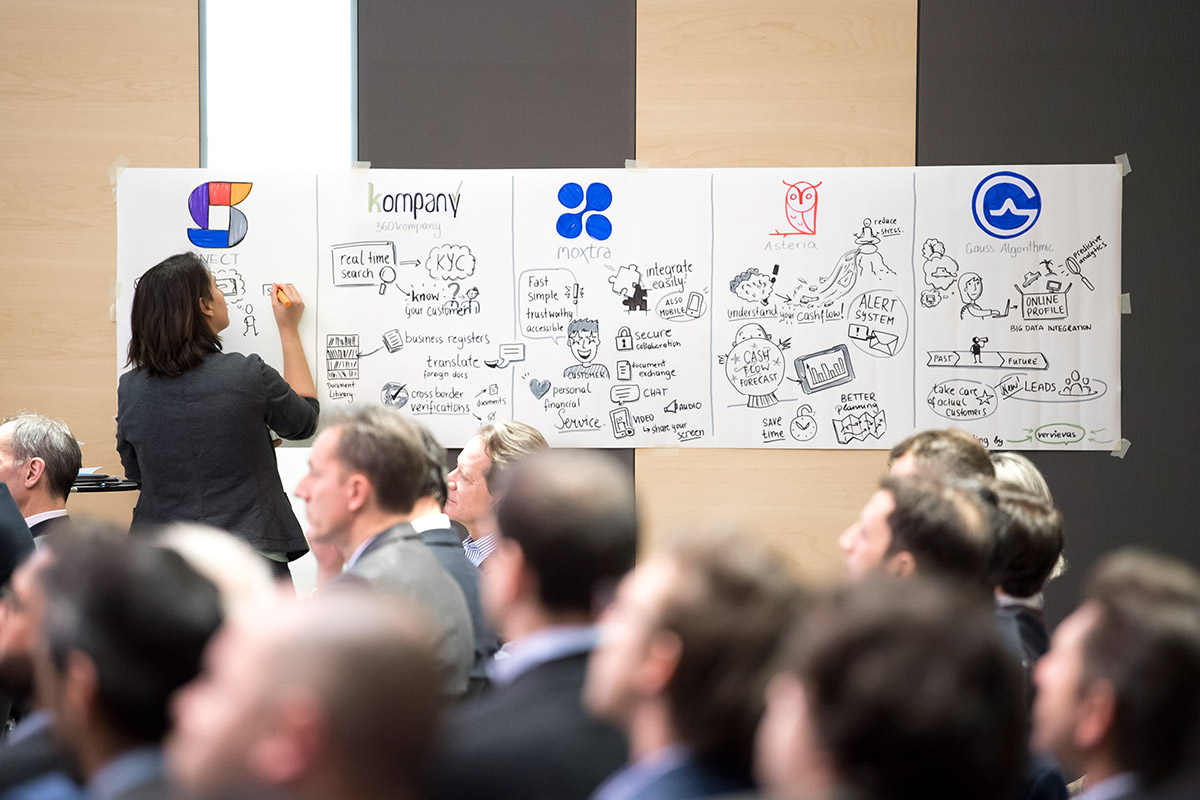 With the global ecosystem around startups and innovation continuing to mature all the time, a lack of opportunity is a problem startups are meeting less and less! Accelerators, incubators, networking events, pitching events, even investor money…there’s plenty of chances for founders to say ‘yes, sign us up!’

But throwing yourself at every opportunity would be a distraction you can ill-afford as an entrepreneur. Nowadays, a core skill for founding teams is the ability to identify the best-fit opportunities – and then to make sure you commit to them one hundred percent.

Vienna-based Regtech (regulatory technology) team kompany went about things in just such a fashion when they applied for the first Raiffeisen Bank International Elevator Lab partnership program, which ran in 2017/18. Their reward? A long-term commercial partnership with RBI.

While you can read more about Elevator Lab in our recent blog post here, in this article we speak to kompany CEO & Founder Russell Perry as he reflects on what they did right to get into an ongoing, post-program relationship with RBI.

“A lot of other startups have contacted us for advice since we completed the program, and I’ve told them two things,” says Perry (pictured with his team below, right). “One was the importance of the fact that RBI Elevator Lab is a partnership, more than just an accelerator, as you might find in other financial institutions and groups. Once we saw the program and calendar we understood it was super-intensive, professional, and really something that could benefit us. 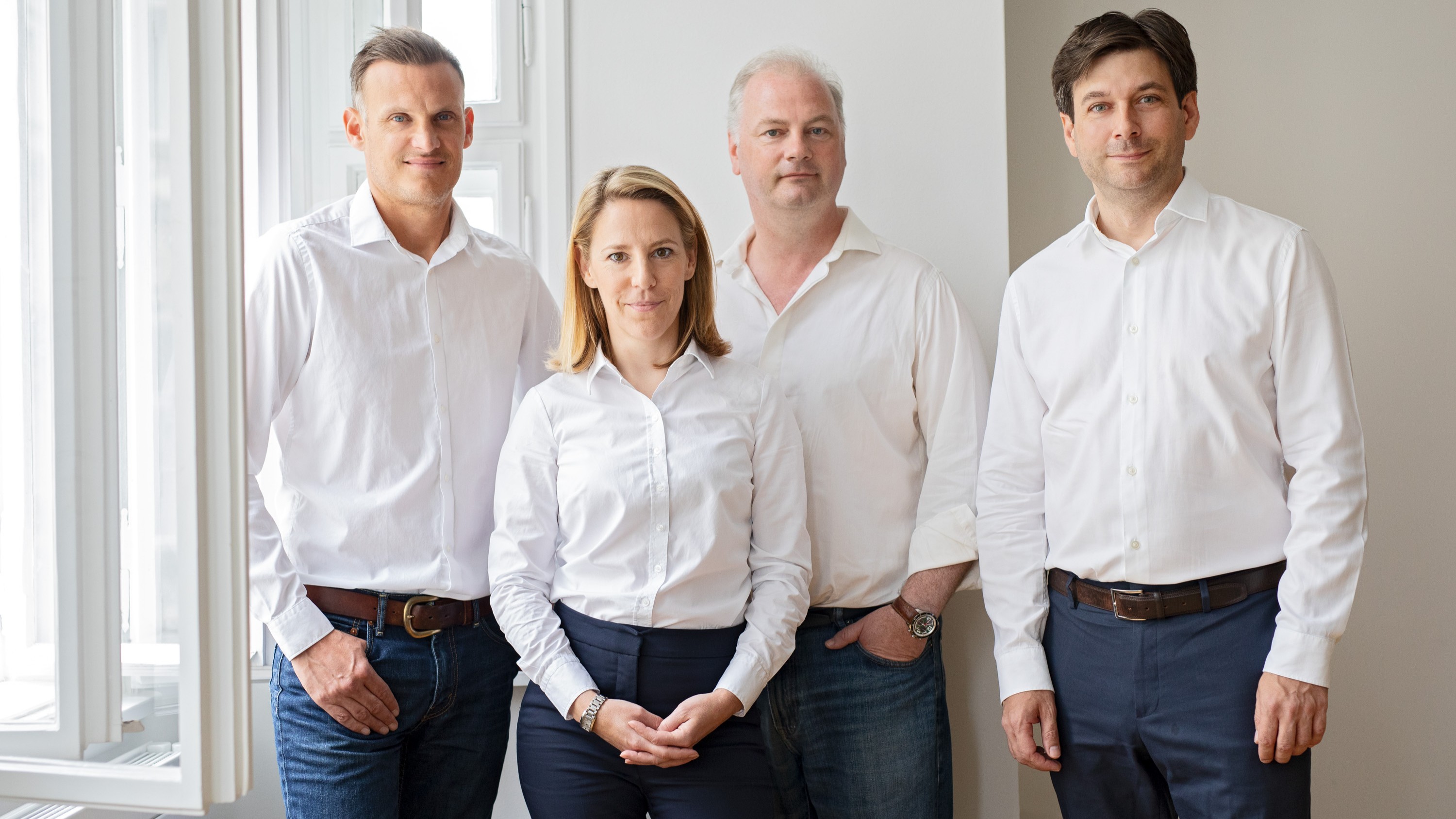 “The other thing I told them was that you should take it really seriously: only apply, if you really want to participate and do so at full-scale. Only apply if you actually want to commit for six months.”

But what does committing actually mean in practical terms? It’s not about preparing to put in a few extra evening hours on top of everything you’ve been doing thus far. It comes down to an honest appraisal of priorities.

“One thing we did right was to look at the program and make it top priority for our management. We really made this a central project in the company and allocated the resources to it. That’s difficult for a small organization, but giving it a high priority from the start was correct.

“We made sure we had project management at a level a corporate would expect. Not only did that mean we’d get the best results, but it showed RBI that we really meant it: we wanted to work together and make the program a success.”

Setting expectations was also key to building a great relationship with RBI, which grew stronger over the several months of the Elevator Lab and convinced the banking giant that kompany was the kind of partner they could work with.

So picking a good corporate partner, being honest with them and prioritizing correctly are key success factors. But what’s the right moment to do all this? Much depends on the general pace of your industry. kompany was founded in 2012, so around five years of age when it entered Elevator Lab. But more than anything, it’s about the stage your resources and team are at.

“Our timing was really perfect for a company at our stage of maturity,” says Perry. “Looking at the requirements for the POC, I don’t think we could have delivered if we were only a year old. The maturity of the team and platform would not have been there. You really have to look at whether you’re ready to commit to six months, to allocate the resources and the time. You have to have an organization that can support that.”

That POC included developing a business KYC solution by integrating multiple services into a complete and unique cloud-based platform that lowers the cost and time involved in achieving regulatory compliance.

One last question to Perry: once accepted to Elevator Lab, would he have contemplated saying yes to similar opportunities?

“I’d advise startups to focus on one program. If it’s something like the RBI program, which is very intense, very compact and where you have to get every stage right, commit to that! But with a good program there is a payoff, because it can go beyond that very quickly. As we saw for ourselves!”