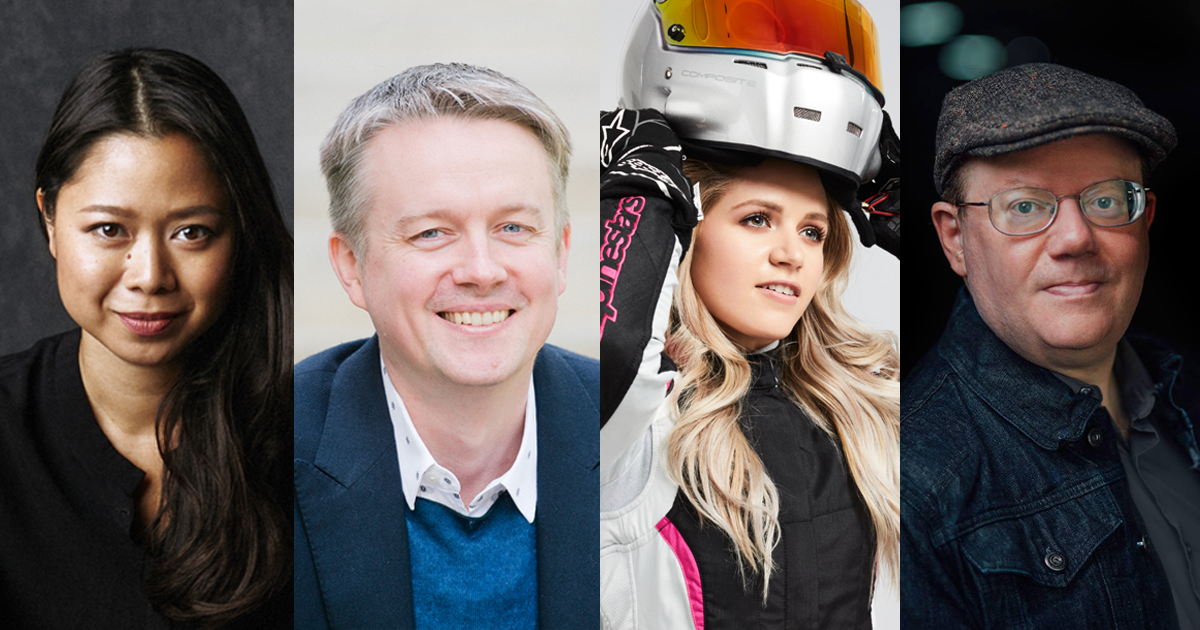 We’re excited to announce that Wikipedia Co-Founder Larry Sanger will star on the Arena Stage at Pioneers ’19 in Vienna on May 9th-10th.

While the American is best-known for his work establishing what has become one of the world’s go-to reference sources, Sanger will also share insights from his current role as Chief Information Officer at Everipedia. This is a project to create a Blockchain-based encyclopedia with a new incentive structure, which aims to improve on all fundamental features of Wikipedia.

Sanger has also helped start many other educational and reference websites, including Nupedia, Encyclopedia of Earth, WatchKnowLearn, Reading Bear and Infobitt. He has also written and spoken about the philosophy of the Internet and of online communities.

Like Sanger, professional racing driver and entrepreneur Collete Davis knows a thing or two about the ambition and achievement. She’ll dive into some of the common ground that goes into both motorsport and entrepreneurship, highlighting in particular that burning ambition that fuels both of these seemingly unrelated disciplines. Davis also works as host of Girl Starter, a reality television show which documents eight women aged 18-24 as they compete for seed-round funding.

With Pioneers ’19 taking the form of a technological walk through human life, we’re also happy to reveal a number of speakers who’ll share insights on how technology can stay close to fundamental human values even as it develops.

Appearing together for a fireside chat on the Arena Stage will be Center for Humane Technology Co-Founder Aza Raskin and Center for the Study of Existential Risk Co-Founder Jaan Tallinn. They’ll be delving into the critical topic of how to reduce risks associated with technological progress. They’ll look at how we ensure it remains safe and humane no matter what advances are made.

Another whose daily work revolves around ensuring that the human isn’t forgotten in the design life cycle is Kerry McGuire. And so the Space Human Factors Engineer at NASA will also be speaking on the Arena Stage! She’ll be able to share insights from leading a team which tackles the intriguing challenge of ‘developing tools that bridge communication and knowledge chasms.’

Also visiting from NASA will be its Chief Information Officer for Engineering, Omar Hatmaleh. He’s also the Executive Director of the Space Studies Program at International Space University.

While the possible expansion of human life into space is one of our key topics at Pioneers ’19, so too are the very beginnings of our human journeys. For the latest developments in the world of genetics, therefore, we’re pleased to be welcoming Markus Hengstschläger to the Arena Stage. Having formerly worked at Yale, he’s the Director of the Division of Molecular Genetics at the Medical University of Vienna.

And, as previously announced on our social media channels, World Bank Lead Economist Wolfgang Fengler will also take to the Arena Stage.

The latest of those confirmed to share practical learnings for innovators on our new Launch Pad stage will be Kat Borlogan. Kat currently leads the French Tech Mission, a government-led taskforce built to bolster the French tech ecosystem. She is also Co-Founder of Five by Five, a boutique consultancy that builds innovation teams inside organizations of all stripes, ranging from the World Bank to Google.

We’re also pleased to give you a sneak preview of some of the startups we’ve already confirmed for the event. This is just a handful of the 500 seed and the additional 50 Series A startups we’ve invited to join us at the Hofburg, and their industries.

We’re currently finalizing the 50 seed startups who will be invited to take part in our pitching competition at Pioneers ’19. Soon we’ll announcing their names here and via our social channels – stay tuned!

For the full list of speakers, including those previously announced, head here. If you like what you see, grab yourself a ticket! 🙂

Pioneers ’19 is supported by Mercedes and PwC Austria.