These Creatives Are Saying Goodbye to Their Laptops

By Sophie RabApril 1, 2017No Comments 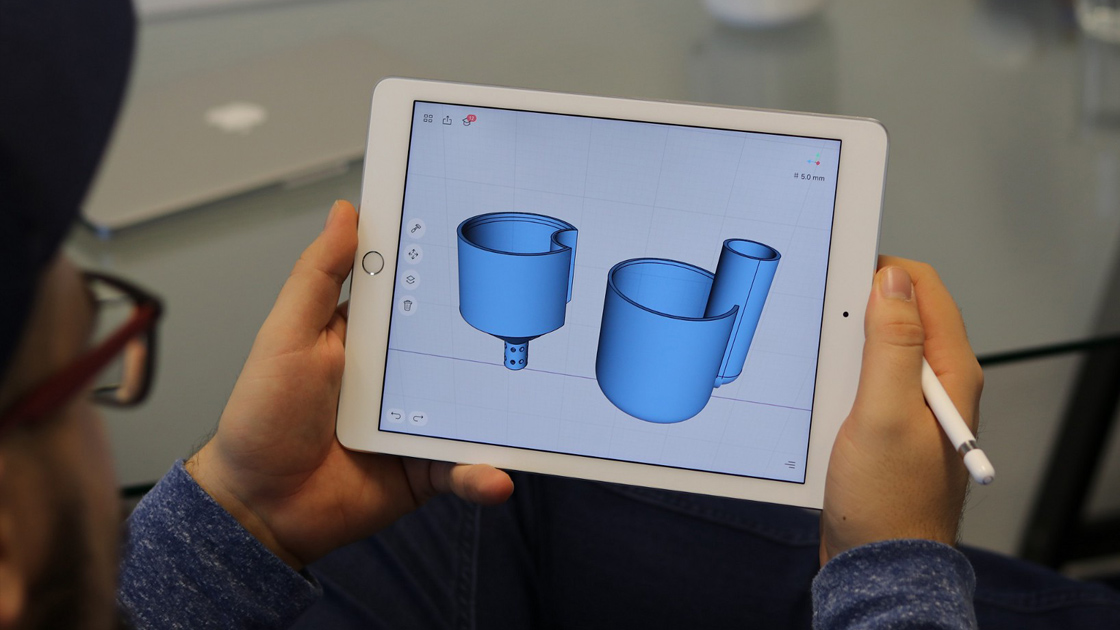 I have a confession to make. As a writer, I’ve long had a snooty habit of looking down on anyone who owns a tablet, but doesn’t feel the need for a laptop.
“They’re obviously mere watchers and readers,” I’ve thought dismissively. “Their choice of hardware means they’re only interested in consuming stuff. They’ve effectively decided never to create anything. How sad!”

Well, it sounds like those words might be about to come back to bite me. At least if Gabor Papp, early team member and Head of Growth at tablet design app phenomenon Shapr3D (who should know), is to be believed.

“We think tablets and portable devices will do the same to laptops that laptops did to mainframe computers,” he boldly tells me (via Skype and laptop, incidentally) from the burgeoning company’s Budapest HQ.

Or what mobiles did to landlines, perhaps? It’s a big prediction, but one that needs careful attention. The consequences of developers, startups, investors and large hardware corporations gambling the right way on this particular tech trend hardly needs to be spelled out.

While I struggle to imagine how we writers might continue our trade without recourse to a decent-sized keyboard (although the unimagined, of course, is exactly what makes future tech exciting), it seems some of my fellow creatives are already nailing their colours to the portable device mast.

“Tablets aren’t just a device for games anymore,” says Papp, putting my outdated prejudice firmly in its place. “For a lot of people they’re already a professional tool. Especially in the creative space. As a 3D modelling company, we expected a lot of engineers and CAD professionals to use us, but creatives are our biggest adopters. We’re seeing architects, jewellery designers and even children’s book illustrators using the service.”

“There will be a tipping point,” adds Papp, “and as soon as either the software or the hardware gets there a lot of people will start shifting from computers to tablets.”

As developers of some of said software, Shapr3D is at the cutting edge of that tipping point, if that isn’t some horrible mixing of metaphors. That’s largely because it’s based on use with a quality stylus, which is far more intuitive than that fiddly rodent that lives next to your keyboard.

Having almost given up on developing a tool that would work on a finger-driven tablet, it was the recent rise of the high-quality stylus and powerful tablet — initially the iPad Pro and iPad Pencil — that gave Shapr3D the hardware it needed to succeed.

“Many companies have tried to figure out ways to use your fingers as a very precise input device,” says Papp. “In fact, just as a joke amongst ourselves, we tried using sausages, and found that sometimes they work better than human fingers! (We don’t do that any more, but you can try it at home). The reality is that you just can’t do serious, professional things with fingers on a tablet.”

Along with the sausage-slaying stylus (minimal latency and built-in pressure sensitivity are the key quality indicators, says Papp), the rise in computing power for tablets completed the picture. While Shapr3D is only to be found in the iPad Pro environment, Papp rates the abilities of the Microsoft Surface (and its stylus) as an equally potent driver towards professional tablet adoption. “Both are very powerful, with the computing capacity of a three-year-old computer. This tech is evolving very fast, and getting to the point it needs to be at to run professional software.

“Most of the software written for tablets at the moment is not actually designed for tablet use. Look at Excel or Powerpoint — they’re just stupid versions of the desktop programmes. Now that tablets are getting powerful, companies are designing software with that interface in mind.”

3D Shapr is ahead of the curve on that one, though, and the team of seven is already well into the process of improving on the basic functionality with extra features. They even got chased (and advertised) by Apple ahead of the iPad Pro’s launch, and their listing in the App Store now provides their primary revenue stream. The early bird gets the worm, doesn’t it?

It may seem ironic that, after all these years, many professionals might be headed back towards something with a ‘pen and paper’ feeling, which a lot of us haven’t known since our school days. But this is just another example of how future tech doesn’t need to be anything more than a subtle reinvention of a simple and long-lived idea.

Will a switch from laptop to tablet really achieve mass adoption? Or perhaps just in the field of 3D design? What do you think? Let’s hear it in the comments section!
Full disclosure: Shapr3D is a Pioneers Ventures portfolio company. And this was typed up on a vintage Dell Inspiron 14Z laptop.