By Sophie RabNovember 21, 2017No Comments 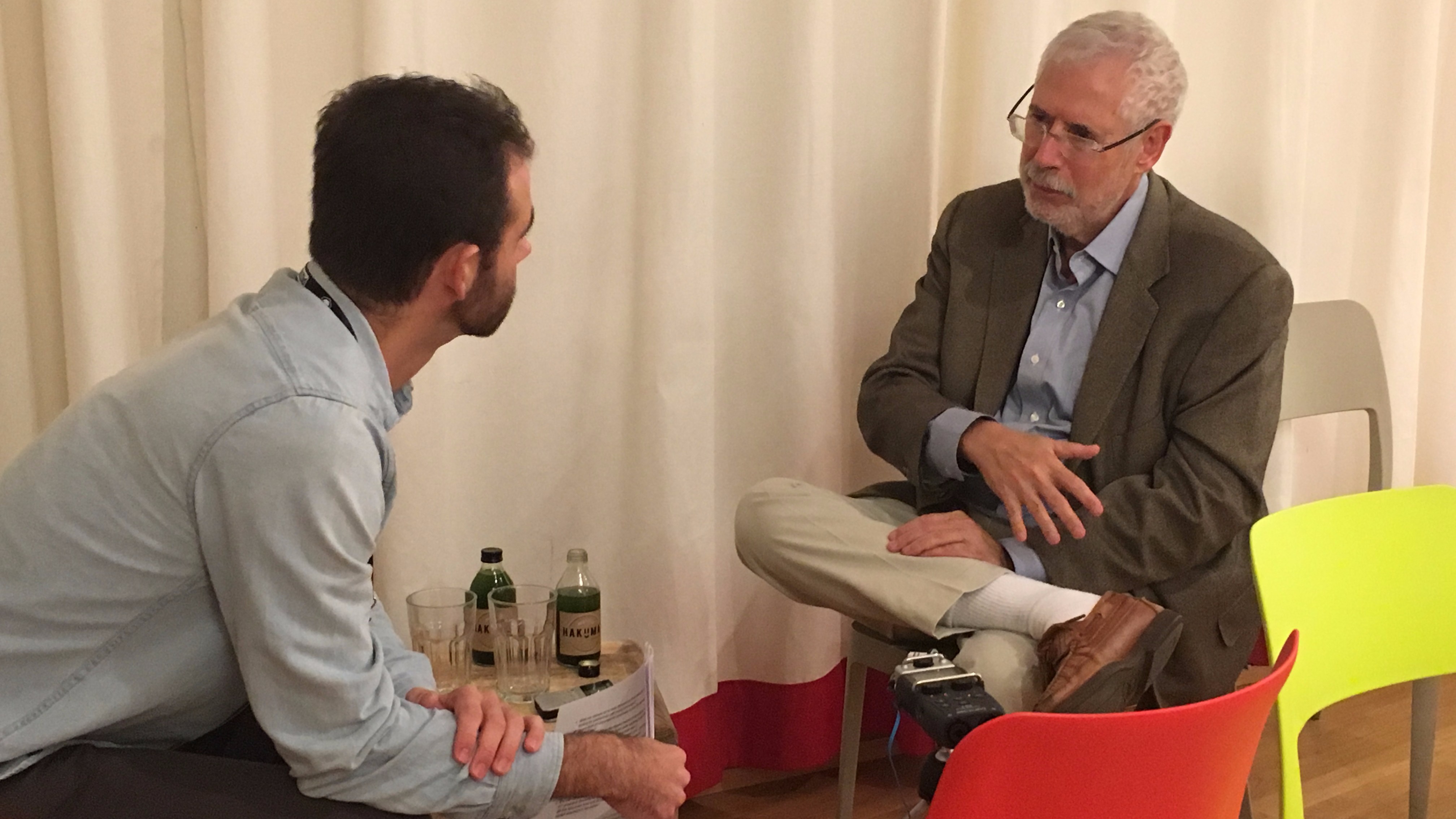 There’s never been a more dangerous and precarious time for large companies as now, Steve told us in an exclusive chat before he gripped the invite-only audience at last week’s Pioneers Community Event in the Austrian capital. Recognising that fact is step one in making sure that your company keeps ahead of the pack. It pays to remember that Nokia and RIM weren’t the first tales of woe – and nor will they be the last.

“You need to worry about startups as disruptors,” Steve said. “And that never used to be the case. In the 20th century startups were just ‘ankle-biters.’ Now, startups are better-funded than the corporations they compete with.

“I can’t think of an industry where large companies are not threatened by disruption. Especially the retail business. Stores like Macey’s and Sears are all going to be ex-companies…there is no survival path for them.

“Another thing: billions of dollars are now flowing into startups that are designed to break the law. This is something large corporations cannot do. Think about Uber or Airbnb. It’s not that taxi companies or Marriott couldn’t have thought of those ideas…but they would have gone to jail! In a startup, on the other hand, an investor says ‘sure, break the law, go ahead!’ They know that if that startup succeeds they’ll disrupt an entire industry.”

So then, does that mean you’re left with a rather unappetizing choice of bankruptcy or time behind bars?

Of course not. Smart and efficient internal innovation is the answer – and that includes looking at partnerships with those edgy disruptors out there. In this, good practice applies as much as in any other area of your business.

“I am a big fan of the McKinsey Horizons of Growth, and I would say you need to have a broad ‘Horizon 3’ portfolio. Remember that VCs typically invest in 20 to 25 startups – and usually only two of those succeed. So don’t only have two! In a company you want a pretty broad and fast portfolio that’s continually creating stuff.”

Who makes those decisions in your company is another question. Does anyone have the skills to choose that portfolio wisely? Do you need to hire specialists? Maybe, but you’ll have to think of a way to make it attractive for them. And show them you understand that the definition of success is very different in their world.

“We already have people that identify the good stuff, they are called VCs. The question is, would they want to work in a company without any huge upside? Remember that 8 out of 10 failure is considered success for a VC.”

Remember too that there’s no point having brilliant VC-style brains in your company if their work isn’t going to be understood and signed off at boardroom level. The answer there, says Steve, is to ensure there’s always an element – no more – of insanity in the room.

“The boardroom very rarely has crazy people in it. And when you’re dealing with innovation, if a third of that board aren’t crazy, then you’re not innovating hard enough. Richard Feynman was insane while being a complete genius. He was crazy in the sense that he didn’t follow protocol and status quo. But if you have too many of those people you lose sight of execution – generating profit and revenue for shareholders.”

A vivid imagination – enough so to see well beyond the moment – is a large part of what Blank’s getting at. “On day one, to a senior executive, disruption always looks like a toy. The first people who saw the iPhone laughed and said ‘It doesn’t have a keyboard!’”

Assuming you’ve got the right people in place to spot – and sign off on – the innovation worth pursuing, your company might want to start looking at hackathons and innovation days that will bring them in contact with startups that might be far better to have on your side than on that of a competitor.

But it’s not just about looking outside your four walls. Innovation can often come from within, too. You never know what talent and ambition might be lurking in your employee base – and there will always be some in a large corporation. Blank firmly believes this, but also warns against buying into too much of the hype around the internal innovation theme.

“To say that ‘everybody is an innovator’ is a disaster,” he says. “To say ‘everyone is an entrepreneur’ is a going-out-of-business strategy. Entrepreneurs are artists – it’s not a job, it’s a calling. And not everybody in a company is called. Only two percent of people inside large companies are artists.

So to sum it all up, create a strong culture of innovation in your company and ensure that ‘the called’ are allowed to pursue it without distracting the rest from execution. Bring in the right people – experienced VCs and a few unbalanced individuals, perhaps – to ensure the best innovation decisions at senior levels. And take an active approach to meeting startups and their ideas as you pursue a broad and ever-evolving portfolio.

“This whole notion of an ambidextrous corporation that can execute and innovate simultaneously is no longer just nice to have,” warns Blank. “It’s a matter of survival!”

Click here to part one of the interview with Steve, in which he shares wise words on startup acquisition.

Want to meet the best startups? Then grab a ticket for Pioneers’18, where we’ll have a select 500 of them at the Hofburg in Vienna. For a dedicated project such as a hackathon, contact our consultancy arm Pioneers Discover at discover@pioneers.io