Exclusive Interview with Steve Blank: ‘Start Planning for Acquisition on Day One’

By Sophie RabNovember 16, 2017No Comments 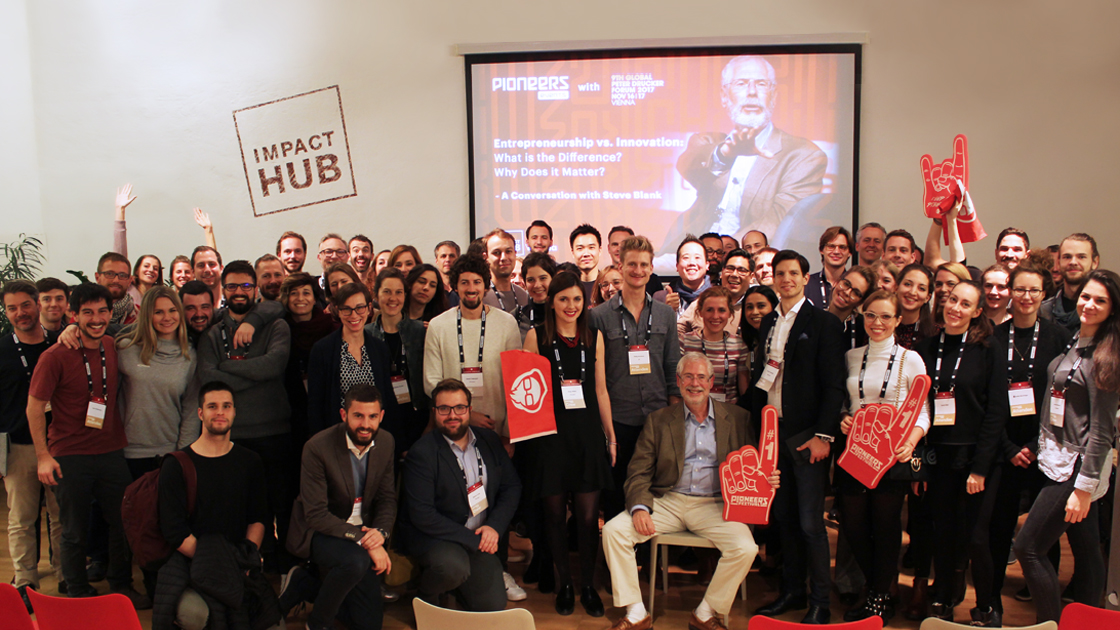 Times have changed since Steve Blank failed – and then succeeded – at building successful businesses from the ground up. And one of the biggest changes that has occurred in Steve’s career lies in the ultimate goals startups set for themselves. Where once an IPO was the holy grail for entrepreneurs, now founders are far more likely to set their long-term sights on being acquired.

“Most startups in the Valley today are acquired,” says Steve. “Partnering mostly means acquisitions. Especially in segments like medical devices and diagnostics, almost nobody goes public. So you need to be thinking about who is going to acquire you, and why.”

We were curious to hear his practical thoughts on how startups can help themselves in this regard. How do you get yourself noticed by a corporate, and make yourself attractive to those large companies? You won’t be surprised to hear that it’s definitely not a case of sitting back and waiting for an innovation manager to come knocking.

“If you want to get acquired nowadays, this is actually a spreadsheet problem,” says Steve. “If you’re in a specific domain, there’s not an infinite number of companies who want to acquire you. So there’s a thought process and a strategy to follow. It’s not scattershot: you can engineer what the steps are.

“Here’s how it would go if I was on the board of your startup. At the first board meeting I’d say, ‘Give me a list of 20 or 50 likely acquirers. Just write down their names. That’s all.’

“At the next board meeting, six weeks later, I’d ask, ‘Okay, who are the business development people who do talent scouting or technology acquisition at those companies? There’s your homework assignment. Go find them.’ Now your spreadsheet starts filling up!

“At the next board meeting, my question would be, ‘So what shows do those people go to? What books do they read?’ Then if they’re reading certain magazines or going to certain events, it’s time to go to the press or turn up at these shows. Or it’s time to accidentally spill coffee on one of them!

“So there’s how you start thinking about corporate acquisition from a startup point of view. I want you thinking about acquisitions one step at a time. Yes, it’s about personal connections, but they start with a plan. Do it from day one.”

But as you might expect, there’s a very serious balance to be struck here. To let some distant corporate acquisition dominate your thoughts from the very outset would be to risk taking away everything that makes a startup the lean and gamble-happy beast that it should be.

“If getting bought out is primarily on your mind, you tend to take less risk and have less passion,” continues Steve. “It becomes a transaction. Which is why I suggest your spreadsheet can’t permeate the entire employee body. Or else everyone’s looking at their watch instead of thinking about when they’re going to change the world.”

“If you tell all your startup’s people that you’re designed to be acquired, you will kill motivation.”

But, behind the scenes, you as a startup leader should always have an acquisition strategy in mind, assuming acquisition is what you hope for. Certainly not at a priority level that prevents you from being a great innovator, but you should nonetheless have that spreadsheet bookmarked.

If you’re in a regulated industry such as life sciences, you should particularly be thinking about the broad landmarks in your (hopefully) successful story, and how this might fit with any acquisition.

“When it comes to medical devices in the US, there’s almost a kind of known game you play,” says Steve. “How much money do you want to raise? When do you want to be acquired? And how much do you do until that point? Are you going to pay to go through clinical trials? Are you going to hire a sales force, or rather get acquired just after you get FDA approval?”

Even in the wilder world of apps and services, there are still broader strategy questions you can keep in mind as you make your startup journey.

“If you have something like a web app, the real question is how many users do you need, whether you need revenue, and what it is that people are looking for. Can you fulfil those needs?”

That need might be something as simple as customers, rather than a flow of profit, he points out with a smile. “What’s that company that got acquired by Facebook? The one that had 300 million users and no revenue? WhatsApp, wasn’t it…?”

There is, of course, the option to go old-school. Which means you don’t set out with getting acquired as your dream. You want to get big on your own, and keep hold of your company – maybe even through an IPO.

“Do you want to roll the dice and say you never want to be acquired? Just remember that you’re never going to raise venture capital, because that’s not a venture capitalist’s goal. And if you do want to get acquired, then great. But think about what kind of return are your investors going to look for. 2x or 200x? You better be sure about your goal and make sure it’s aligned with your investors.”

Having those goals completely clear in your mind is also important to executing Steve’s final bit of startup advice, which was his reply to our question about how you as a founder can ‘just do it’. How do you avoid distractions and focus on the important stuff?

“If you are doing Lean Startup methodology, you might learn a lot or your target might change along the way, but there still has to be a relentless focus on the prize. Otherwise you confuse motion with action.”

“For example, in a startup you have very smart people. And there’s always some smart engineer who comes up with the one in a million corner case about ‘why this won’t work’. But I ask, will that corner case occur by the time you run out of money? If the answer is ‘no, not for another four years,’ then guess what, that corner case is no longer on your critical path.

“Another example is with decision-making. Whether the button is red or green, make the effing decision. You’ve got to move on. What language you are using? I really wouldn’t care – you’ll probably be refactoring this code in 18 months anyway. But people get hung up on those kinds of things. Your job is to move toward the prize. Don’t get hung up on tactics.”

Click here to read the second of our interview features with Steve, in which he talks abour corporate innovation essentials.

Stay tuned to our social channels and newsletter to hear about the second of our exclusive interview pieces with Steve Blank, in which he talks about corporate innovation. 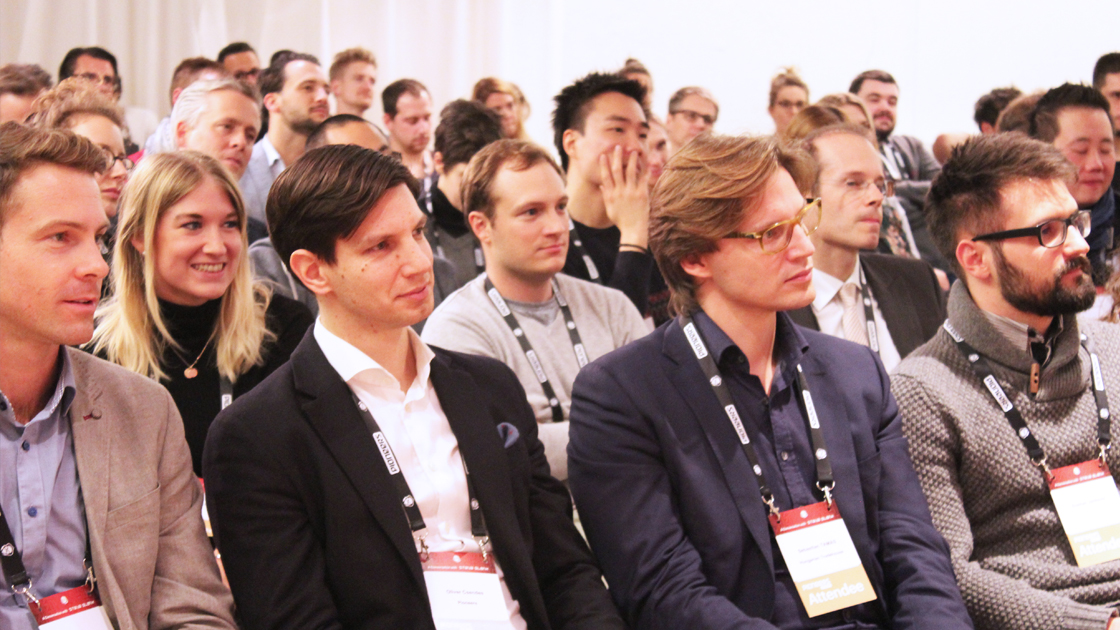 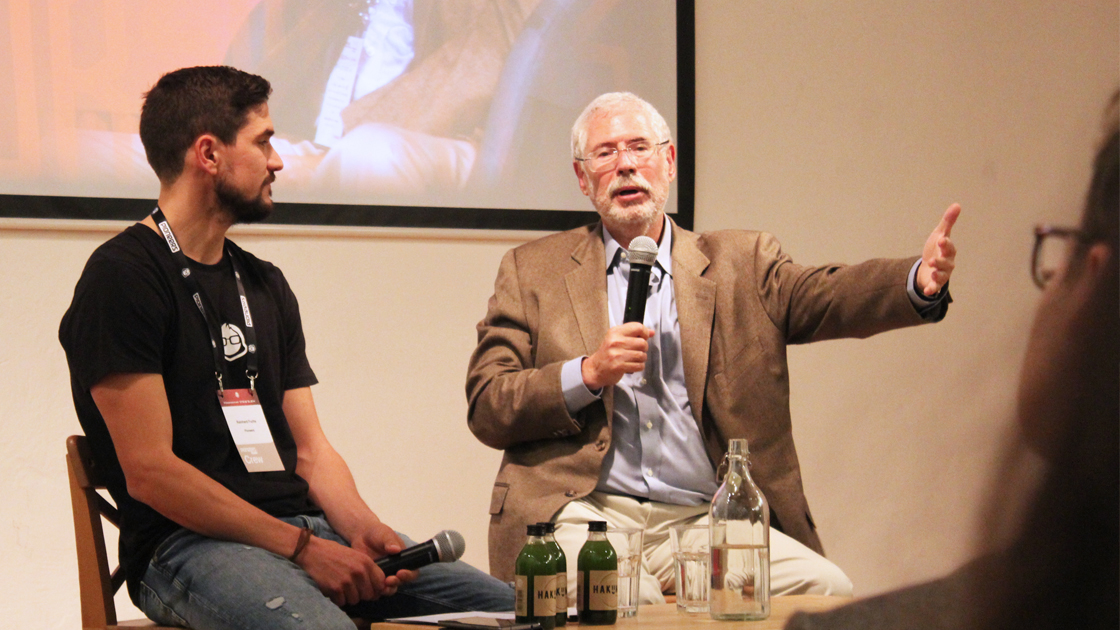 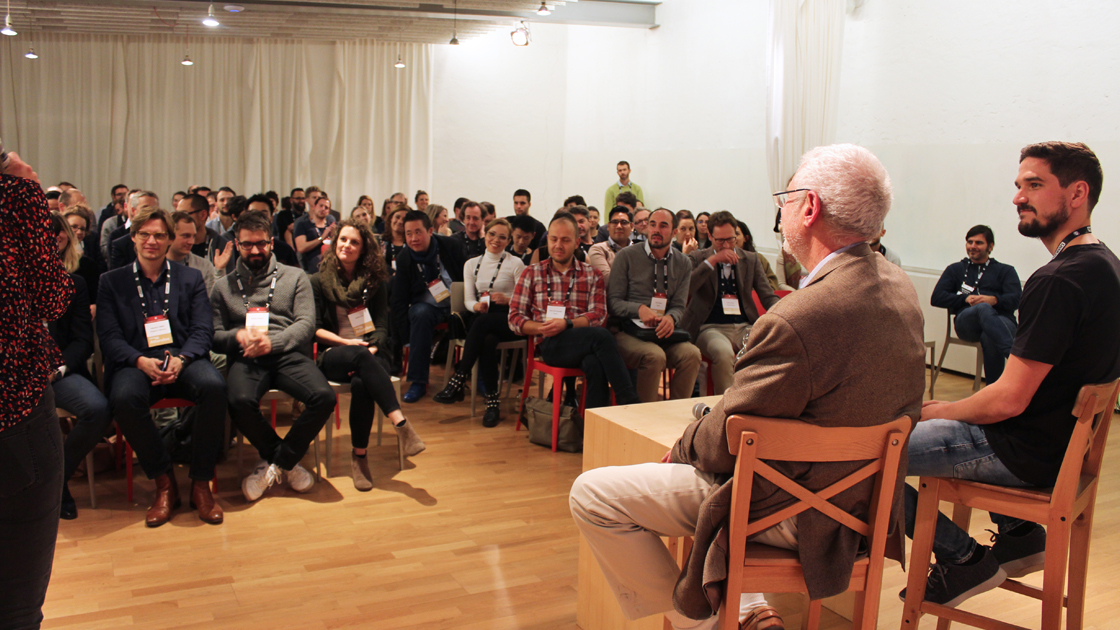 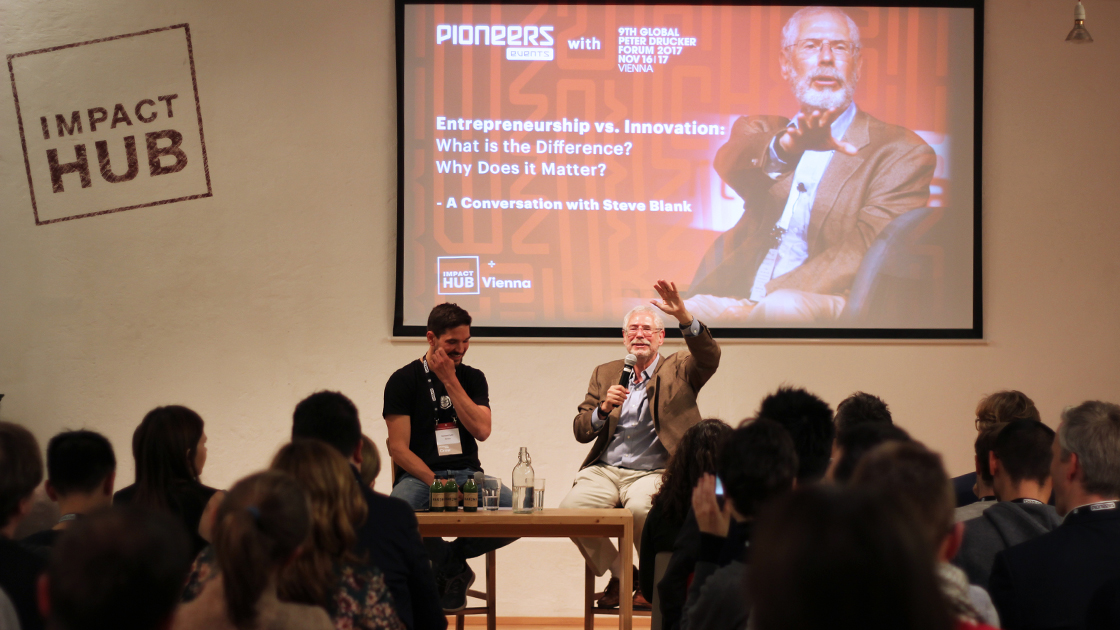 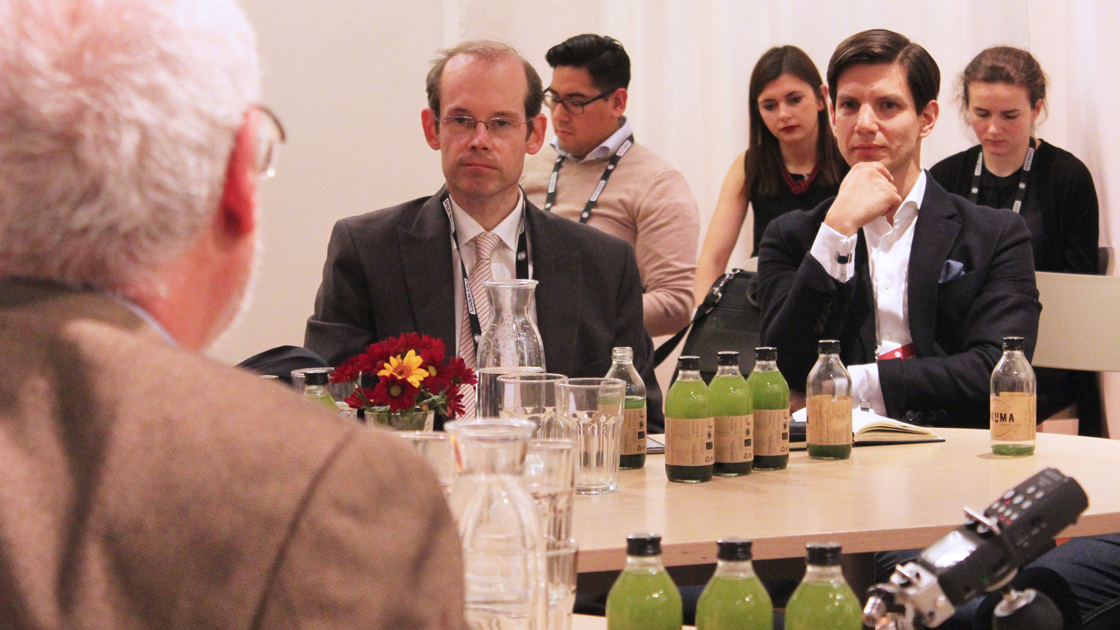 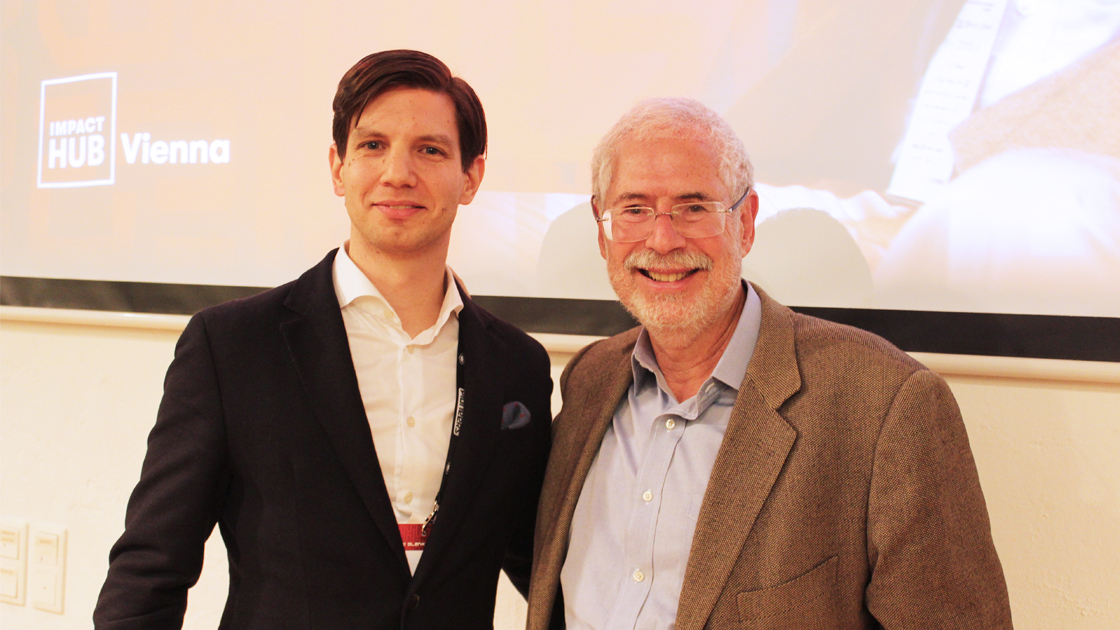