By Sophie RabAugust 9, 2017No Comments 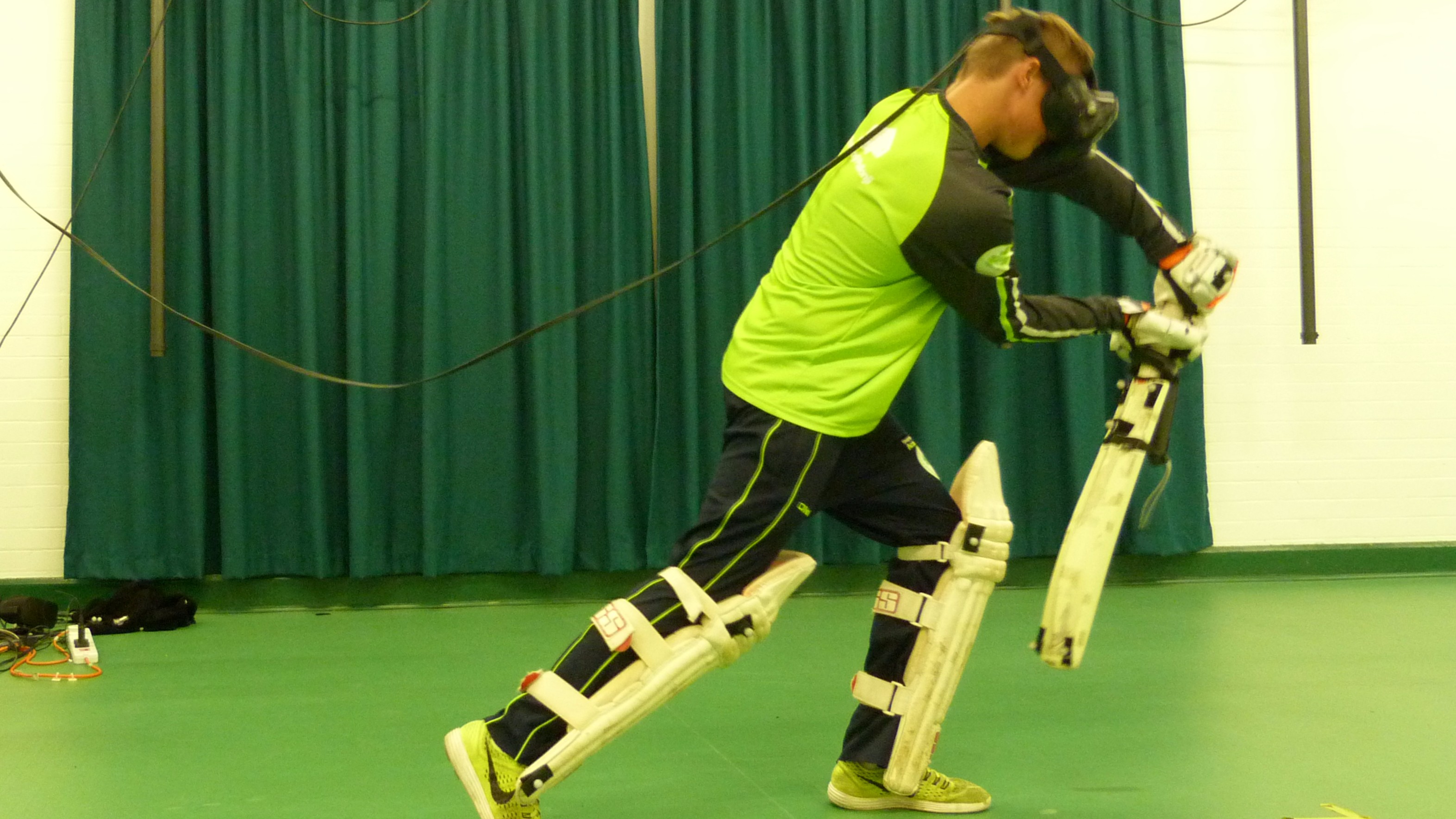 The outcome of a sports contest can depend on decisions taken in a fraction of a second. These moments can define a player’s entire career, not to mention break or lift the hearts of legions of fans. And in the big business that is professional sport, those blink-of-an-eye responses can also have massive financial consequences.

Yet understanding and improving decision-making in sport has never had much science behind it. While fitness training has been studied to death, the split-second reactive stuff that sets you and me apart from Petr Cech has received limited attention. Coaches make up training drills – with all the human variables that entails – and hope for the best. Technology hasn’t had a major role.

Real-life practice does still make perfect. The experts agree it remains the ideal. But practice isn’t always as practical as you’d wish. In sports like cricket, rugby and football, there’s a physical limit to how many hours you can put in. The weather can spoil the coach’s plans, or your team-mates may tire (or risk injury) before you do.

Beyond those practicalities, there’s also the quality of practice to think about. A goalkeeper can face endless practice penalties, or a cricketer can work on his shots all day, but what does the coach really learn about his decision-making patterns? How can he really see what his player is seeing and understand why he does what he does? Is he even practicing the right thing?

Answering hitherto impossible questions like this is where systems like those being developed at Queens’ University Belfast’s Movement Innovation Lab (MIL) come in. Cricketers wield a real bat and don an HTC Vive headset before facing up to a virtual bowler. Goalkeepers pull on their gloves and wait for the penalty to curl around the wall. Rugby players hold a ball and watch a gap open up in the defence in front of them, then decide which way to pass it.

So how is that better that real life, you may quite fairly ask? Well, aligning your rugby team-mates for a useful exercise can be time-consuming and like herding cats, while a virtual input can be set up in a precise and accurate way, allowing targeted practice for a specific player. Instead of using five players to give one player practice breaching a line of defence, you could have all five working on individualised versions of the same drill. And while no coach would want it killing off real practice, certainly a more efficient alternative to try at times.

Second, while the limitless ‘mental reps’ involved can only be a good thing for decision-making skills among the players concerned, be they under 10’s or internationals, coaches will be delighted with the analytical capabilities on offer.

“We did some work with some of the injured players at Ulster Rugby, just to keep their decision-making sharp,” says Professor Cathy Craig, who leads MIL. “And we noticed one of the players had a bias in his response. He was happy passing the ball left, with his dominant right hand, but not comfortable enough with his long pass off the other hand.

“So there’s an example of something you can now identify, so you can say ‘right, let’s do more training and get that action capability up so that the decision-making won’t be influenced by that.”

As we witnessed first-hand in Belfast, experts and coaches can now actually see, plot and analyse the inputs the player is getting. So while he develops his decision-making in immersive scenarios, new worlds open up to the training staff.

Derek Panchuk, Skills Acquisition Lead at the Australian Institute of Sport, discovered the power of that after experimenting with a limited ‘home-made’ VR system for basketball players.

“As a coach, I might be looking at the game film and say ‘why didn’t you pass to that guy?’ But if I’m in that person’s shoes and can be put in that person’s perspective with VR, I know why they didn’t make that pass: they couldn’t actually see them!

“We also found that the ones using the VR stuff for training actually started to score higher. It was really interesting that augmenting normal training with a bit of exposure to immersive scenarios where people can view different plays actually started to help improve some of the decision-making in the game itself.

“I’m really interested in the relationship between perception and action, in understanding how information influences action. And obviously VR is a great piece of technology to do that sort of thing because you can control what the person can see and you can manipulate it.”

The MIL’s systems do just that, but go a step beyond most of what’s out there, says Craig. Because they not only give a person immersion in a sporting scenario (nothing completely unique there) but also lets them make measurable, life-like responses, with real equipment in real time. That’s the biggest step being made in Belfast, and while its training potential needs little further elaboration, it could also begin to play an increasing role in player profiling.

There’s an element of that already happening in American football, where a system from Strivr is used at the NFL Combine. But Craig says Strivr doesn’t go as far as the MIL’s systems do in terms of real-time responses.

“Coaches will spend five million on a player,” says Craig, “but they’ll think twice about spending fifty thousand on some sort of technology to tell you if the player is actually worth five million!

“We want to create some sort of action intelligence marker which could help you really understand a young player coming through who was showing exceptional ability.”

While Pioneers hasn’t had the chance to try Strivr or any other systems – and we’d be curious to do so in order to give a full analysis of where the MIL’s competition is – the crew in Belfast seem to be well on their way to achieving that. The cricket and soccer goalkeeping experiences are more than passably lifelike, and are by no means finished products yet. Ulster Rugby, meanwhile, has seen enough value at the MIL to start a comprehensive player profiling programme this autumn.

Of course, these systems don’t come cheap or easy. Dhawan began working on the cricket system in 2011, when he filmed bowlers at the Australian Institute of Sport, and it’s still being tweaked by the folks at MIL. While the cost of headsets and sensor equipment has dropped substantially in recent times, the man-hours and cost in developing the content are inevitably substantial. It’s gotten as far as it has thanks primarily to backing from the European Research Council.

This tech is on the cusp of doing something transformative in sport, but it will need financial backing to reach its full potential for a given use case. So while the MIL isn’t exactly a startup, it’s an excellent case of collaboration (or multiple collaborations) waiting to happen. With some level of buy-in from a well-funded sporting body (or its kindly sponsor), who knows, we might all be able to practice saving penalties in our living rooms. Just move that coffee table before you dive!

Are you or your startup working on some ground-breaking technology we should try out and introduce to the world? Mail richard.asher@pioneers.io if you are!