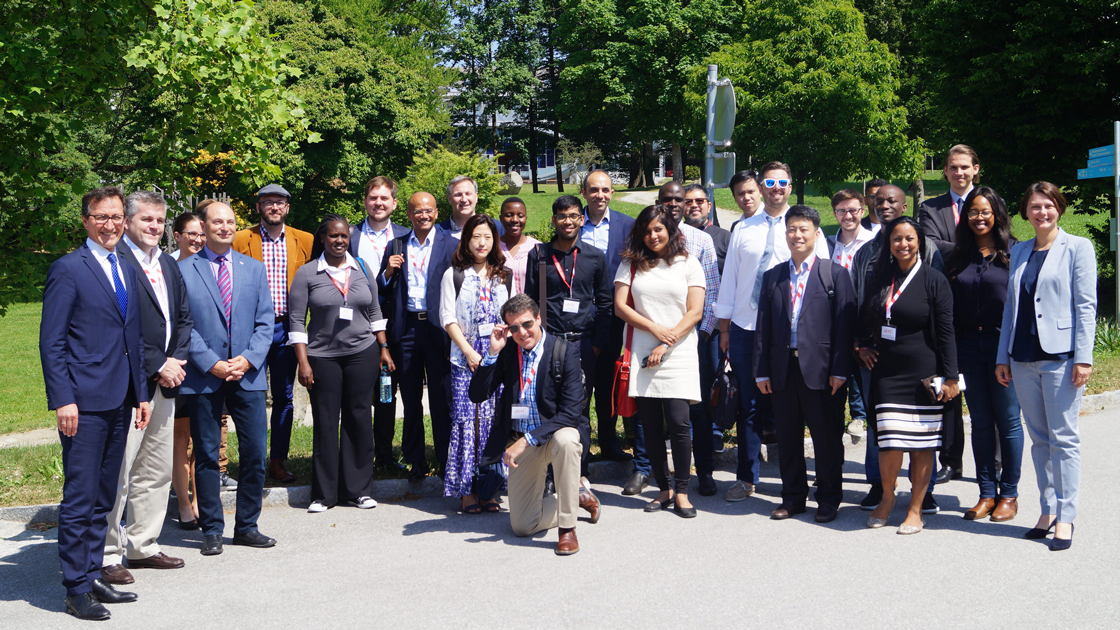 The goal of connecting delegates with Austria’s business community and representatives from public administration and politics, while opening their eyes to the country’s role as a major business gateway to Central & Eastern Europe, was well and truly met, according to the attendees.

For a full week from May 28 to June 2, the participants enjoyed three packed days visiting the Austrian startup scene in Upper Austria and Vienna, and then two days at Pioneers’17, which was included in the ALPS Programs for the first time.

Highlights of the varied schedule included visits to the new head office of Austria’s number one startup success story (and Pioneers alumnus) Runtastic in Linz, the KAPSCH TraficCom Accelerator Program, the Vienna University Entrepreneurship Center and the A1 Startup Campus. There was also time, of course, to experience some of the cultural and culinary factors that make Vienna one of the world’s most attractive cities in which to live – or start a business.

Delegates came from a diverse array of 11 countries, and as far afield as Kazakhstan, South Africa, Kenya, India and of course Silicon Valley!

One of the visitors from the American tech hub was Mark Coopersmith, Faculty Director and Senior Fellow, Entrepreneurship & Innovation, UC Berkeley.

“I was invited by Austria’s Silicon Valley Consul Martin Rauchbauer and really enjoyed the entire program,” said Coopersmith, who also works as an entrepreneur, Fortune 500 executive and author. “I got an appreciation for what Austria and its government is trying to do to try and accelerate innovation and entrepreneurship.

“Vienna in particular is a dynamic city, a lovely city, a great place to live. And these are all positives when it comes to evaluating if a city is a good place to launch a business. We spent some time at a couple of the universities and saw that Austria has an educated, multilingual workforce. It might not have the engineering talent of Silicon Valley, but overall the talent is there.

“It’s good to see that Austria is an East-West platform as well as a North-South platform. In the two days at Pioneers’17, we saw a lot of next-generation technologies and it was interesting to see some things from a little bit further east, which often don’t make it to Western Europe and certainly the US.”

Shradha Sharma, Founder & CEO of Indian entrepreneurial media platform and twice included in the ‘40 Under 40’ list of most powerful Indians by Forbes magazine, found her week in Austria was full of surprises.

“ALPS was an amazing and interesting program,” she said. “I learned a lot. I didn’t know Austria had a startup culture like this. But meeting Michael Linhart [Secretary-General of the Austrian Foreign Ministry] and many others gave me a great perspective.

“The ministry is very progressive, they are doing brilliant and forward thinking work. Before, my impression had been that Austria was just a tourist destination! So it was a real eye-opener for me.

“We heard the stories of a lot of startups and I found Runtastic’s really inspiring, especially the fact that they have stayed in their home town to grow their business further. And the challenges they had to face in their early days are very similar to those faced by entrepreneurs across the world, so we were able to connect over that.

“Pioneers’17 was also very exciting. It was a melting pot for people from all over Europe, and it was great to meet a lot of people I knew who had travelled for the event.”

“ALPS was very good in terms of the structure,” added Pavel Koktyshev, Co-Founder & CEO of the Most Business Incubator in Kazakhstan. “It was very condensed in terms of experiencing different aspects of ecosystem, as well as some cultural attractions and experiences.

“We have ambitions to build a tech ecosystem in the Central Asian region. The Austrian example is much more applicable to that than what I have seen in Silicon Valley or somewhere else, and in this program we got very hands-on information we can apply in Kazakhstan. For example we got a lot of information about government support schemes for startups and VCs. So we got good inspiration from that.”

2017 was the sixth edition of the ALPS Programs, which for the first time since its launch last year put a specific focus on innovation and the startup scene. The seventh edition, another ‘classic’ round with participants from all fields ranging from business and industry to politics and public administration, is currently in planning and will take place from August 27 to September 2. Pioneers looks forward to making further contributions in the future!