By Sophie RabSeptember 22, 2017No Comments 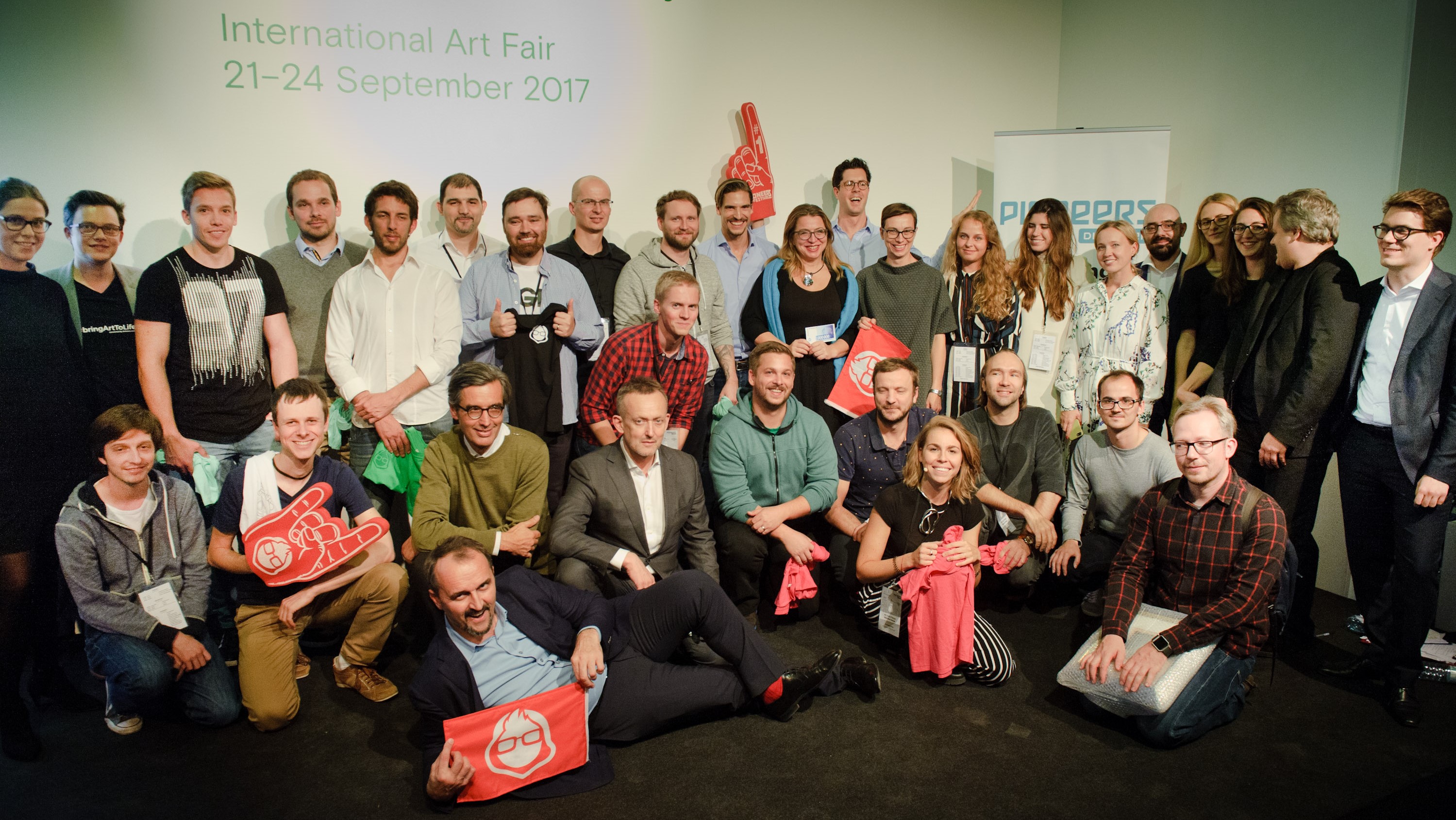 Despite the challenge of competing in their very first hackathon, Qiue impressed the judges with their ‘emotional heat map’, a true hack that was conceived and built during the 48 hours of the hackathon – which began on Tuesday, September 19. In a departure from the ‘Quests in Urban Environments’ experiences they’ve been building day-to-day, their hackathon idea emerged from thinking about the ‘sharing’ and ‘always on’ culture of the mobile generation. With that inspiration they came up with a basic system that could plot the results of users voting on their mood using emoji.

The system allows event organisers to map the overall mood in different parts of an exhibition, concert hall or even a single theatre seat. They could do this in real time, or retrospectively over a defined time period. The data and customer insights this offers could be an invaluable tool for art institutions as they gauge audience reactions in any number of ways.

The simple backend and functionality to communicate with visitors via push notifications could easily be used by a multitude of institutions – and even well beyond the arts scene. 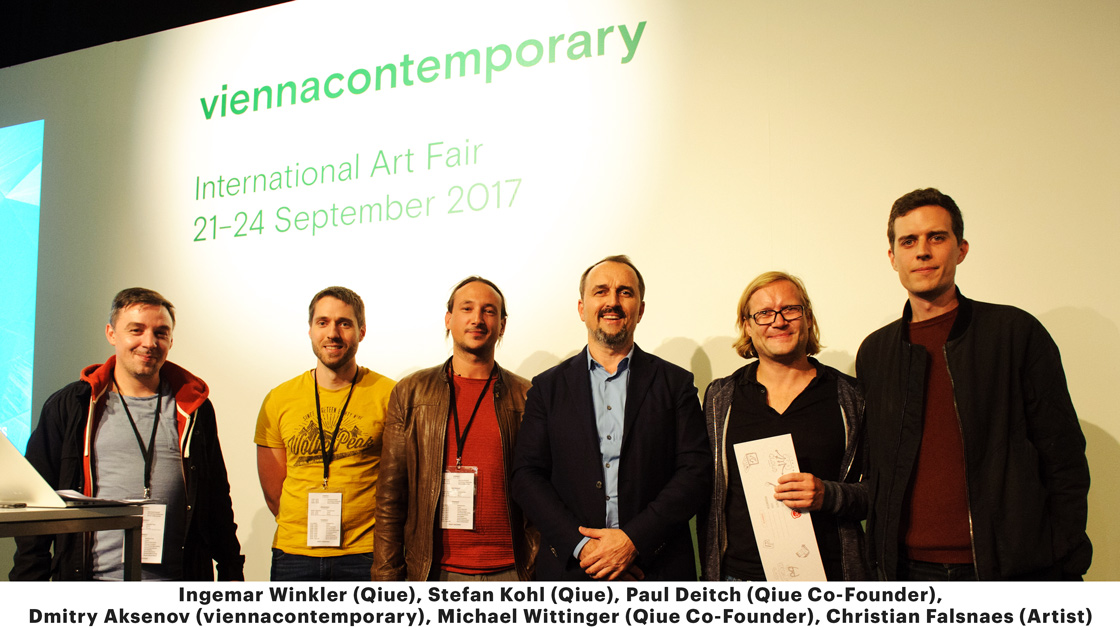 “The emotional map becomes relevant in relation to an environment,” says Qiue co-founder Paul Deitch. “If you have an entrance area, you can see over time how the emotion of our audience changed as they passed through. Or how the mood changed in a single room over a period of time. The wider use cases are potentially enormous, and extremely varied.”

“It was a nervous thing pitching for the first time in front of such a significant and relevant audience, especially with the four-minute limit. I was also quite concerned about going up there last after all those beautiful presentations, but it all worked out in the end!”

“It was a real team effort,” added fellow co-founder Michael Wittinger. “The only way for us to win this was to come up with something creative. It’s our first hackathon and we had no idea what to expect. It’s kind of overwhelming to be here at all actually – especially after I almost accidentally deleted the initial email from Pioneers Discover!

“We don’t understand completely where this idea might go, but we won’t let it fall away. We still believe in Qiue a lot, but there might be even bigger potential for this concept. This is so easy and wide-ranging: you could build it into anything that wants to find out about people’s feelings.

“We might have conceived this idea for an art institution, but you could extend it to a whole city. It could be politically very relevant to have an emotional map, for example.”

There were also four category winners at the hackathon. These were the startups who responded best to specific challenges issued by the four project partners. Festivality’s ‘Smart Festival App’ earned them the nod from Wiener Festwochen, who asked startups for new ways to communicate the programme for the enormous annual arts festival.

The Wiener Staatsoper eventually chose Procedural Design for the way its internal navigation system answered the challenge of finding ways to enhance the customer experience. Viennacontemporary went for Garwan’s personalised art fair tool, which helps match art lovers to the art they’ll like – an impressive response to the hackathon host’s wish to find new ways to guide the decision-making process of various target groups.

The final category winner was Oveit, which came up with the best solution for the Vienna Kunsthistorisches Museum’s challenge to improve ticketing and purchasing processes for art institutions. Beyond Oveit’s payments platform, this also included the idea of museum visitors using Near Field Communication technology to select their favourite works and thus ‘take home’ part of their experience.

Following the clear success of this ground-breaking arts and culture hackathon, its patron Dmitry Aksenov, the Russian businessman who is also Chairman of the Board of viennacontemporary, announced exciting plans for a similar hackathon to take place in Moscow in February 2018.