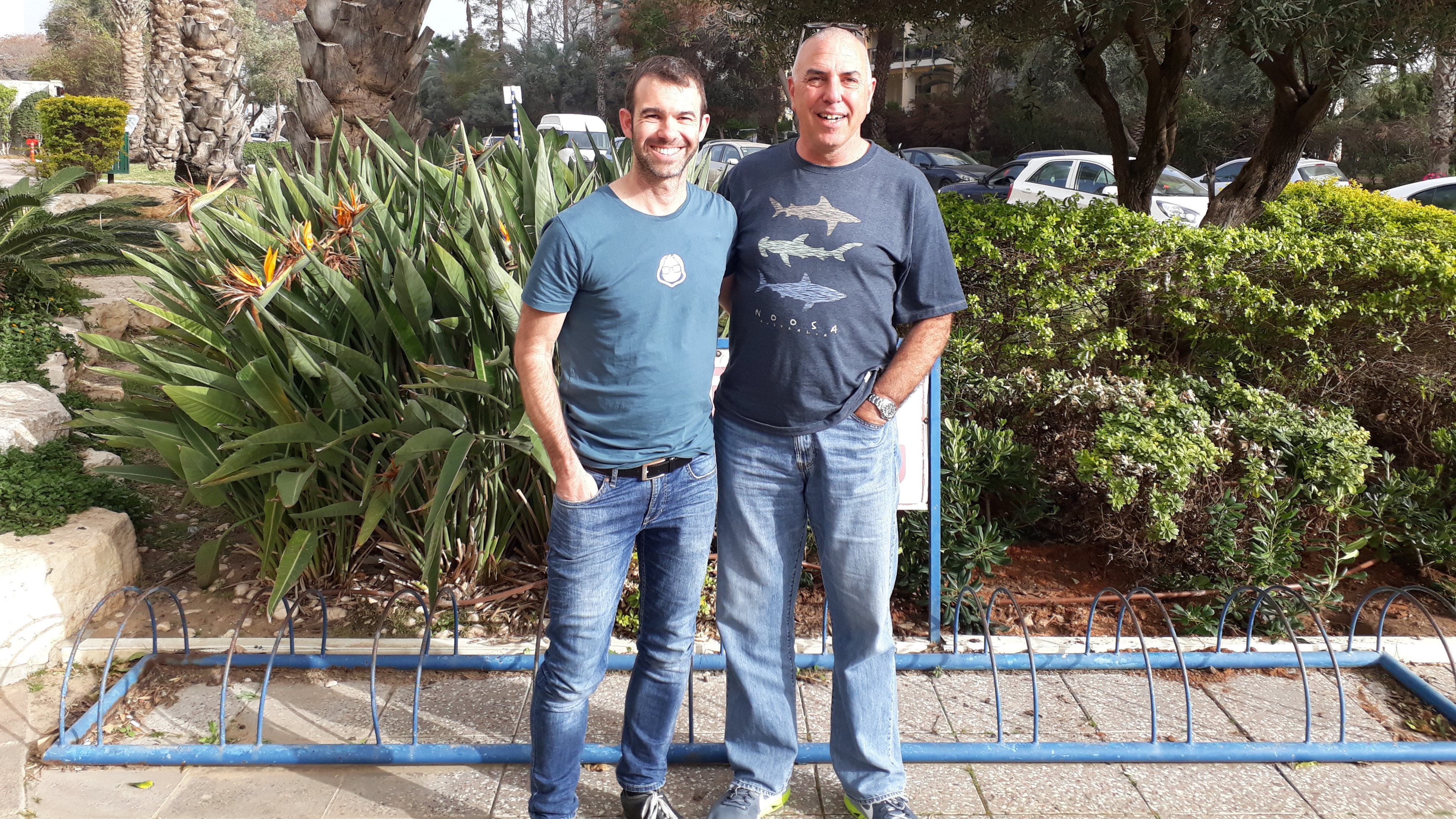 If ever there was a graphic illustration of just how serious it can be to ignore innovation, then the current water crisis facing the planet is it. Right now at the bottom of Africa there is a city where people are stockpiling supermarket water and digging boreholes to prepare for the worst-case scenario. And while Cape Town’s most in the news right now, it’s not alone. Everywhere from California to Europe, the fear of a similar situation lurks ominously in the background of daily life. And while drought is sometimes a factor, few places really have an excuse for allowing things to get so bad.

While countries like the UK have moved to private models, the provision of water is still the job of national, local or city governments in most places. That means profit and efficiency isn’t always at the core of the average public water utility’s business. It’s also a highly regulated environment. That’s made it pretty stagnant ground for innovation – and right now many parts of the world are fighting to avoid paying a massive price for years of neglect.

On our most recent visit to the innovation network in Israel, we decided to meet some local experts who could shed some light on the global water situation. Arguably one of the few countries that has shown measurable and effective improvement in almost all things water – despite the desert dominating the southern regions – there would certainly be a thing or two we could learn here.

First, we tried to understand just how deep the world’s water problems run. Is it fake news? Propaganda? Absolutely not, says Oded Distel, the ultra-passionate Director of Israel New Tech & Eco Systems in the national government’s Ministry of Economy and Industry.

“Last summer, Rome was almost at the point of having a few areas shut down,” says Distel (pictured below). “In Brasilia, every neighbourhood is without water for at least one day a week. Delhi, Mumbai, parts of China and Africa…and just an hour and a half from here, in Amman, they don’t have water! So it’s everywhere. And it’s usually not a lack of water but mismanagement of water.” 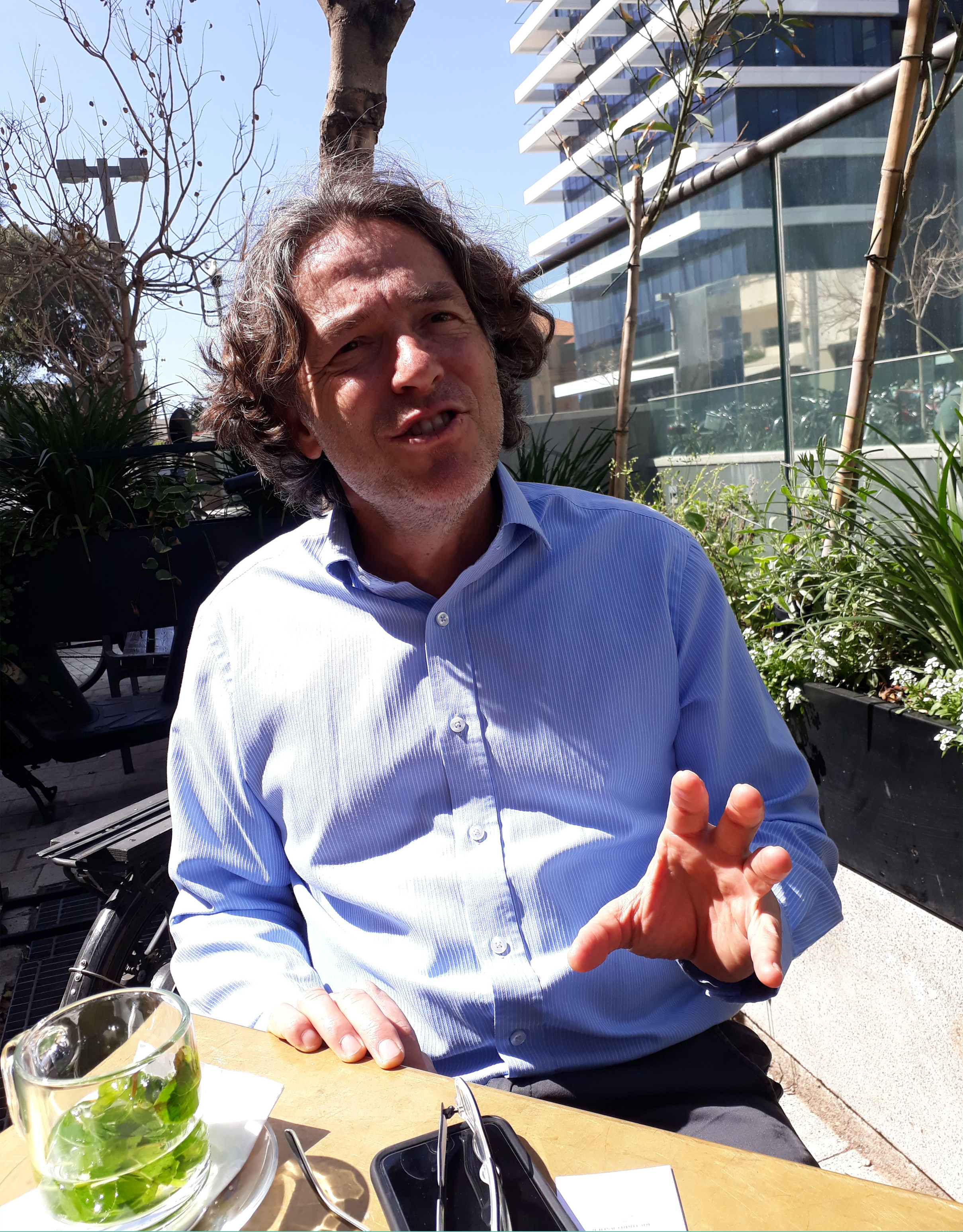 “We’ve doubled water consumption per capita in the last 100 years,” says Amir Peleg, the serial entrepreneur who founded TaKaDu, which has become a real success story with its data-driven network management software for water utilities. “That’s because we’ve upgraded our lifestyles, consuming more clothes and other things. Meanwhile the world’s population is also growing, and at the same time we’ve got less water resources. How can that be sustainable? We need to find the equilibrium.”

So the problem is for real. But how does it break down? It’s not only about water utilities being rubbish.

While Israel has long made enough noise at its own population to make people understand the value of water, on a global scale a general apathy and lack of education has played its part in the issues we face now. Both individuals and companies have been taking it for granted that water is a limitless resource.

“People are not necessarily aware that everything is connected to water!” says Distel. “That means whatever you touch, use, eat, wear, drive…even your phone calls!”

Meanwhile, behind the scenes, those undermotivated utilities certainly have been sluggish to deal with some horrendous inefficiencies.

“Go to a place like Cape Town, and they’re losing 30-40% of their water to leaks and bursts,” says Peleg. “You make all that effort to pump water, clean it and so on, and then the water utility loses a third of it! And this is just on average. Some places are efficient, with just five or six percent loss, while others are losing more than half. It doesn’t make sense.”

With users (including industry) largely ignorant and unconcerned, and utilities typically set in their ways, every aspect of the water game should have been disrupted long ago. But, with slow returns making investment hard to come by and little glamour attached for founders, companies like TaKaDu have been exceptions. Even in Israel, building an innovation culture in water has taken a lot of work over the years. And the challenges remain.

“There is an issue around whether the typical VC model is suitable for this arena,” says Distel. “Or whether you should find different models where you’d need to find a VC with a longer life cycle. Our feeling is that we have a lot of great companies here with great technology but they are struggling to find money.”

If that’s still an issue in Israel, you can bet it’s still an issue elsewhere too. But with people starting to sit up and take notice of the water crisis, this is slowly beginning to change. Water has just become a sexy problem to solve, while sustainable investment funds with a long-term outlook are also joining the ecosystem. And apart from that, say the experts, it’s a use case crying out for the technology and data that’s currently at play. The water problems today’s data-savvy entrepreneurs can now solve are manifold.

“The revolution of digitizing everything is happening in water too,” says Distel. “And there’s so much room for innovation there it is amazing. In terms of monitoring water quantity and quality, precise irrigation, efficient desalination and so on. The ability to collect data, analyse it and take concrete recommendations out of it.

“It’s a huge ocean of opportunity for the water geeks of the world to improve the performance of this sector!”

“There are lots of opportunities,” agrees Peleg. “I come from the data-driven side of things and I can see that across the board everything will have more data. And wherever you have data, you have to bring data technologies.”

“We’re now in a world with sufficient data,” says Oded Rahav, another serial entrepreneur. He works with Supplant, a company exploring just such data opportunities, right at the intersection of water and agriculture innovation. By harnessing sensors and algorithms, they provide efficient irrigation strategies to large and small farmers all around the world. “We have sensors in soil and on plants. We have climatic data. We’re now answering the question of what to do with this data.”

“Agriculture is the biggest problem to solve from a water perspective,” stresses Peleg. “That’s where 70% of water goes. It’s 70% agriculture, 20% industry and 10% residential. It’s a huge challenge and I’m not saying it’s easy to solve. The market is trending towards megafarms and if you can make that macro economy more efficient then you can save a lot of water. Which crops should you grow? What irrigation techniques should you use? Agriculture has to be upgraded with a lot of new tech.”

And while the likes of Supplant are showing ways this could be done, industry is another area where new water management ideas are sorely needed. Both Distel and Peleg reference Intel’s facility in Kiryat Gat, Israel, and just how its water usage dwarfs that of the city itself. The chips in our devices have a high water cost most of us don’t appreciate. But this kind of dark secret exists across all sectors: another area where startups can make real change.

“The opportunities there are rich,” says Distel. “In all those large global industries, from oil & gas to pharma to metal to chemicals and textiles. All of it is connected to water and all of those sectors are under pressure to minimize the amount of water that they use. And to upgrade their water treatment once they are done with this resource.

“And for many years it was taken for granted. Water was there, we used it, we disposed of it – done. But this concept of business as usual is wrong. Those large companies all understand this, and are looking for ways to improve their performance and discuss things with entrepreneurs and innovators.”

Most companies are aware of the need to innovate, but some could do with a stronger focus on this area. Certain public water utilities, meanwhile, are almost a caricature of the stuck-in-its-ways corporation.

“The two major pain points in the water industry are the ageing infrastructure and the ageing workforce,” concludes Peleg. And that’s a bit of a worry, if we consider that these are the people responsible for water flowing from our taps at home. But TaKaDu has seen plenty of them embrace change, and Peleg believes many more can and will transform.

Places like Cape Town are already well and truly in firefighting mode. The challenge now is for the rest of us to avoid getting into that kind of pickle. But thankfully, innovation is starting to happen in this space. As in the life sciences, the race for profit may also be accompanied by a race to glory. Because when it comes to having an impact, there are few opportunities greater than water right now.

Among the speakers to discuss water issues at Pioneers’18 are Jonathan Risley of ThinAir, who will show off his startup’s technology for extracting water from the atmosphere.

Interested in meeting the latest water innovators and their technology? Buy tickets for Pioneers’18 here.