The Pioneers Hall Of Fame: All Our Winners

By Sophie RabNovember 14, 2018No Comments

Pioneers has now developed a rich history stretching all the way back to 2011. That being so, the time seems right for a full run-down of all our flagship, regional and industry-focused event winners since we were known as Startup Week. More importantly, we check in on where their journeys have taken them since the victory champagne dried. 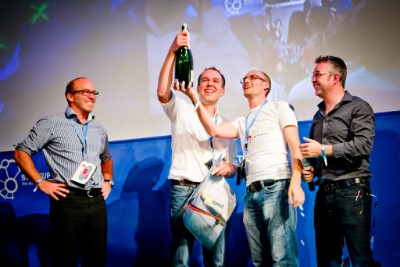 Our first winners set the tone by going from strength to strength after victory at what was then known as Startup Week 2011. The Vienna startup’s digital diabetes management solution was at an extremely early stage when they pitched successfully at Haus der Industrie, but their idea ultimately proved so valuable that they were acquired by pharmaceutical giant Roche in 2017. 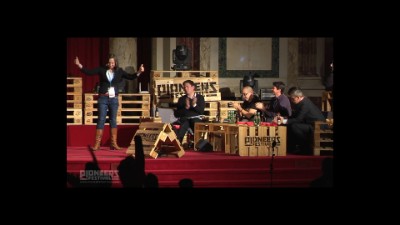 As our flagship event took on the Pioneers Festival name and moved into the spectacular Hofburg Imperial Palace, where it’s still held today, Poikos emerged victorious. Founder Nell Watson presented her clothing measurements scanning technology, which allowed for accurate 3D readings with any device. Watson subsequently took the idea to the next level by teaming up with two co-founders to launch QuantaCorp. 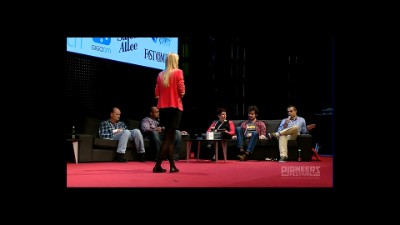 BabyWatch took the spoils after its Slovenian co-founder Urška Sršen wowed the Hofburg with her company’s unique real-time pregnancy monitoring system. Unique because it was for mothers, not doctors – and worked with a mobile app. Babywatch is still operating, but Pioneers Festival was a springboard for Sršen to subsequently launch the world-renowned Bellabeat company. Now based in San Francisco, it has expanded into a broad range of fashionable smart health wearables – an idea one of our jury actually mentioned during the post-pitch questions at the Hofburg. Sršen, an artist by craft, is now one of the startup world’s most inspirational female success stories. 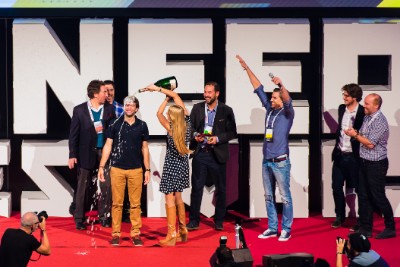 Croatian startup Oradian aims to boost financial inclusion by enabling institutions to grow and serve more clients – specifically the ‘unbanked’ in remote areas. Their cloud-based toolset makes it easier for institutions to deliver services to such places without great cost and operational investment. After trialling their concept in rural West Africa and moving to a subscription-based service, the company opened additional offices in Lagos and Manila. 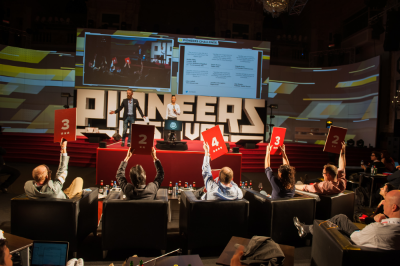 This was the year that the Rangelov brothers, Svilen and Konstantin, came to the Hofburg to explain their mission to democratize air freight with a low-cost autonomous delivery drone. They exhibited a 1:10 model of their prototype while Svilen pitched to the jury – with great success! In 2018 the Bulgarian startup’s ongoing explorations in autonomous drone technology saw them become a strategic partner of IATA, the primary global air transport regulator. 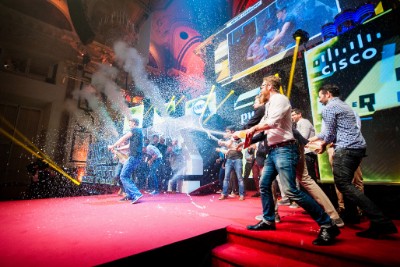 Anyone who ever had to spend half a morning hunting for their work expense receipts understands the problem Pleo solves. Their company payment solution includes virtual and plastic cards for employees, with pre-defined limits, automates expense reports and simplifies company spending. In 2018, having grown their employee count to over 40, the Danish company raised $16 million in Series A funding. 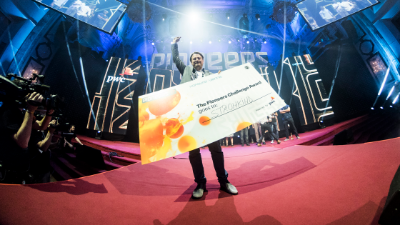 With our flagship event rebranded to Pioneers’17, it was Austrian aquatic drone manufacturer Stromkind that struck gold at the Hofburg. The first ‘home’ winner since mySugr, it was Stromkind’s autonomous water drone that won them the day. The KAT 300 can actively perform water-cleaning tasks, most notably the automated removal of algae. In 2018 they signed a Joint Development Agreement with the China State Shipbuilding Corporation, for developing autonomous electric technology solutions. 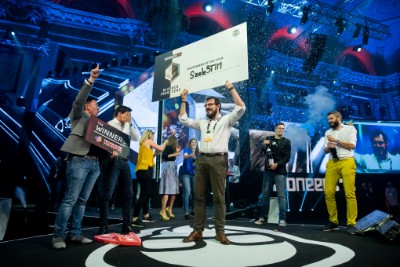 This time startup honours went to an Austrian company with Hungarian roots. The first healthcare winner since Bellabeat, SzeleSTIM impressed both the jury and the audience with their wearable, personalized chronic pain treatment device. Worn on the ear and built to stimulate the vagus nerve with a pattern tailored to each patient, the potential impact of their product for the millions of chronic pain sufferers got them over the line at the Hofburg. 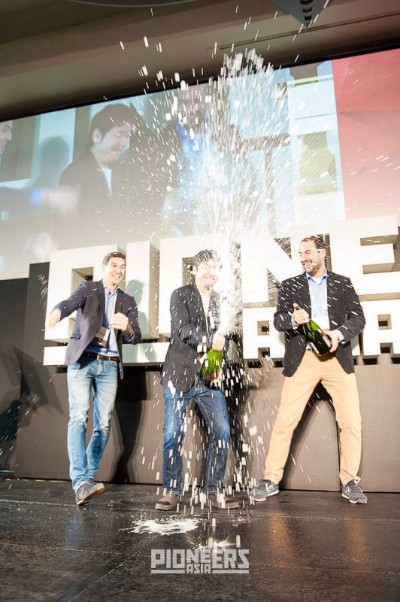 When we staged a one-off event in Tokyo, we discovered whole new worlds of innovation. Such as our winner WHILL, which challenges negative perceptions around wheelchairs with its intelligent personal electric vehicles. With a stylish look complemented by innovative technology, the Japanese company’s work has won wide recognition since Pioneers Asia, including a ‘Best of the Best’ Red Dot Award in 2018. 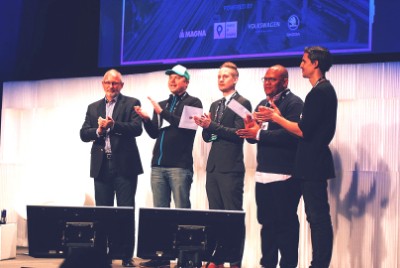 Estonian startup Palleter wanted to revolutionize the efficiency of the logistics market. Our first Mobility.Pioneers winners had software allowing cargo and the many trucks with spare capacity to find each other. Soon after they were offered a million Euro investment – but turned it down. Further market tests had convinced them that they wouldn’t be profitable, and they wound up the company voluntarily. But later in 2017 a partnership and a pivot brought their idea back to life: global private equity platform TPG Capital believed in Palleter’s core telematics technology, and they founded logistics tracking company Sixfold. 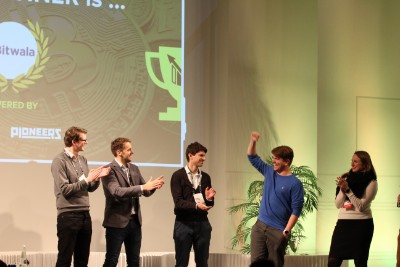 Many of the startups at our dedicated Fintech event in Berlin were looking for efficient ways to bring together cryptocurrency and ‘traditional’ currency. Bitwala, with its simple, accessible vision for the future of cross-border money transfers, was the best of them. Their goal is to harness the Blockchain in order to finally eliminate high fees and slow transfer times. They went on to raise $1.7 million from German investors in July of that year. 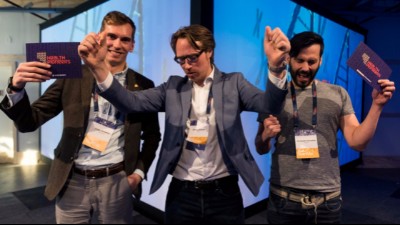 With personalization in medicine all the rage, it was no surprise that tailor-made vitamin startup Baze took the honours at our dedicated healthcare event in Amsterdam. Using a subscription model, the Berlin-based startup offers customers the chance to have supplements customized to their body’s specific needs delivered to their doorstep. All they need to do is a simple blood test at home and send the kit back to Baze. Ongoing monitoring and adjustment is part of the deal. They went on to make the Pioneers Challenge Award Top 8 at Pioneers’18. 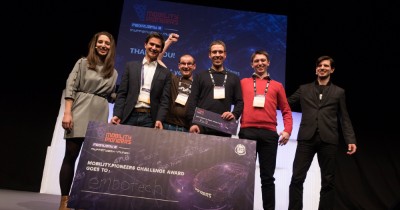 Swiss startup embotech provides critical motion planning software for the fast-growing autonomous car industry, and was victorious in our second mobility-focused event at Munich’s Muffatwerk. Their technology kicks in at the post-sensing phase, controlling a self-driving car’s steering, braking, acceleration and parking in real time via calculations performed 50 times per second. They’re already working with Volvo, Renault and the European Space Agency. 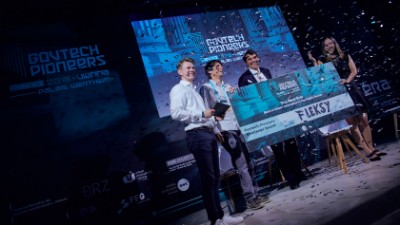 Communications security startup Fleksy came out on top at Europe’s first full-day event dedicated to innovation in Govtech, which we staged in Vienna during Pioneers’18 week. The Barcelona-based startup offers a secure keyboard, functional in multiple languages, which it licences to national governments to protect their internal mobile communications. 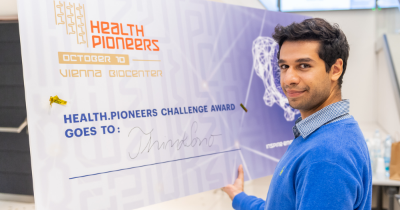 As we brought our health industry event ‘home’ to Vienna, staging it at the renowned Vienna BioCenter, former Pioneers Ventures portfolio startup ThinkSono came out on top of the pile. The London-based innovators have developed a hand-held ultrasound device that brings a massive efficiency gain to Deep Vein Thrombosis detection. This alternative to the traditional large, expensive, complex ultrasounds is viable for family doctors to use – which means saving time, costs and most importantly lives. 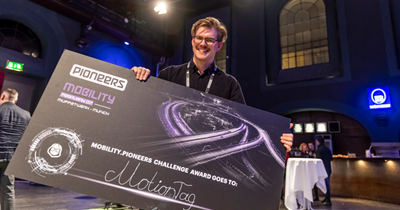 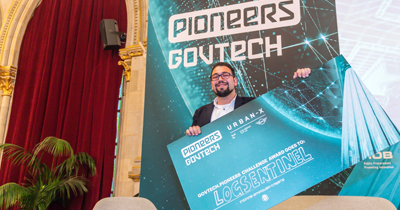 GovTech.Pioneers ramped things up in 2019, with a switch of venue to the world-famous and perfectly fitting Vienna City Hall. There, cybersecurity startup LogSentinel defeated three strong competitors in the final-round Startup Battle. The winner’s prize was also next-level, as it included a trip to New York to meet with the URBAN-X accelerator. The Bulgarian-Dutch startup offer a solution for governments to secure sensitive information in a private blockchain.

And the next addition to our Hall of Fame? They’ll be crowned at Pioneers ’19 on May 9th-10th. Click here to be there!