Pioneers ’19 Founder Guide Part 2: More Pitching Lessons From the Past 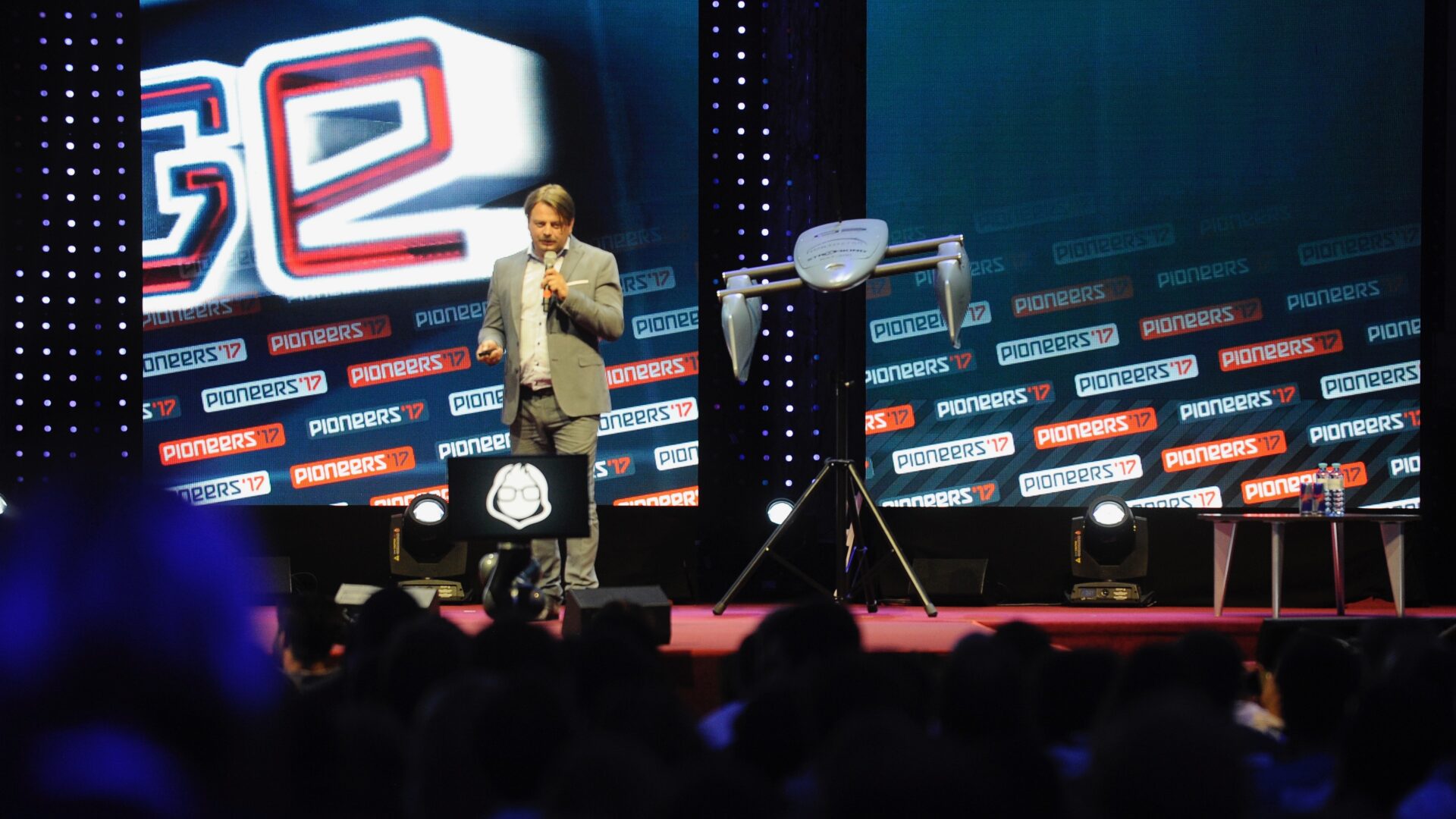 In this second article in a two-part series ahead of the Pioneers ’19 pitching contest on May 9th-10th, we continue to look at what it was that set the winning startups apart in previous editions of our flagship event. If you missed part one of these practical learnings any founder can use for their presentations, click here to read it. Or, if you’re already up to speed, keep reading to see what you glean from the last two years’ winning pitches.

Just as Dronamics had also done in 2015, Stromkind showed the value of having a physical product (or at least a model of it) present at the Hofburg. Having taken up the offer of an exhibiting slot in the entry foyer, most of the audience and jury had noticed their water drone long before the final pitches. But, just to be sure, Managing Director Andreas Desch asked if he could take the sizeable machine up on stage as well.

Desch arguably didn’t wow so much his delivery as with the structure of his pitch. He didn’t do a memorable hook for the audience, but he did do a textbook job of jumping straight into the drone’s practical applications. Rather than resorting to vague, meaningless, top-line language about transformative aquatic technologies, he listed the drone’s three primary practical applications. What it could do, in other words, rather than what it was.

It wasn’t a classic problem-solution setup, but jumping straight into use cases has its own merits. You just have to be sure the jury will be able to see the problem your tech solves without being spoon-fed. Be aware of how specialised their knowledge is.

With those use cases out of the way Desch then got into the essential DNA of the product. What features allowed it to do those things it could do, or at least do them better? To do this he showed a simple diagram annotated with three ways in which the drone was a unique improvement on existing technology: non-clogging, integrated cooling, 70% higher efficiency. It was a great example of how to execute the ‘value proposition & unfair advantage’ step that should come early on in most pitches.

And with that, the essentials were covered. There was plenty of time left, in fact, to touch on the team (the fact that they were serial entrepreneurs made their credentials worth mentioning) and initial traction. Finally, Desch had a clear answer for all questions, using examples to illustrate his replies.

Instead of an interactive question or a profound statement, the year’s ultimate winner Stefan Kampusch grabbed the audience with an eye-opening statistic. Not only was it impactful, but he made you sit up and take notice even more by coupling that ‘problem statistic’ with a bold solution statement.

‘There are 190 deaths per day due to opiate misuse. We are solving this,’ was all Kampusch said to get the crowd on his side.

Judging by the feeling in the room at that point, that was half the battle won. After this stark setup, the SzeleSTIM Co-Founder then added the essential details about that problem and how his company’s solution would take it down. This was simply a case of going a layer or two deeper into detail – and because people understood the first layer, they were more likely to listen to that detail.

As with Stromkind the year before, the startup illustrated the solution in the best possible was by bringing their (considerably smaller) piece of hardware on stage. The ‘vagus nerve’ technology that was key to its functionality, however, was summed up in just a line. As has so often proved to be the case with our winning startups, more detail wasn’t required in the pitch.

The rest of the presentation built on that foundation with an overview of the go to market plan and the team.

Want to be in the mix for our future pitching events? Register for our online dealflow platform Piobay here.