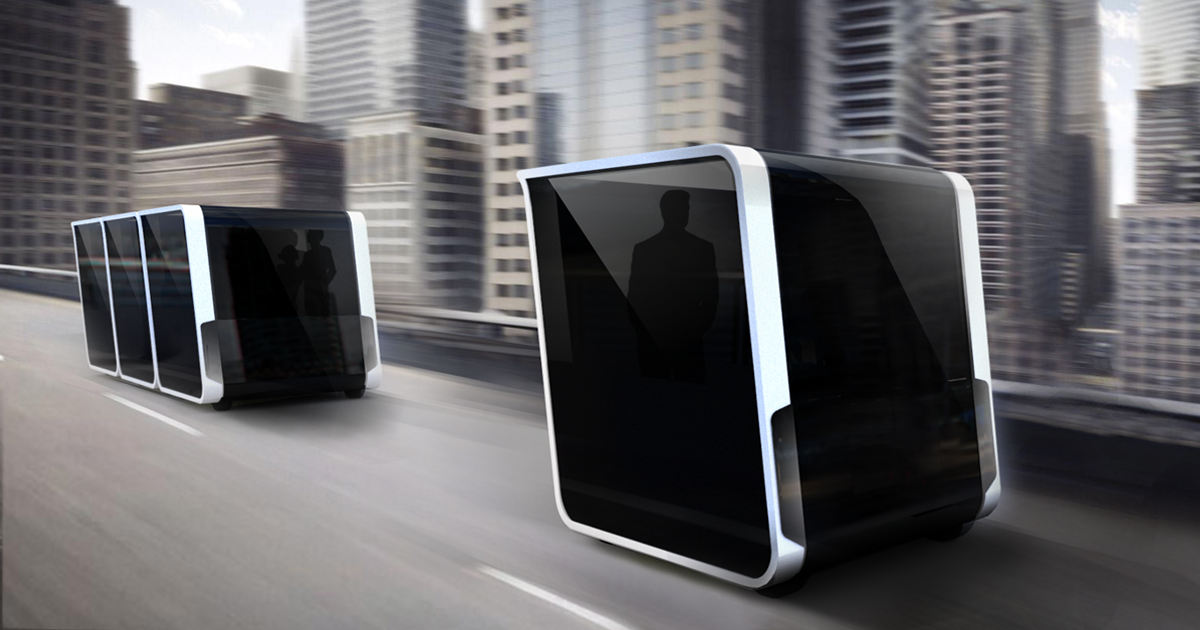 Ask ten people when they think we’re going to see autonomous driving arrive on any significant scale, and you’ll get ten different answers. Yet despite wildly varying estimates on the matter, almost everyone is making big bets in this space. Bets that could prove very costly if it does, in fact, take fifty years for us to be whizzing around town in on-demand vehicles that steer themselves.

Tommaso Gecchelin’s not taking any bets. Instead, the Italian founder of Next Future Transportation has developed technology that will work in both an autonomous and a non-autonomous world.

“One of the things I wanted to avoid was the necessity of self-driving inside the vehicle,” he told us in an exclusive interview. “This guarantees a fast go-to-market strategy, because if you wait for self-driving to be legal, you will end up waiting ten years.

“What we are leveraging on is not having a general purpose self-driving vehicle, but having a modular vehicle. The modularity is the core of the technology.”

What’s this ‘modularity’ all about? Well, the concept, which has its roots in Gecchelin’s industrial design thesis from 2012, is to make transport a whole lot more efficient (and traffic a thing of the past) by deploying a system of 10-person Next modules that can couple together (like building a road-going train) when it makes logical sense to do so.

To explain this flexibility with a concrete example, you and I are both heading for the same address on our daily commute. You leave your house and I leave mine. Each of us joins a single Next module. When we get closer to the city, and our routes converge, our respective Nexts will couple onto a module that’s waiting to take us that ‘last mile’. The connection is such that we will literally be able to step out of our original module and into the new one, which might probably be a longer ‘train’ of modules appropriate for the higher number of riders in the centre of town. The original modules, which brought us this far, will then decouple and go off to their next assignment.

“You might say it’s expensive, but it’s much less expensive than a taxi service. Less than 50% the cost of a taxi service, in fact, because you can move more than twice the number of people you move with a taxi. And you can create some kind of public transportation service with pricing somewhere between taxi and bus.”

Next’s concept, which is just about impossible to put a label on but rather creates a transportation category of its own, is the kind of truly out-of-the-box thinking that doesn’t come along very often. And it’s hard to argue with the logic that this efficiency will help make the toss-up between convenience and cost far less dramatic.

To return to our original point, it’s worth underlining that these ‘physically collaborative’ pods have drivers. It has to be that way if the company wants its system to get up and running (apart from just in isolated experimental zones) anytime soon. Only the actual docking part (a very close-range operation that doesn’t rely on friendly regulations or infrastructure) is automated. And because there’s no technology that’s ahead of current laws, Next Future Transportation has already been able to engage cities like Tokyo, Singapore and a number in the USA.
That means a flying start, but when full autonomy does arrive, the economic advantage of the Next system will only kick in stronger.

“When Level 5 self-driving comes, you don’t need to buy a new vehicle,” says Gecchelin. “You just need to upgrade the software, and fire the driver. The optimization of people and traffic won’t change much – but of course the other thing to change is that the cost of the driver will be zero. That’ll change the cost of a ticket. It won’t be comparable with a taxi.”

When will we get to see these pods on our local streets? Well, it’s going to take a forward-thinking city to commit to taking the first leap, but they’ll be able to look to Dubai Expo 2020 for inspiration. Next has sold 12 units for that innovation jamboree, and in the meantime it’s working hard on its second-generation vehicle, which will be compliant for full CEE certification.

To hear Gecchelin and a range of other top speakers, as well as meet leading, hand-selected mobility startups, corporates and investors changing the mobility landscape, get your Mobility.Pioneers tickets here.