The Million Euro Funding Tip: How Mentorship Learnings Can Launch Your Founder Journey

By Richard AsherJuly 23, 2018No Comments 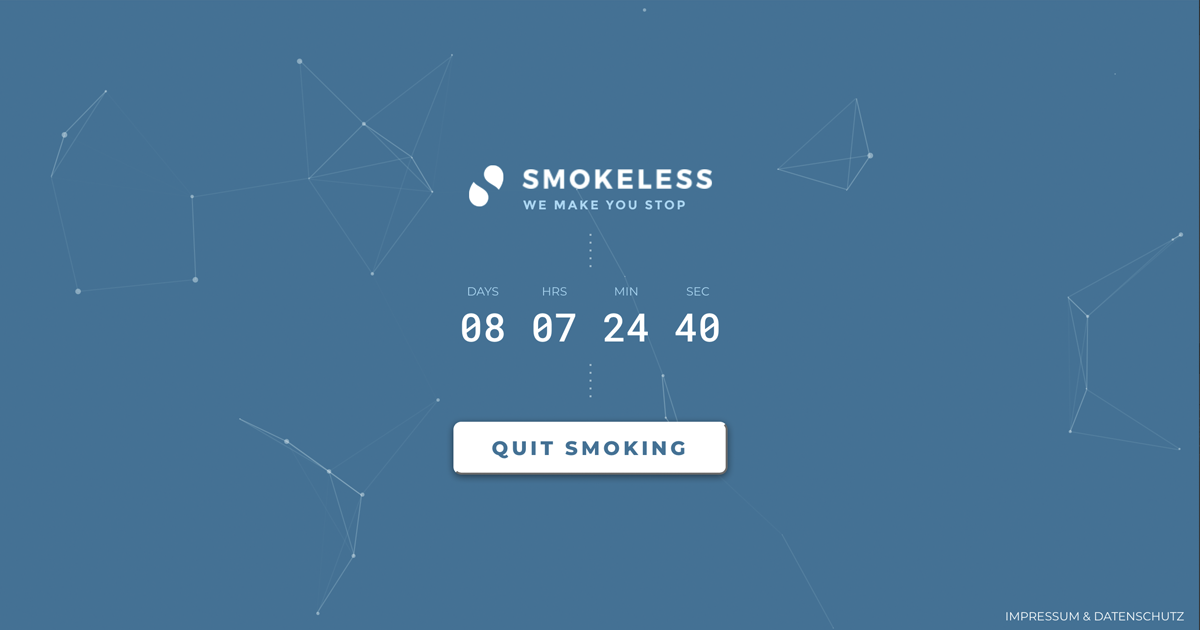 Munich-based startup Smokeless has developed a smart e-cigarette, which is designed to wean people off nicotine in personalised fashion, according to their smoking habits. Combined with a competitive gamification element that tackles the psychological elements of addiction, its potential to solve a huge health problem is clear. Even though details of the product remain under wraps until their upcoming launch, the basics were enough to convince the jury at Pioneers’18 and for Smokeless to have raised almost a million Euros in funding already.

It’s been a fast rise for the German startup, no doubt about it. Talking to co-founder Daniel Kilger, it becomes clear that one of the main reasons for that is the fact that he and his co-founders took the time to learn from the best before embarking on their project. Following his studies, Kilger spent time working as a startup scout, startup evangelist and mentor in the Munich scene before deciding the time was right to start building a team and an idea in 2017.

Most notably, it was his attitude to challenges and obstacles that changed to optimal after rubbing shoulders with the good and great of the entrepreneurship world.

“For me it was important to spend as much time as possible with like-minded people I could learn from, until I really felt that there was an idea worth chasing,” says Kilger.

“I got my mentality from meeting a lot of super inspirational people,” he continues. “I attended speeches from Richard Branson, Eric Schmidt and met the founders of Airbnb. People like their co-founder Nathan Blecharczyk had a big influence on me and the mindset. And how I deal with challenges. Because when you hear some of the stories from Airbnb…you realize that was real challenge!

“I could see that you need to think big, and believe big, in order to have the big results. This sounds like a stupid motivational line, but hearing it from people who worked through this made me really believe it.”

Another to inspire him to push through choppy waters was Andy Goldstein, Kilger’s former boss at the LMU Entrepreneurship Center.

“Andy always says that ‘every breakdown is opportunity for a breakthrough.’ And that’s exactly how I see it now. Difficulty is not an obstacle for me, or something that stops me, but it’s a challenge.

“It doesn’t matter how big the obstacles are – there’s always a way to solve them. We had a lot of those so far with Smokeless, especially developing a groundbreaking new product that has never existed. There’s no classification for such products and no standardized accreditation process. We are basically pioneering the market and the change of regulations, which is not the easiest task.”

Such tasks are quite familiar in the life sciences, and Kilger says it was one of many.

“From day one we faced not only small hills, but real Mount Everests. It turned out that by by being creative and not surrendering, they all vanished. With the right people you can solve nearly everything.”

And solving these isn’t just an opportunity to get your project back on course, says Kilger. It’s also a chance to steal a march on the opposition.

“With every challenge you overcome, you move further away from the people trying to do the same thing. When we climb Mt Everest, it doesn’t mean just anybody else can do it – even if they have the same idea, same resources and the same training. It doesn’t mean we will both end up at the top. So now we’re happy to welcome every challenge!”

And they’ll make sure they tackle them quickly, says Kilger. Because, again, the competition will be trying to do the same.

“One important thing I’ve learned is that you need to move super fast. There’s always somebody moving faster!”

And, finally, when racing to overcome those Mount Everests on your startup journey, it’s important that you don’t forget that mentality of learning from the best. Help is usually at hand if you’re willing to look for it.

“Whatever you know, there will be someone who knows better. Whatever I know about hardware or medical, there’s always a doctor who knows more.”

The power of the minds in the broader world of innovation, then, will always be something you should try and tap into. So while immersing yourself in general inspiration ahead of founding a startup is certainly an avenue to consider, never forget to stay open to more specifically relevant tips once you start your journey!

While the advice in this article will have general application to startups and their founders worldwide, both Smokeless and we at Pioneers are awaiting the public launch of their product with keen anticipation. Stay tuned to our channels over the next few weeks for the first glimpses of it!