Meet The Startups We Sent To BBVA Open Talent Glory

By Sophie RabOctober 25, 2018No Comments 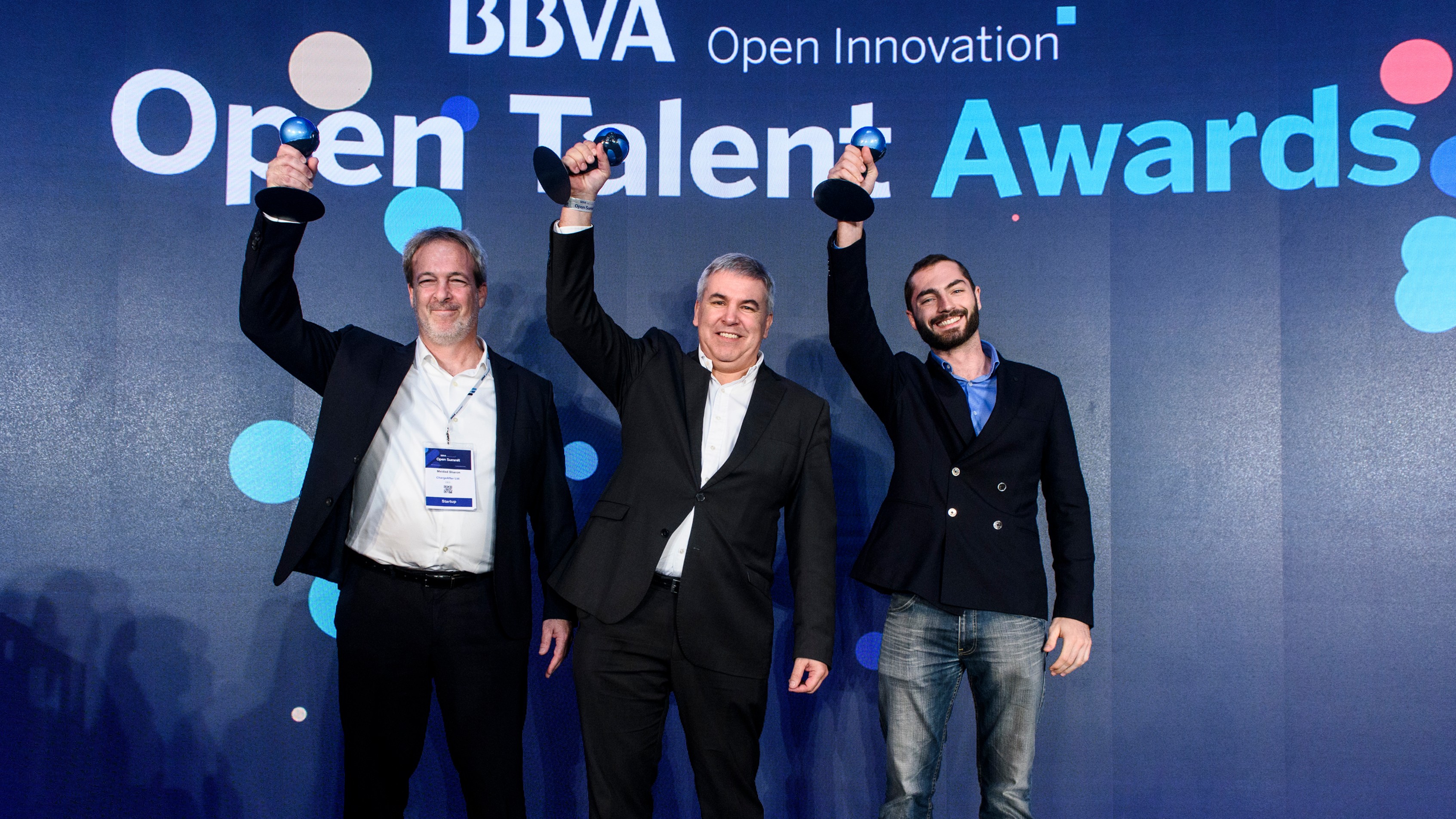 Last week, when the winners of the BBVA Open Talent contest were announced in Madrid, we were pleased to learn that two of the three winning startups were those scouted by Pioneers Discover. That represented an excellent strike rate for our consultancy arm, which provided 166 of the approximately 900 startups considered for the world’s biggest Fintech competition – and five of the eight finalists!

Now in its tenth year, the global-scale innovation contest concluded last week with competitive pitching and an awards ceremony at the Casino de Madrid, in the city where BBVA has its headquarters.

With five of the eight finalists having been brought to the contest by Pioneers Discover scouting at the very beginning of the process back in February, we were watching the proceedings with interest from our own Vienna headquarters. And were then delighted to hear that ‘our’ startups Sedicii and Dunforce won the Fintech for Future and Fintech for Business categories respectively.

Congratulations also to Chargeafter, which triumphed in the Fintech for People category and, like all three winners, earned a prize of €50,000.

For Dunforce, however, the opportunity to work together with BBVA is far more exciting than the money. And they’re already building a Proof of Concept for the banking giant.

“Money is really just something that exists in the moment for us,” its Business Developer Joachim Carpentier (above right) told us in an exclusive interview. “But collaboration really gives you a future. It’s a huge opportunity to work with BBVA. There are product features that we simply cannot develop without a partner like them, so it’s very important for us going forward.”

He also explained more about how Dunforce’s ‘Smart Virtual Collection Agent’ makes life easier for small and medium-sized companies. It turns out that their tech promises to solve invoicing headaches that trouble our very own finance department at Pioneers on a daily basis!

“Imagine you’re a company sending out 1000 invoices per month,” he says. “You have to check who paid you, and how, at regular intervals. Big companies generally have their own ERP (enterprise resource management) systems, but for smaller companies, this kind of thing is all happening manually at the moment. Sometimes credit managers spend all day checking this stuff.”

We can see our own accountants smiling knowingly as they read that. While someone from outside the field might think keeping track of invoices isn’t such a big deal, Carpentier explains that for proper accounting, it’s not always such a simple matter to just tick off payments as they happen. Accurate reconciliation isn’t always that easy.

“Sometimes you might have three different invoices for the same amount to the same client. If the clients pays the amount, or a partial amount, which invoice was it? And of course you have to keep track of which invoices haven’t been paid, and spend time on chasing too. We can automate this whole process.”

Below is Dunforce’s illustration of the mess that a manual approach can involve. 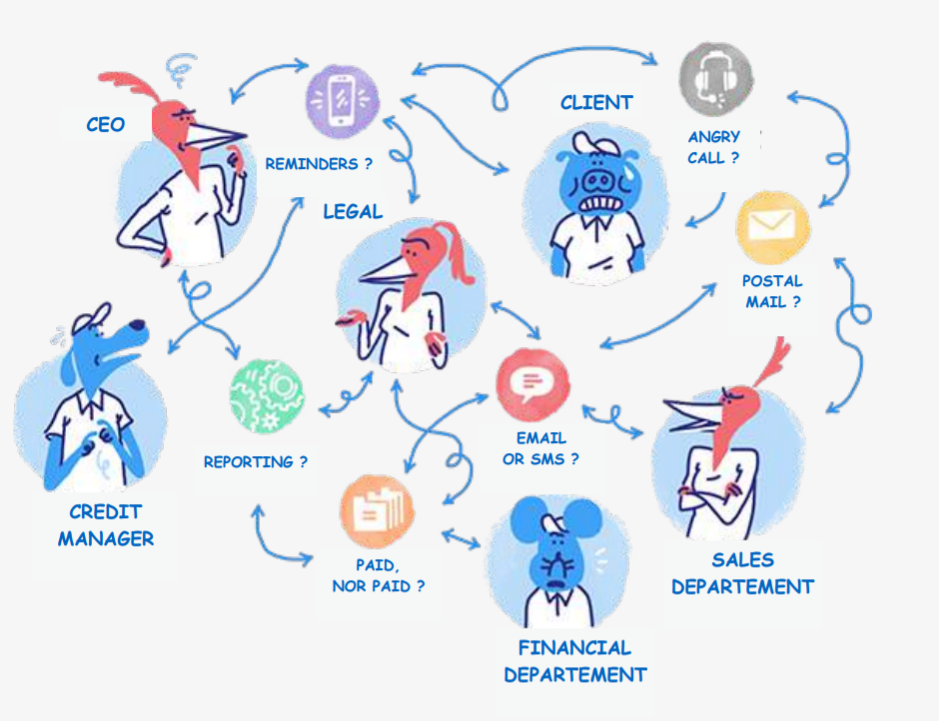 Less amusing, but undeniably simpler, is their illustration of how their automated process works. 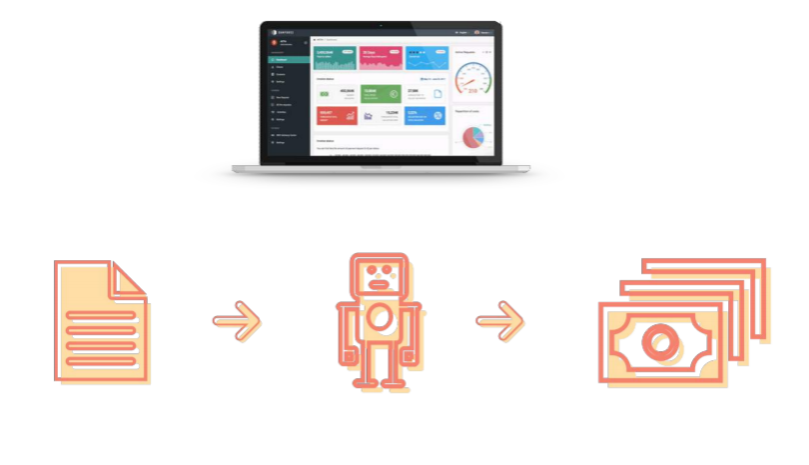 Sedicii is coming at the future of Fintech from a completely different angle, bringing what its Founder Rob Leslie (above center) calls a ‘cryptographic piece of magic’ to the thorny business of digital identity verification.

The Irish startup’s name is loosely derived from ‘Secure Digital Credential’, which does sum up what it does pretty well. The USP of their tech is that it will match your name or date of birth (for example) with that held by your bank or your government – but without betraying the actual information.

“It allows for information between two parties to be matched without the information being shared or disclosed to the other,” says Leslie. “That’s the secret sauce.”

The idea behind this ‘zero knowledge proof’ (it’s not Blockchain-based, before you ask!) is to streamline and secure digital verification for all concerned, making it efficient in ways never possible before. Instead of waving your passport hopefully at a camera when you sign up for a bank account, for example, Sedicii could allow the bank to digitally cross-reference your claimed information with that of your national authorities.

“With our system, you could get an answer on that source data in about a second. You get an immediate decision.”

Assuming all major players buy into the network (something Leslie admits is their biggest challenge), we might also dare to dream that updating our details in a hundred places could become a thing of the past. Ditto receiving mail for tenants from six years ago!

“A scenario like moving house is a real pain for both you and organizations you deal with. Them trying to contact you at an old address is a hugely expensive and wasteful exercise. If they were able to maintain information in its most current state without hassling you in the process, that would be a really good thing.”

With you controlling permissions and the ‘secret sauce’ matching information without sharing it, the concept of an ‘identity hub’ becomes possible – as illustrated in the sequence of graphics below. 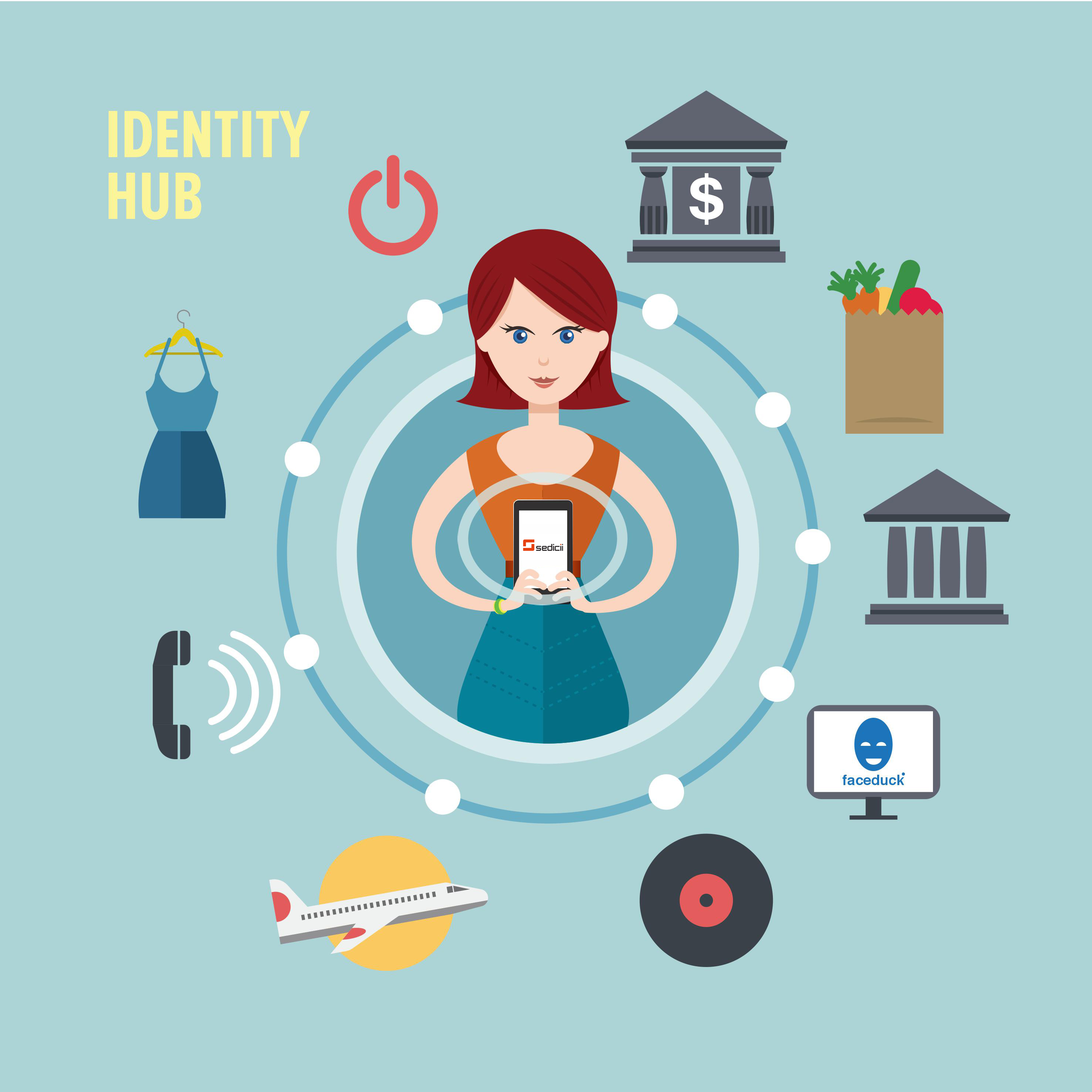 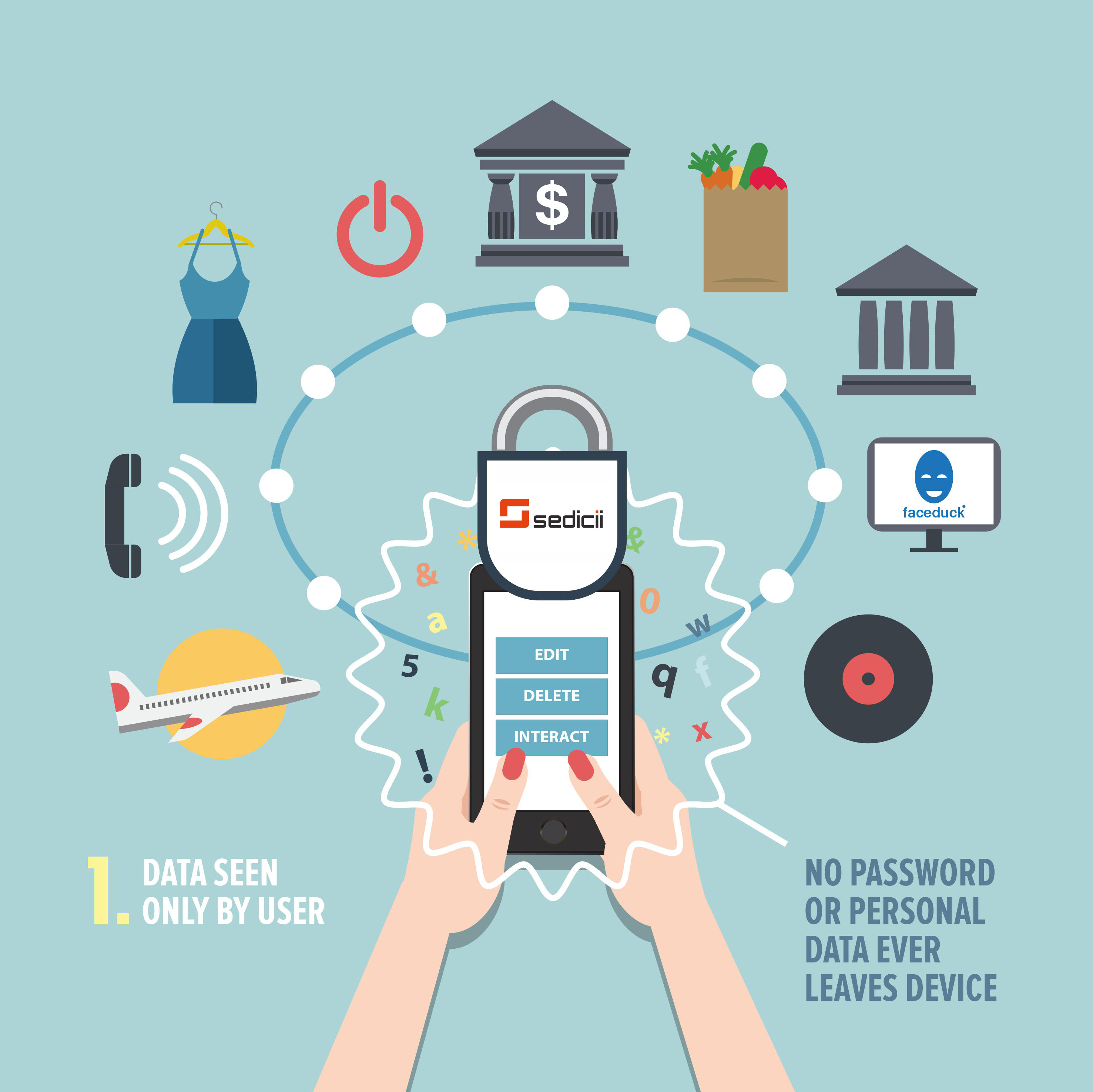 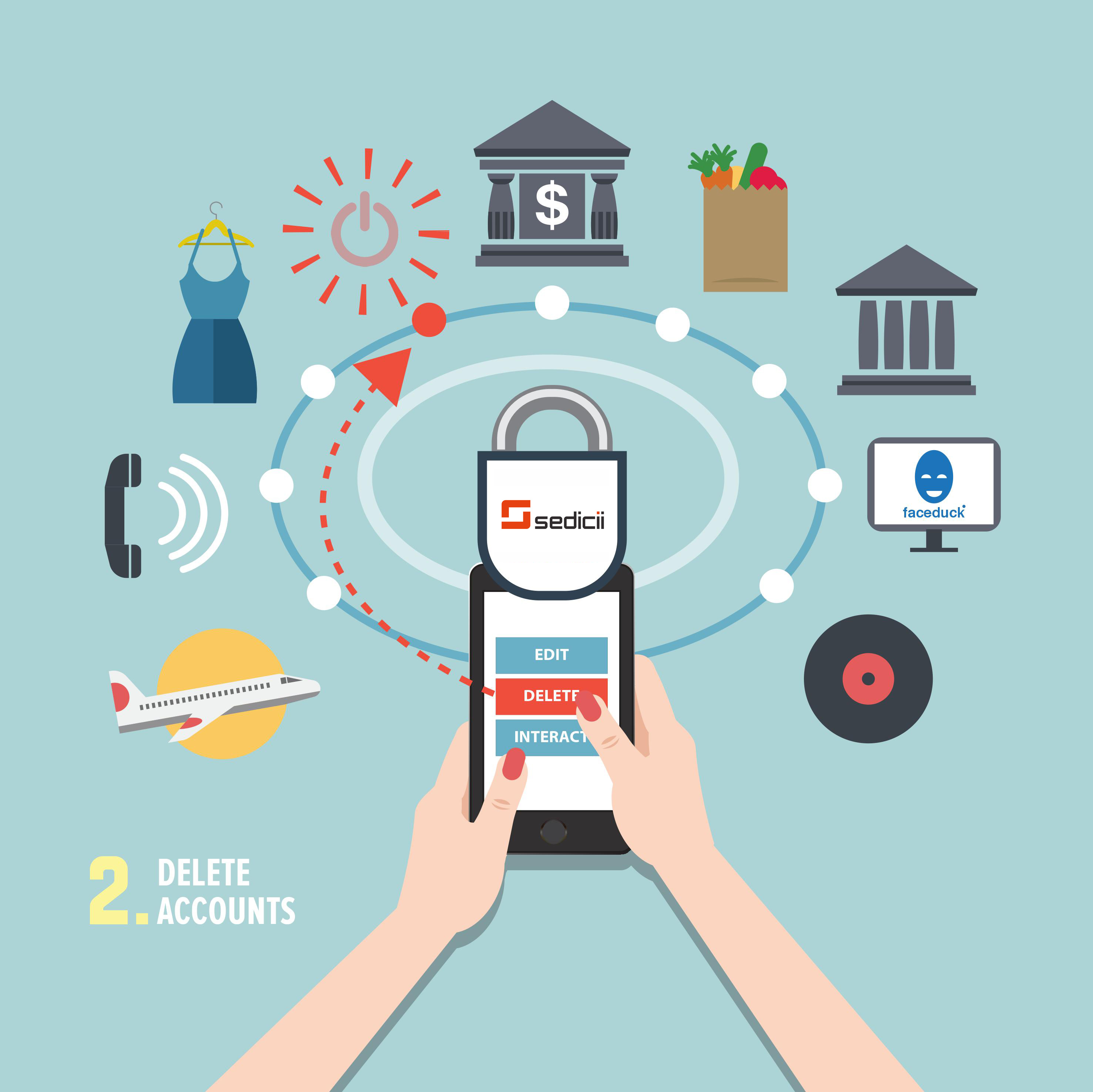 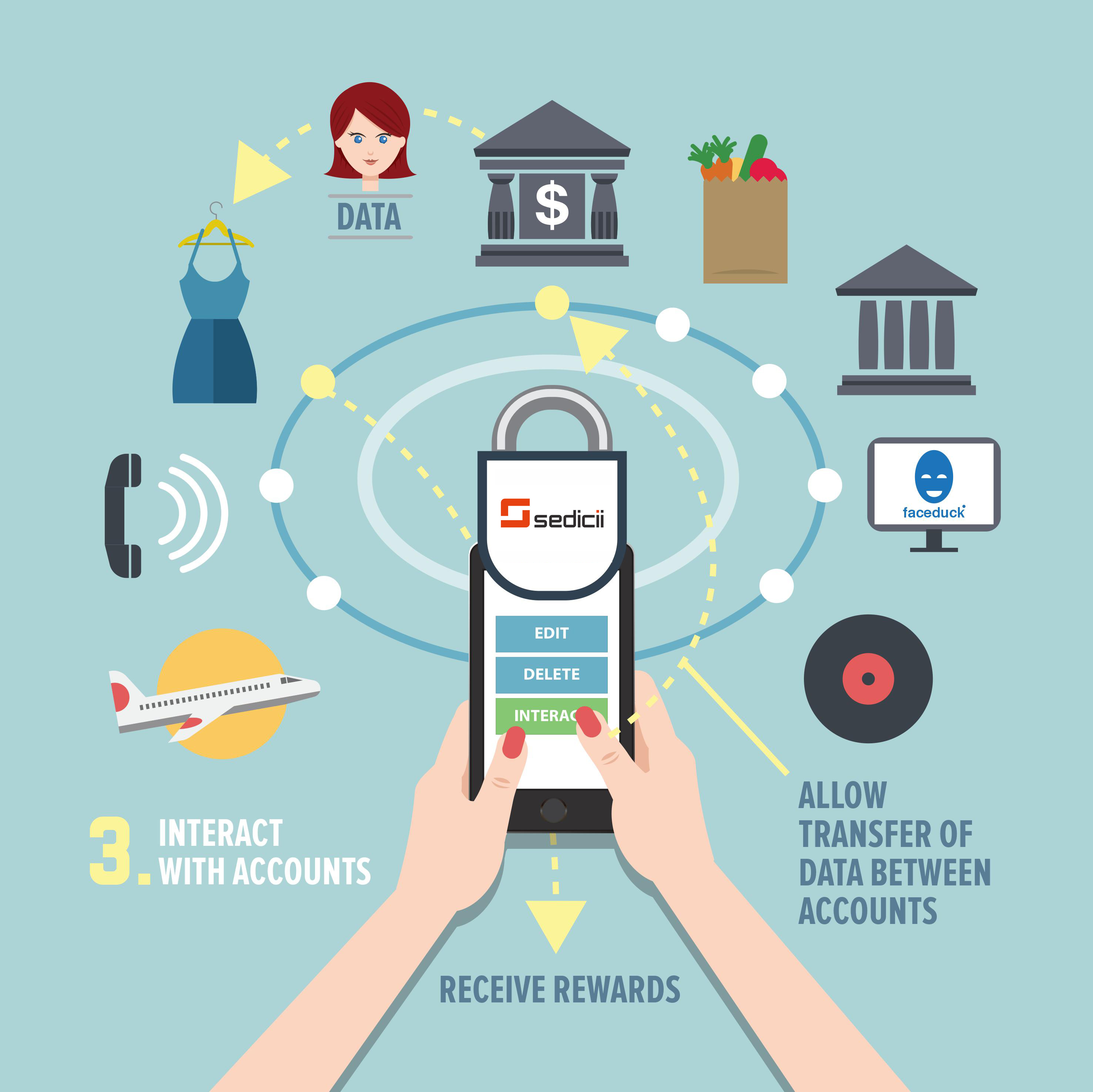 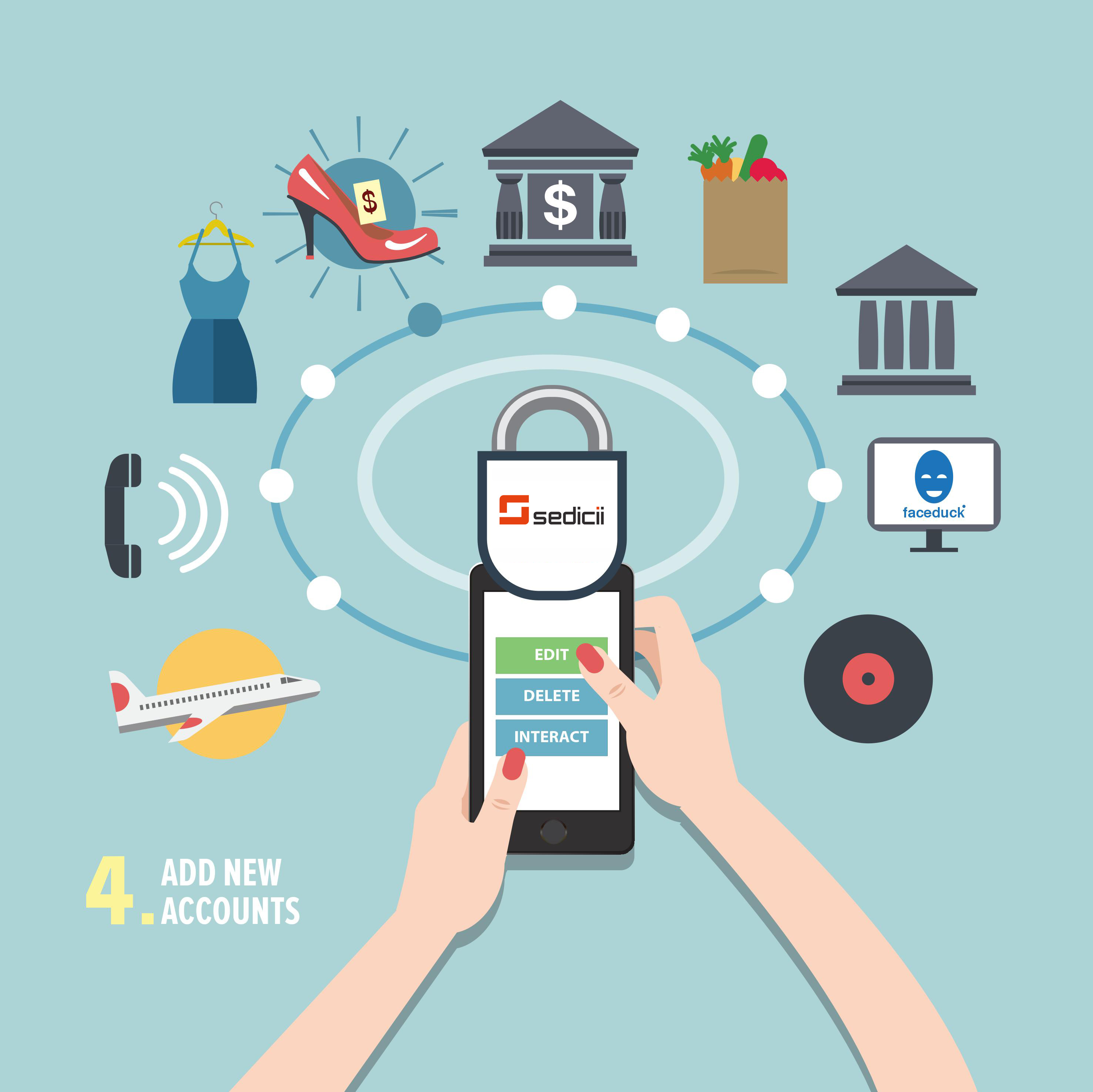 While managing our data like this is very nice for you and me, why is it so appealing for BBVA? Clearly it could make various regulatory checks smoother and cheaper, but Leslie also sees a longer-term use case related to the expected economy around machine-to-machine payments and smart contract.

“Let’s say in the future your fridge is connected to you, and enabled to execute a smart contract for the purchase of milk. Now, the organization selling that milk to your fridge would like to know that that sale isn’t going to be repudiated because your identity and the fridge’s identity aren’t bound to a legally enforceable contract. They want to be able to check and prove that at the point of contract.”

While that’s obviously interesting for any organisation expecting to execute or validate such futuristic payment processes, it’s a long-term vision. In the nearer future, a possible initial proof of concept for BBVA might actually tackle an internal use case.

“It could be around GDPR and how information sharing across the bank can happen – without actually sharing the information.”

Could your startup be a winner too? View and apply for current Open Innovation opportunities with our consultancy arm, visit the Pioneers Discover Open Calls page here.