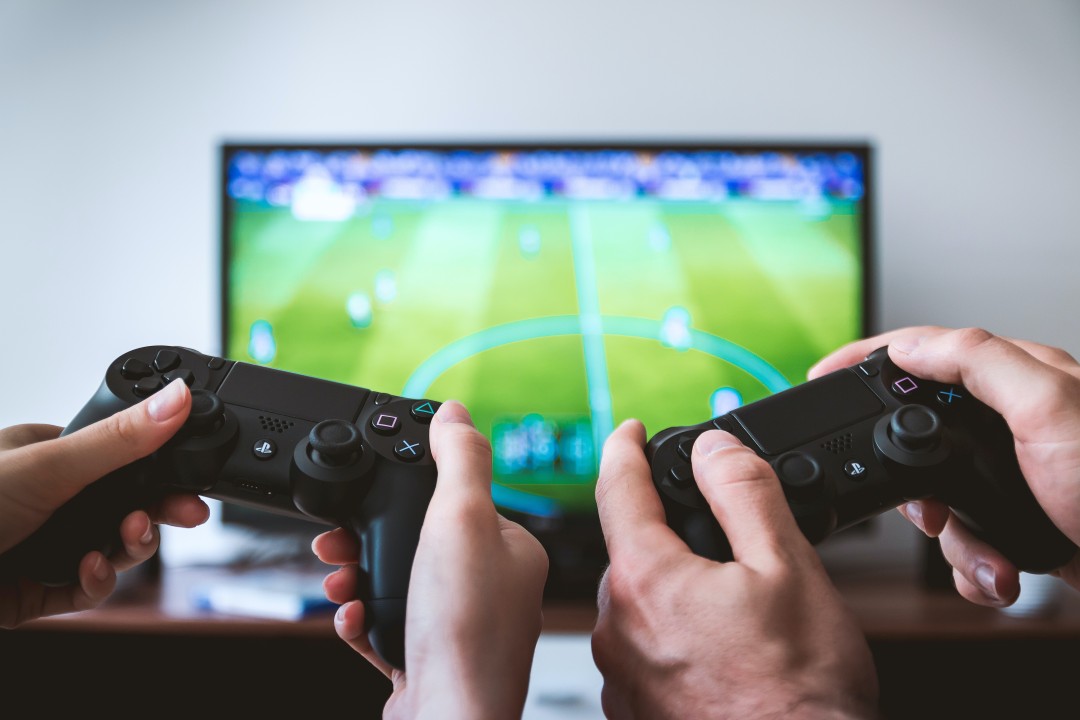 The need for innovative change in companies in the wake of the Corona crisis is clearly observed by most of us – now we want to look at a specific industry that is just as affected: Sports.

As a big fan of soccer, tennis and literally every kind of ball sports, our innovation consultant Erik Muckenschnabel took a closer into how the sports industry is reinventing the wheel to keep people around the world active and connected.

Covid-19 has hit the entire sports industry hard, not only financially, but also its fan base – let’s look into what is happening out there and whether esports can be a suitable replacement.

Worldwide sporting events are postponed or cancelled due to the corona virus, and while society is facing an unprecedented economic crisis and unpredictable health consequences for everyone, the nimbus of the indestructibility of certain sports has suffered some scratches.

Take football as an example. In the years 2018/2019 alone, the clubs in the English Premier League have generated revenues of £5.05 billion, with £3.00 billion coming from broadcasting alone. Needless to say, however, that in the event of an unforeseeable outcome, which could also mean the end of the season, many teams would suffer considerable losses, as there are 92 matches still to be played this season and there are also earnings to be made from matches and titles won.

On the one hand, sports clubs are suffering from these losses, while on the other hand, the major institutions and states behind this summer’s blockbuster events are affected: the anniversary European Football Championships, which were to be held in twelve European cities, the Olympic Games in Tokyo, Formula 1 and the Tennis Grand Slam Tournament in Wimbledon, which was cancelled for the first time since World War II. The postponement of the Tokyo Summer Games alone will cause an estimated loss of around $6.00 billion – including costs incurred by the additional maintenance and management of the venues, as well as money needed by related groups to maintain their organisations for a year.

However, we should not forget a third group that has suffered particularly from the cancellations, not financially but for emotional reasons: the fans. Not only have they been deprived of the opportunity to attend sporting events, but, logically, the television broadcasts that so many of them watch are also cancelled.

Virtual events happening out there

That is why sports federations and associations have come up with alternatives that cannot be regarded as 1:1 substitutes, but at least alleviate the pain. So which virtual sporting events have taken place, how is the esports sector developing and what conclusions do we draw from this?

These three examples already show that sports institutions are trying to replace the missing events and stay connected with their fan base the best they can, although it is probably not particularly daring to say that these virtual and esports initiatives do not generate the same emotions and enthusiasm among fans as “real” events. Nonetheless, we are seeing a growing interest in esports, which was already apparent before, but is now not only accelerated by the Corona crisis, so to speak, but also by governments.

The Japanese Ministry of Economy, Trade and Innovation (METI) aims to generate revenues of $2.6 billion through esports by 2025 as a result from ticket sales, advertising and streaming fees. Therefore, the government wants to cooperate with the gaming industry and also creates a legal framework that makes this possible. After naming one of the most important esports countries in the Far East, it is inevitable to mention the others: China and South Korea.

While you would probably assume that Corona only promotes esports events, it has obviously caused financial losses in the Middle Kingdom in this area. In the first half of 2020, more than 500 esports offline events were cancelled, resulting in losses of more than $140 million. Therefore, the government in Beijing will organise the event series “Esports Beijing 2020” to promote esports and its growth. In addition, partnerships with private companies will be established to support this initiative.

Many events have also been cancelled in South Korea, which is known as one of the top esports ecosystems in the world – but here too, government initiatives launched in the past are leading to a real rise in the industry: with Game Coach, the country has its own academy for future pro gamers, educating them on making their hobby to a profession.

Whereas the countries in the Far East seem to be ahead in this sector, the European Esports Federation (EEF) was founded as an umbrella organisation in February 2020 and declared its goal to be representing esports players and organisations in European politics, media, sports and society as well as developing and promoting esports.

Whichever way you look at it, Corona deprives fans of the opportunity to follow their favourite sport in any way they choose – but that doesn’t mean that we will have to face another sporting drought in a similar crisis in the future. Because thanks to innovative initiatives, esports are on the rise and will attract more and more people in the coming years as an alternative to traditional sports.

Follow Erik on LinkedIn to read more on sports innovation

Read more on innovation in times of Corona