Intrapreneurship? It’s a trap! — 8 tips on how to make corporate innovation work 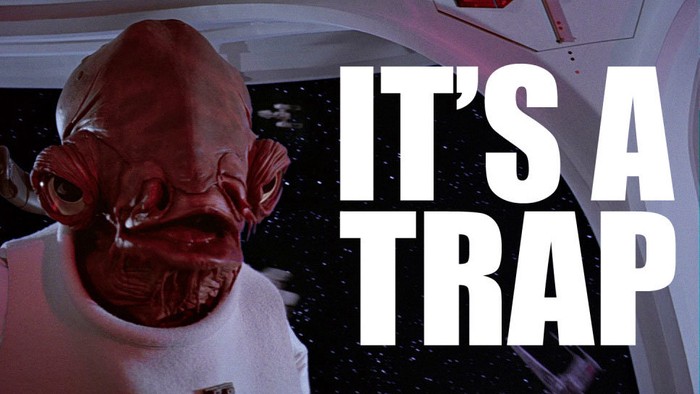 Intrapreneurship. It feels like every corporate tries hard to make it work, but almost no one seems to manage it that well. There are a few simple reasons why intrapreneurship is really not cutting it in most cases.

After being involved in several intrapreneurship programs at various corporates, our Senior Innovation Consultant and Digital Product Designer Alex Schuh has put together an insightful list of 8 tips how to make them actually work. Sit back and enjoy!

Ever since learning about intrapreneurs at university – those pristine creatures that magically overcome all corporate hurdles and pull the company out of the mud – I was fascinated by the topic. If one believes the tales about intrapreneurship, being an intrapreneur would actually be a viable career decision, but with hundreds of intrapreneurship programs popping out of nowhere you have to ask yourself the question:

In this article, I want to tackle exactly this question, name the most common eight pitfalls, and explain how to overcome those.

1. Corporate environments as the starting ground

Corporate environments are not the ideal nest for an idea to hatch and grow, even if you might think so. While having certain advantages like a corporate’s reputation, the existing user base, and access to cash, the downsides for intrapreneurs easily outweigh the upsides in many cases. Intrapreneurship programs often referred to as “speed boats”, in comparison to the whole corporate organization being the big tanker, most of the time act more like paddle boats. You face a lot of resistance and have a hard time moving forward at all.

Solution: Try to keep operations of the initiative as separated as possible from the daily business, but keep close connections to the main stakeholders and enablers. Also, involve them by letting them give input regarding the progress regularly.

2. Intrapreneurs have no upside, hence no motivation

Working your ass off for an idea, or a greater belief involves a lot of (intrinsic) motivation, passion, and maybe, just maybe the possibility to make good money after some tough years. Without at least one of those potential upsides covered, no one in the right mind would put in countless hours and nerves over a longer period of time. On the one hand, entrepreneurs ideally have all this covered, on the other hand, however, intrapreneurs rarely have any huge upside when participating in an intrapreneurship program. In the best case they can break out of their corporate daily business for a while and get to know some fun methods. That’s all! If anything, it just means extra work.

Solution:Implement certain benefits for intrapreneurs. This can be shares on a future potential spin-off, more freedom during and after executing the project, or certain new tasks that can be upcoming. Find the right incentive for every individual.

3. Employees get forced into being intrapreneurs

The myth of an intrapreneur being this outstanding employee mastering all tasks and countering all resilience, networking like a pro to make the impossible happen within an organization is just rarely / not existent. This is mostly a theoretical phenomenon. In reality, a lot of times, people get forced or talked into certain intrapreneurship activities which does not exactly support a successful outcome.

Solution: Create a pool of interested employees by continuously offering educational formats and building relationships within your company through events and meetups. Create a shortlist of high potentials with outstanding motivation and get back to them as soon as you’ve got the right program or topic.

4. They don’t get the time they need

Starting with the implementation of a new product/service into the corporate is in many ways like starting your own startup. A big mistake that corporates are doing is to treat those initiatives like a side project on top of the employees’ regular tasks. Let me ask you: Do you think someone could be successful with their business when working on it for one day every second week, or with 20% of the overall working time? Not really, right?

Solution:Make one project a priority instead of having 20 initiatives running at the same time. By communicating the innovation efforts early on and making sure to create benefits for the departments themselves, you can get more resources and the best minds on board.

5. Not everyone has the potential

While intrapreneurs, like entrepreneurs, arguably have certain traits, combined with a special mindset, it has to be said, that not everyone is made to be an intrapreneur and that is totally fine.

Solution:It is important to exclusively look for people with the right mindset and skillset. What you want to look for, are self-driven, curious, and well-connected individuals who have the right knowledge in the specific area that you are trying to innovate. If you start with the “wrong” people, you might as well just not start at all.

6. Cash is not that easy to get

Did you ever try to build a digital product or even a first MVP with no one in the team being able to code and a very limited budget? Seems impossible right? Well, it is! Very often, the budget to execute certain projects is just not a realistic one.

Solution: Make sure to communicate an approximate budget upfront. This should include not only the first step but the whole journey from start to implementation, displayed in steps. Also, by involving managers who can free up budget and trying to create benefit for them, you will have an easier time getting money.

At one point, an idea will evolve into a product and a product needs to be integrated into the whole corporate structure or result in a spin-off. If the people who are executing the journey are just blocked for a limited amount of time and have to go back to their daily business afterwards, like in most cases, you need to find someone to take over at some point. If this is not happening, the project is doomed to get left behind in the process.

Solution: Make sure to always have an Idea Owner on the project. In the best case, this person brings in the idea and integrates it later on.

Every startup needs a visionary to drive, steer, and motivate the team. So does every intrapreneurship team. If the team is lacking direction and especially drive, they can easily go nowhere or just don’t move at all. Especially in a corporate environment, the teams often tend to go back to bureaucratic and conceptional approaches instead of putting the focus on doing stuff.

Solution:Make sure to have a strong Innovation Manager on board that is leading the initiatives. This person has to infect the team with enthusiasm, drive all efforts, and work even harder than anyone else on the team to make it work.

A lot of it boils down to the problem that innovation departments don’t have enough power to get the resources they need. Furthermore, top-management’s expectations towards innovation activities are that those programs and the participants should be able to solve problems that the organization did not manage to solve previously, but cheaper and faster.

Furthermore, not everyone is born to be an intrapreneur and those people are really hard to find. As mentioned, distinguishing factors are the unique mindset, drive, and willingness to change the status quo, just to name a few.

Now you are probably wondering if it still makes sense to have an intrapreneurship program in your company. Especially, because knowing all the mentioned eight points and being aware of them does not mean that it will be easier to pull off. My take on that would still be a clear yes. Not necessarily to build awesome new products in the short term, but more to slowly change people’s and therefore the companies’ overall mindset towards a more open and innovative culture. Knowing this, the take on and the notion of intrapreneurship programs should change within corporates. It should be seen as what it really is: A tool to shift mindsets towards a more future-oriented approach and the only way to do that within a corporate environment is through the hard way.