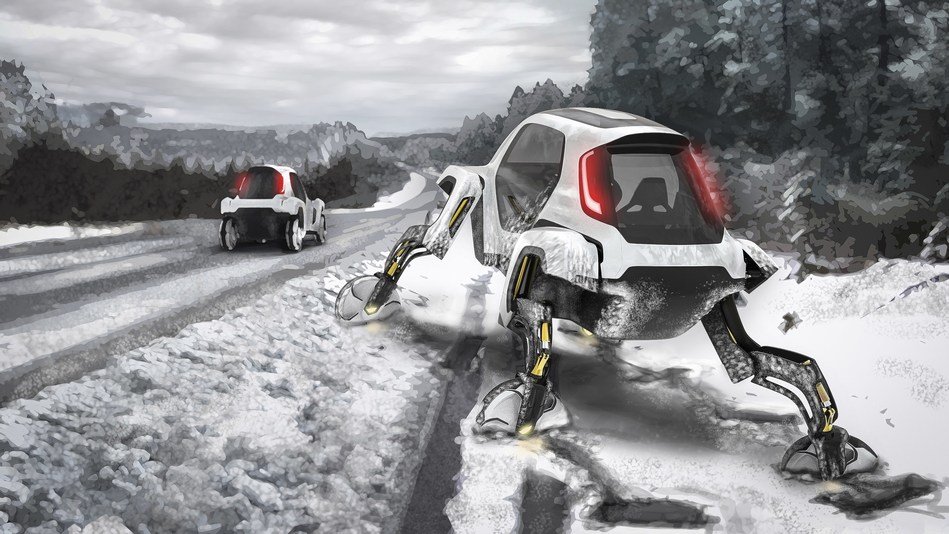 With the annual CES conference currently taking place in Las Vegas, a flurry of mobility innovations have been announced this week. Without doubt the most futuristic-looking revelation in the space comes from Hyundai, which revealed its Elevate concept. Not only does this ‘walking car’ (developed with product innovation studio Sundberg-Ferar) look like something out of science fiction, but it has also been designed with impact in mind.

Hyundai is claiming this the first-ever vehicle with moveable legs, saying in its press release that it can traverse terrain beyond the limits of even the most advanced off-road vehicle. Based on a modular EV platform, it has the ability to walk ‘omnidirectionally with both mammalian and reptilian gaits’, but can also fold away its legs and drive in a fashion familiar to us all. The primary concept behind this ultra-adaptable machine is to be able to get a crew to disaster-stricken scenes in ways that no existing vehicle can.

But anything that can step over a five-foot gap and scale a five-foot wall will surely have uses beyond providing rapid humanitarian relief for tsunami or earthquake areas. And while you might already be thinking about using an Elevate (we’re still waiting for price details…) to vault your way over your friendly neighbourhood traffic jam, there’s more to it than that, says John Suh, Hyundai Vice President and Head of Hyundai CRADLE, the manufacturer’s corporate venturing and open innovation business.

"This technology goes well beyond emergency situations,” he said. “People living with disabilities worldwide that don’t have access to an ADA ramp could hail an autonomous Hyundai Elevate that could walk up to their front door, level itself, and allow their wheelchair to roll right in – the possibilities are limitless."

"By combining the power of robotics with Hyundai’s latest EV technology, Elevate has the ability to take people where no car has been before, and redefine our perception of vehicular freedom," added David Byron, Design Manager, Sundberg-Ferar. "Imagine a car stranded in a snow ditch just 10 feet off the highway being able to walk or climb over the treacherous terrain back to the road, potentially saving its injured passengers – this is the future of vehicular mobility."

Meanwhile Kia, another Korean OEM, showed that it’s already thinking about how mobility will look when ‘autonomous driving has become the norm’ as it previewed some interesting technologies that will enhance the experience for those enjoying an automated ride.

One of these was R.E.A.D, which stands for Real-time Emotion Adaptive Driving. This is all about tailoring the interior of the car (pictured below) to the driver’s emotional state, which would be monitored by bio-signal recognition technology based on artificial intelligence. The sensors could pick up on things like ‘facial expressions, heart rate and electrodermal activity’ and then the system would customize the interior of the cabin conditions ‘relating to the five senses’. 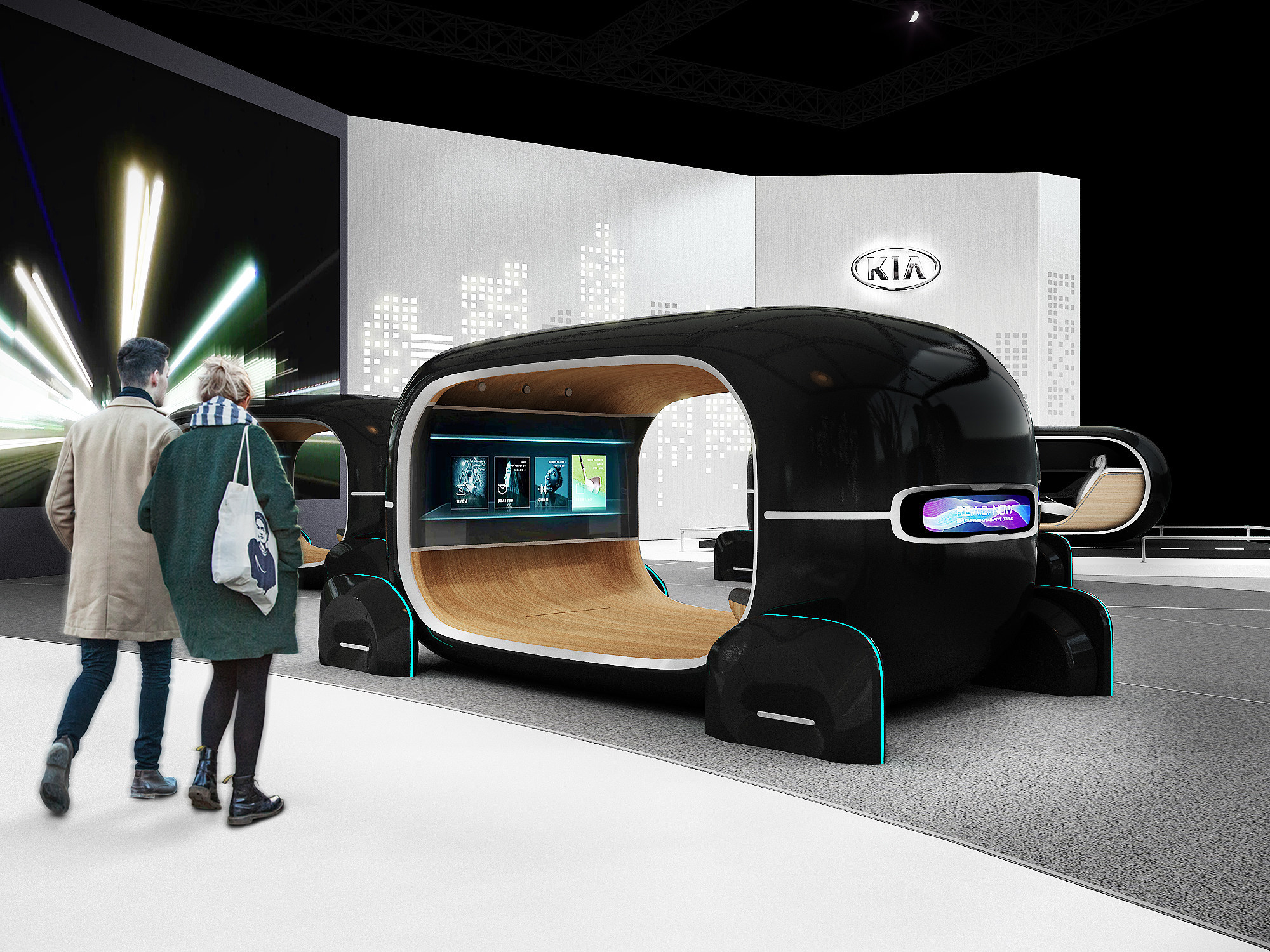 It’s not quite clear whether that means matching, enhancing or reversing your current mood. Kia says it’s about sounds and smells that ‘best suit the occupant’s current disposition.’ Interesting. If we’re angry, will the cabin be flooded with corresponding red light to wind us up even further? Or will it try to calm us with a sweet scent and the sound of frolicking dolphins instead? One hopes it’ll be the latter.

For those who prefer a little more control, Kia also revealed V-Touch, where future riders can manage their in-car features via a heads-up display. In other words, there are no screens or buttons: thanks to a 3D camera they can just use finger gestures when they want to turn up the air conditioning.

One thing is clear: optimizing the future ‘rider experience’ will continue to be a major theme in mobility innovation.

Between now and the autonomous future, though, smart sensors will be more occupied with keeping an eye on our driving habits than deciding if we’re in a jealous rage or not. This trend is already driving real change when it comes to accident prevention – with big consequences for automotive insurance in particular.

In the latest example of this, Samsung and Israeli computer vision company eyeSight have just announced a partnership to ‘create the most advanced fully-integrated Driver Monitoring System for installation by car manufacturers’. Also demonstrated at CES, the system monitors a driver’s gaze direction, pupil dilation, eye openness, blink rate and head position.

While eyeSight might be a little large to call a startup now, these are just the kinds of collaborations many of the curated startups and corporates in the building at Mobility.Pioneers are looking to establish. Luckily for them, our acclaimed Match & Meet service gives the right people the best chance of meeting each other!

To meet the OEM’s, startups and investors driving innovating on the European mobility scene, make sure you don’t miss out on Mobility.Pioneers in Munich on February 7th. Get your tickets to join us in Germany’s automotive heartland here.