How to become that irritatingly happy guy

By Sophie RabApril 4, 2017No Comments 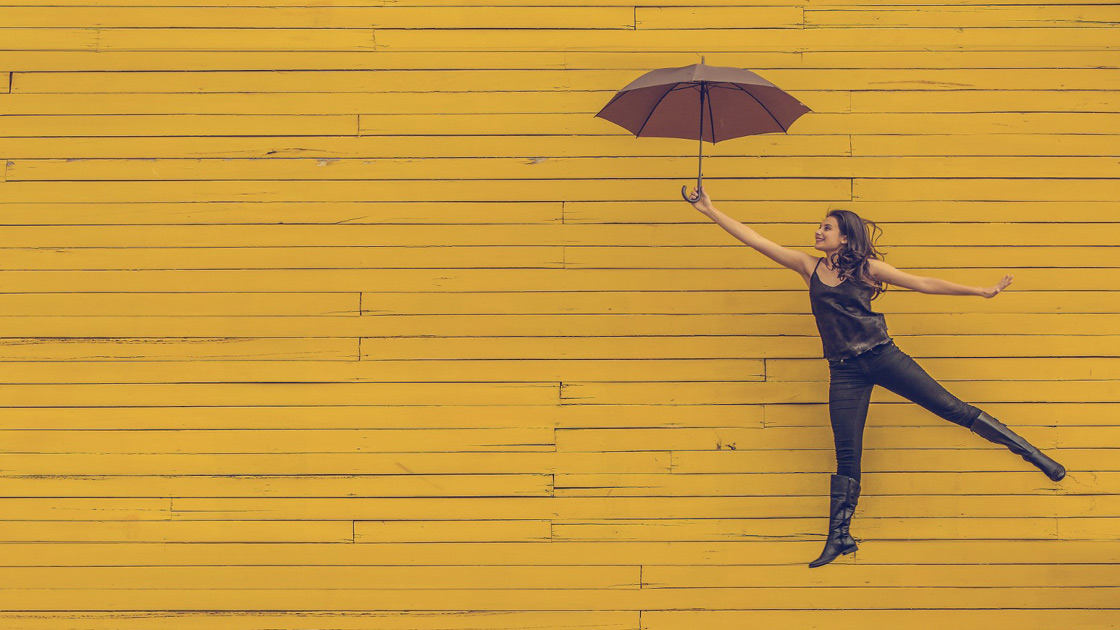 Can Grumpy Graham turn himself into Cheerful Charlie? Might Negative Nancy be able to morph into Happy Harriett?

Absolutely yes, says the living, breathing proof of concept that such a transformation is possible. He’s a regular Austrian guy named Christoph. Once a self-confessed miseryguts, with dizzy spells playing havoc with his life into the bargain, the 32-year-old has achieved that morph — by hitting a digital gym.

He’s been ‘working out’ there for a few years now, building that happiness core to the point that he’s become one of the happiest people we know here at Pioneers.

“We think happiness is a destiny, but it’s not,” says Christoph. “It’s actually like a muscle that you can train.”

But the problem, he reckons, is that most of us don’t think those workouts are necessary. Even though for most people “Life is like Tetris — the mistakes add up and the success vanishes.”

With Human Augmentation at the forefront of our thoughts in 2017 — it’s the theme of this year’s Pioneers Festival, after all — the idea of letting technology help overcome such dreadfully negative human tendencies deserves a closer look. So what’s the story?

Christoph began the old-fashioned way. He wrote down all the best things that happened to him on a daily basis. A long-established trick. It helped, sure, but it was only when he began to trying to choose which happy moment was the best that his idea for a ‘digital happiness gym’ was really born.

“Choosing the best moment of the week was difficult,” he recalls. “For a month, it was even harder, and choosing the top moment of the year was almost impossible. But — and here’s the magic discovery — every time I had to make that difficult decision, it made me happier.”

Christoph isn’t one for keeping such things to himself, and when a Reddit user innocently posted a question about how to make themselves happier, he replied with a post about his technique. Christoph was as surprised as anyone to find that contribution went viral.

And when another poster uttered those immortal words ‘I wish there was an app for that,” well, you probably don’t need me to tell you what Christoph did next.
hiMoment is a smartphone and web tool that deliberately sets out to give you those ‘difficult decisions’ that help let your in-built happiness mechanisms bloom. You can upload photos and texts (sound and video will join in time) of anything positive that might play a part in your day. The system will store them, ready to offer you the chance to rate one against another. Was this morning’s flaky, buttery croissant better than last night’s dinner with your partner? In that decision lies your workout. And it’s one Christoph says you should do at least once a day.

Machine learning technology is set to make that gym session a whole lot smarter too, says Christoph. “Let’s say you have a girlfriend. You treasure those moments a lot, and usually they win against other moments. But then one day, suddenly, they start losing against the f***ing croissant! The tool has to understand that there’s been a big shift in your preferences.

“We’re not quite that far yet, but it’s where the journey is going — to really understand these things before you’ve even told your best friends. And this information would allow hiMoment to give people an extra dose of what they need at that time.”

Worth noting: the system isn’t one of those lazy apps that tap into your social media for content. You decide what to upload, and you do it directly. So go ahead and add your full-body post-workout shots, or write a note about how that nasty rash has cleared up. It’s for you, and only for you.

“The important thing is that you share these moments with yourself,” says Christoph, who is in fact wary of social media. “Those feeds are something you need to watch out for. Facebook and so on is people creating fake memories for other people — and maybe for themselves too.”

Whether this intriguing system works for everyone, time will tell. But Christoph points out that he wouldn’t have gotten this far with the project if the concept hadn’t worked for him.

“hiMoment actually gave me the strength I needed to launch hiMoment!” he says earnestly. “Without it, I’d never have had the grit and resilience to leave a well-paid job and follow my dream. It’s turned me upside down. I’ve now got people asking me why I’m so confident. Yet quite honestly, I really never used to be confident at all.”

Want to try Christoph’s digital happiness gym for yourself? Request to join the beta at himoment.com.

This year’s Pioneers Festival explores the concept of how technology can enhance our lives and make the world a better place. Tickets and startup applications here!