By Sophie RabOctober 11, 2018No Comments 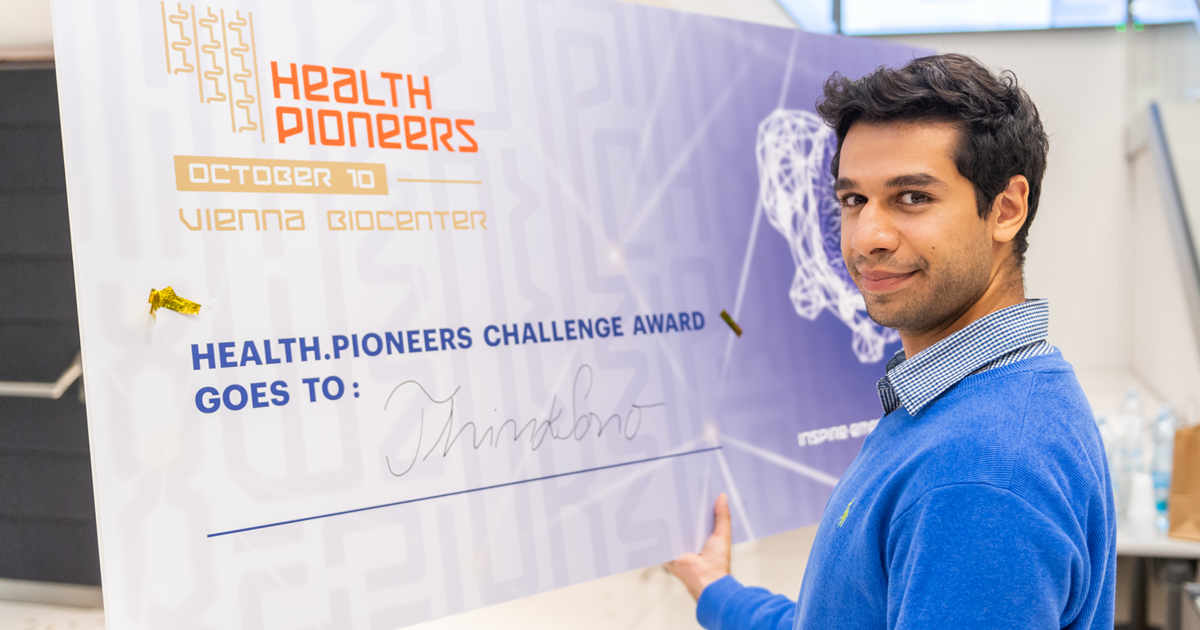 Startup ThinkSono was crowned the second winner of Health.Pioneers in Vienna today. The winner of the Medical Technology pitching track saw off nine other startups selected for three minutes of glory at our industry-focused event, including doctorly, which won the Digitally Connected Health pitching track.

ThinkSono follow Baze, which won the first edition of Health.Pioneers a year ago in Amsterdam.

Stage content for this year included keynote speaker Sameer Trikha and his talk about how his AI-based retina scanner has become a leader in the field of diagnostics support.

“We simply don’t have enough eye care providers around the world to deal with increasing demand,” said Trikha on stage. “One of our key focus points is to develop a system which can generalize around the world – which is a big deal – and that has been developed without bias.”

Trikha demonstrated the diagnosive power of his company’s AI-powered software, which helps detect a range of diseases purely through analysis of the retina.

Fittingly for what was World Mental Health Day, we were also proud to host psychotherapist Benjamin Fry. As the Founder of NeuralSolution, as well as author and broadcaster, his mission is to make ground-breaking emotional and mental health treatment accessible across the United Kingdom and beyond.

“When you work in mental health, you’re very familiar with diagnosing, but you never really know where the issue comes from,” said the founder, whose technology can be used to deduce neural state measures and thus reveal and predict behaviour. “In theory you can use our technology to predict anything – if I were a Chinese state I would want to put this camera everywhere and measure everyone’s nervous system. So I do think care has to be taken.”

Also in the spotlight was the SLAMseq success story, which brought together scientific research and entrepreneurship. Speaking about their pioneering RNA sequencing technology on stage were Stefan Ameres, group leader at IMBA, and Alexander Seitz, Founder and CEO of Lexogen.

Another exciting technology with huge potential in healthcare is of course 3D bioprinting, and one of the leaders in this area is Prellis Biologics CEO and Co-Founder Melanie Matheu.

“My hope is that regulatory structures will fall into place once we have, say, a fully functioning kidney,” said the Pioneer on stage. On open collaboration, she mentions: “You get a lot more done collaborating than just playing in your own sandbox.”

“The best investors that we’ve had haven’t been afraid of what we’re doing. Only the bravest will really react, and your job is to validate that,” Matheu adds when asked about her experience with investors.

“Research, read and start to talk to everyone about what it means to start a business. Do your own due diligence and absolutely believe in what you do.”

Then came Balder Onarheim, the Co-Founder and CEO of PlatoScience, a company that’s developed the world’s first headset to support brain training and enhance cognitive performance.

“I think we all know the feeling where your brain is just not helping at all – that’s where I would use this technology,” he explained.

In our Open Innovation panel discussion, Verena Kretschmann, Head of European Operations at Medicus, an AI-based platform that converts health data into an interactive experience, was among the experts delving into the power of collaboration between startups and corporates.

“We need to learn that we will have to adapt to the mechanics [of the health industry] to implement something new in an old system – and that means to disguise it,” she said during the panel. “Your product is never a replacement, it’s always a support.”

A fellow speaker on the panel, OurPath Co-Founder and CEO Chris Edson, gave insights into his company’s experiences of working with not only the NHS in the United Kingdom, but the likes of international pharma corporation Roche too. During the panel, he had some advice for corporates: “Please don’t waste a startup’s time, they’ve got very limited resources.”

“Stay humble and try to fit in with what’s already there,” were the words of wisdom for startups that followed.

In addition to the ten pitching startups, 15 were chosen to exhibit at the event. These included SzeleSTIM, the chronic pain treatment startup that won of our flagship event earlier this year, Pioneers’18. Applications from startups totalled over 250.

Meanwhile, in keeping with our growing tradition of offering a dedicated program for Series A startups at our events, we ran an ‘Ask Me Anything’ session on the topic of raising follow-on funding. In this discussion, founders had the chance to pick the brains of a panel of experienced investors. There were also opportunities for them to gain one-on-one life sciences-specific insights in the Office Hours session, and to learn about startup-corporate collaboration in a workshop run by Pioneers Discover.

In additional workshops for our Health.Pioneers attendees, a small group enjoyed an interactive experience at the Vienna Open Laboratory (part of Vienna BioCenter). In this fun, experimental workshop participants isolated DNA from their cheek cells. Meanwhile, IST Cube gave insights into intellectual property strategies for startups during a further workshop at Health.Pioneers.

Our next event will be the industry-focused Mobility.Pioneers, which takes place in Munich on February 7th.