By Sophie RabSeptember 3, 2018No Comments 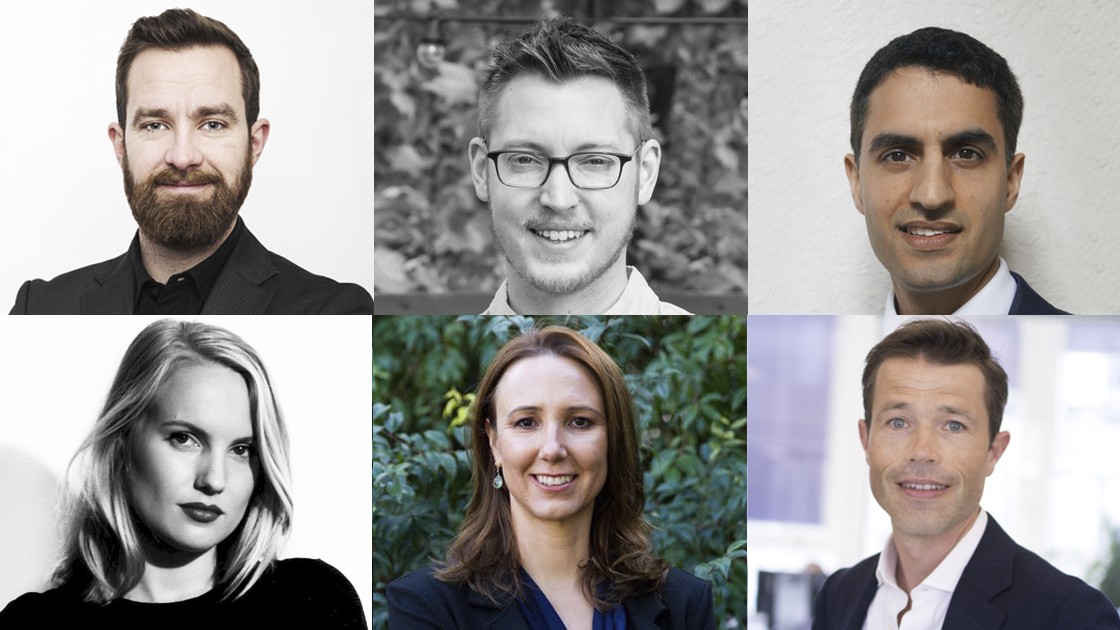 The second edition of Health.Pioneers, headlined Catalyzing Innovation: from prevention to personalized treatment, will take place in Vienna on October 10th. With Open Innovation at the heart of the event’s philosophy, we’re bringing together innovators and decision-makers from the pharma, biotech, insurance and public health sectors at the Vienna BioCenter.

The line-up of both speakers and startups is now taking shape, and the quality is just as exciting as that of the first Health.Pioneers event in Amsterdam last October. And this year, all the talks and startup pitches will take place on a single stage.

The founders who’ll be pitching across two different tracks at Health.Pioneers will need to look no further for inspiration than keynote speaker Urška Sršen. Just over five years ago, the Bellabeat Co-Founder was also pitching for startup honours in front of a Pioneers audience, at our flagship event in 2013. Since taking victory at the Hofburg, she and her smart jewellery company have gone on to become leaders in the field of women’s health.

At Health.Pioneers she’ll talk about how a greater focus on beautifully-designed health tracking products for women can be used to bring more attention and understanding to the topic of their health. As she told us in an exclusive interview in July, it’s an area where there’s plenty of opportunity to make an impact.

Another of the keynote speakers will be Visulytix Co-Founder and CMO Sameer Trikha. He’ll demonstrate the fascinating diagnosive power of his company’s AI-powered software, which can help detect a range of diseases purely through analysis of the retina.

The Visulytix technology can already offer clinical decision support for the detection of diabetic retinopathy, glaucoma and age-related macular degeneration, as well as early insights into Alzheimer’s and other neurodegenerative diseases.

Another exciting technology with huge potential in healthcare is of course 3D bioprinting, and one of the leaders in this area is Prellis Biologics CEO and Co-Founder Melanie Matheu. She’ll deliver a keynote around the laser-based technology that can create functional human tissues and organs.

With the company having recently reached unprecedented speed and resolution in 3D printing tissue with capillaries, few are better-placed to explore what this technology has achieved and where it could take us. Applications include organ transplants, drug discovery and toxicology testing.

Neurostimulation is another healthcare technology getting plenty of attention in the industry. And while it has many applications, keynote speaker Balder Onarheim will be demonstrating how it can make individuals more creative and productive. He’s the Co-Founder and CEO of PlatoScience, a company that’s developed the world’s first headset to support brain training and enhance cognitive performance.

Open Innovation – the power of collaboration between startups and larger organizations – will be a key theme at this industry-focussed event as well. And there’s no better illustration of that potential than OurPath, which last year became the first ever online behavioural change program to be commissioned by the National Health Service in the United Kingdom.

That’s why we’re welcoming OurPath Co-Founder and CEO Chris Edson, who will give insights into the company’s experiences of working with not only the NHS, but the likes of international pharma corporation Roche too. Edson will take part in our Open Innovation panel discussion together with Olivier Heyning, Co-Founder and CEO of LUMICKS, who will speak about the startup’s recent collaboration with AstraZeneca and the University of Cambridge to form the first ever Center of Excellence for Dynamic Single-Molecule Analysis for Accelerated Drug Discovery and Biology.

On the startup front, we’ve already finalised a number of the 50 seed-stage entrepreneurs we’ve invited to the event. These include Finnish smart pill tracker solution Popit and Hungarian innovators Healcloud. The latter startup brings two innovative software solutions to the table. One provides actionable insights from electronic health records through big data analytics, while the other is a real-world evidence tool that helps cut the duration of clinical research.

Oncology startups include CytoSwitch and MicroQuin. The former has a targeted chemotherapeutics solution currently in pre-clinical development, with promising in vivo data. MicroQuin is at a similar stage, and working on a cell-penetrating peptide that conjugates with existing chemotherapeutics to selectively target cancer cells.

Stay tuned to our channels in the coming days for news of which of these seed startups will be selected to pitch!

As part of our commitment to Series A startups, we’re also inviting 20 of these more advanced enterprises to Health.Pioneers. They won’t be taking part in the pitching contest, but they will take part in workshops, office hours and networking sessions dedicated exclusively to their stage of development. They’ll also be automatically considered for speaking slots.

Get your Health.Pioneers tickets at the early bird price of €390 (excl VAT) here until Friday September 7th – after that it’s €590!