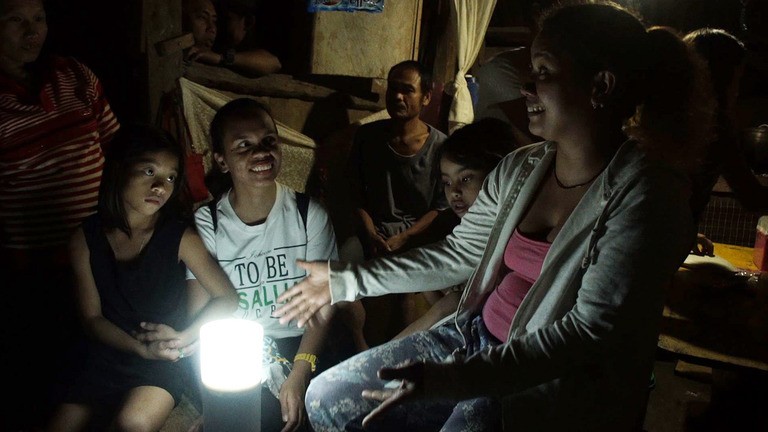 As we continue to profile some of the top speakers at Pioneers’18 on May 24th-25th, we meet SALt, a ‘social movement’ startup with potentially enormous impact on a world striving to make better use of resources. The brother-and-sister founders, Raphael and Aisa Mijeno, are travelling from their base in the Philippines to Vienna to introduce their efficient sustainable lanterns, which can run for hours using nothing more than salted water.

The siblings’ project was originally inspired by a visit to Kalinga in northern Luzon with Greenpeace Philippines, of which they’re both members. Noticing that the villagers in this mountain region were still using kerosene lamps, they spotted a problem they could use their skill set to solve.

“The little ones were inhaling the fumes and it was making them sick,” says Raphael. “Also, the people were having to travel eight hours every other day to get a new bottle of kerosene! We had access to research equipment at De La Salle University – Lipa, where my sister is a part-time lecturer in the Engineering Faculty, and four years ago we started to work on a solution.”

That solution, built locally in the Philippines and dubbed SALt v1.0, is a $20 ecological lantern that uses salt water to activate the fuel cell and generate electricity.

“It doesn’t have to be ocean water,” explains Raphael, who is working full-time on the business whilst Aisa, the scientific brains behind the project, is still combining her work on SALt with part-time work at the university. “Adding a tablespoon of salt in a glass has the equivalent effect. And one glass of water can provide enough electricity to power the lantern for four days straight.”

While Raphael says the concept of a salt-powered lamp isn’t their invention, the duo believe they’ve improved the efficiency of the core and the circuit to the point where there can be no good reason for people to stay with kerosene.

“As on other current systems the anode does corrode,” he says. “But based on optimal usage of our lantern, which means using it for up to eight hours before changing the water, you now only need to change this part (costing $1.50) once every six months. On older systems that would be every two weeks – so by extending the lifespan we’re making it more sustainable and efficient.

“People have tended to abandon new systems and go back to fuel-based lamps. We want to be the technology that breaks the spell. What we hope to achieve is to clearly replace that old system with something clean and healthy.”

The by-product is completely non-toxic, according to Raphael, so there’s no environmental issue with throwing that lantern water away every day. You could even use it to water the plants!

If the market consists of all people disconnected from the power grid, then clearly it’s huge. But it’s also a very low-income one. So the business model for the moment is to sell to NGOs, foundations and corporates with CSR programs. Raphael and Aisa are also currently in talks with a potential European distributor to another market that might prove enthusiastic: campers and hikers.

But the most ambitious part of the long-term vision? To develop a whole generator powered by salt water. The kind of thing that might power a whole village, in other words. While that would be another truly game-changing technology, the immediate challenge is to achieve widespread uptake for the lamps. And to wow the crowd at Pioneers’18, of course!

“We’ve never been to Vienna before so we’re very excited,” says Raphael. “I had a look at the Hofburg venue online and…wow, it’s a little bit daunting! But I think we’ll be OK.”

We think so too – and we’re looking forward to taking one of those lanterns on a mountain hike later in the year as part of our ‘Pioneers Tests’ series!

SALt certainly isn’t the only startup lighting up the world in innovative ways. Another of them, pawame, will also be present at the Hofburg as part of our Pioneers500 selection. They’ve developed a low-cost solar power system for the home, and have been busily proving their concept in Kenya. pawame also aims to achieve great impact by replacing kerosene lamps and providing affordable access to energy.

Want to meet SALt and pawame at Pioneers’18? Get your tickets here.