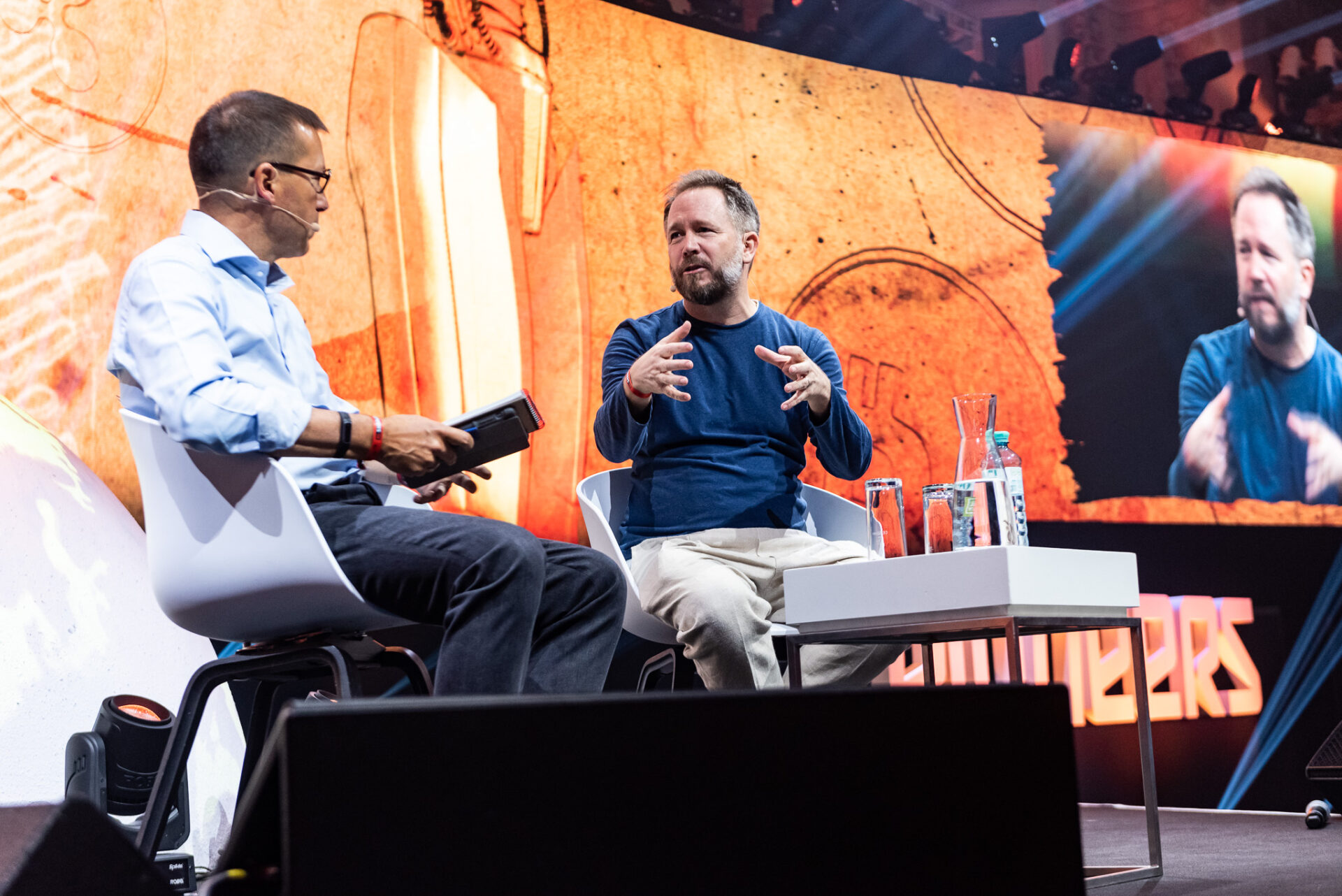 “Almost nobody has a new or novel idea,” declares Geoffrey Prentice. “If you have a novel idea then you are probably insane! Also, it’s probably not a very good idea.”

First, a little background on why entrepreneurs might want to listen to the high-energy, quick-talking and forthright Co-Founder of Oriente. He’s best-known for co-founding a communication tool that defined a generation: Skype.

Having helped set it up in 2002, he worked with a small team to build a leading global telecommunications platform company and oversaw its expansion into Asia and Latin America. He also drove its initial business plan development and fundraising activities, and then played an instrumental role in the $3.1 billion exit to eBay in 2005.

Yet he’s the first to admit that there was nothing ‘new or novel’ about Skype.

“Before Skype there was Dialpad and Yahoo and MSN Messenger,” says Prentice. “And Before Google there was AskJeeves and Altavista. Before Facebook there was Friendster. You can find this with everything.”

The message for founders is clear: don’t think of yourself as an inventor, because success doesn’t depend on that. While this obviously doesn’t apply to every field, many founders should know that copying history might be all they need to do.

“Don’t be worried if someone has tried it before. Food delivery happened when I was living in San Francisco in the late 90s – and it didn’t work! But it works now. So don’t be scared if you see an idea you want to do that didn’t work in the past. That doesn’t mean it won’t work in the future.”

Which brings us to timing – a topic that’s underrated in the world of innovation. Probably because timing is closely tied up with luck, which in turn is not a concept the world’s meritocracy rhetoric likes very much.

That’s not to say that you can’t do a few things to better your chances. For almost any startup, taking a step back and looking at the big trends is great advice when it comes to validating an idea. And yes, even the life sciences have trends!

“One thing you really need is some sort of megatrend that’s working in your favor. If you look at Uber now, that trend has been the rise of smartphones and mapping tech.

“For us at Skype, we launched right when broadband was taking off like crazy. The team figured out how to get around those home network routers so that call quality was way better – but if we had launched five years before or after it wouldn’t have worked.

“For us, it had to be at that moment – but we didn’t know that of course! You need a little bit of luck – but the one really important thing is to look at what general trends are out there and seize on those.”

And assuming your resources are as limited as they are for most startups, then Prentice is clear that product is absolute priority. No amount of storytelling will change that.

“If you only use marketing, that is not a very good way to start. You want to make sure the product is viral and people actually want to use it. Just to brute-force market is not the best way to market anything.”

Finally, since Prentice is now concentrating on the Fintech world with Oriente, we asked him if he has any specific advice for startups in this field.

“If you’re sitting somewhere like London and look out the window, you see a lot of really tall buildings with the names of banks on them. And new Fintech in the developed world is really going to start to hammer these banks. There is a real opportunity to take these people down a notch or two.

“On the consumer side almost everything is ripe for disruption. The incumbents have so much margin built in there. You’ll see it happening across the board. The closer you get to the real B2B stuff – that’s going to take a little longer.

“Change happens very slowly and then very quickly. Fintechs have been discussed for a really long time, now you’re starting to see them really get traction. I think you’re going to see a real tsunami for that.”

If the ridiculously fast growth at Oriente is anything to go by, then Prentice is absolutely right. But opportunity like that is everywhere. And if you want to find it, then just be smart in how you look for it!

Want to learn about the megatrends moving the health industry? Click here for tickets for Pioneers Health in Linz on October 16th.