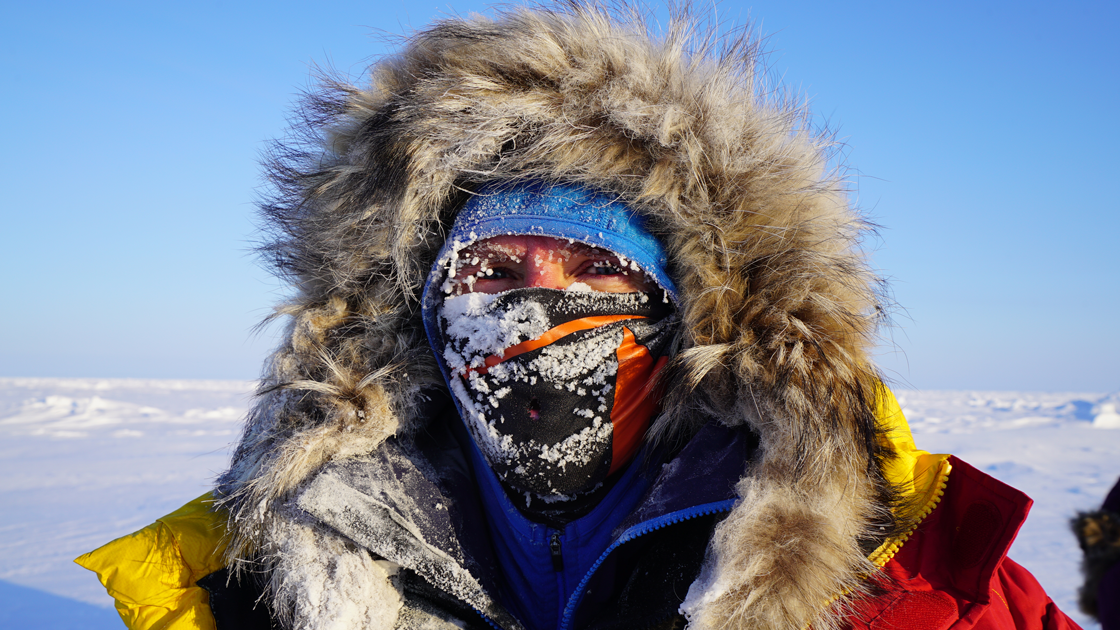 What were you doing when you got the news and what were your first emotions?

I got the message at 3am! It’s weird, actually, because I randomly woke up in the middle of the night and thought ‘I wonder what’s going on with the whole Pioneers thing?’ I checked my phone, and there was a message saying I had been chosen! There was no way I was going to sleep after that! So I got up, did some work and then a workout.

How do you think you earned so many likes in the first round of voting?

Honestly, yes. I was actually down to do NASA’s space camp when I was a little kid, but I couldn’t do it because the cancers got in the way.

How would going to space rate against things like climbing Mount Everest or trekking to the poles?

Physically, I don’t think it would be as demanding as anything like that. As long as I don’t have to blow that Worldview balloon up myself! [Worldview is one of the possible spacecrafts Space for Humanity will use] But the experience would rank right up there with Everest – it’s something I’ve wanted to do for a much longer time. When you’re a kid, everybody dreams of going into space.

What do you think your emotions would be if you get the chance to take the trip?

It would be like if you could take every emotion that I’ve ever had and explode them all at once, but slowly. Kind of like a firework in slow motion. I saw the curvature of the earth from Everest, but I’d be really excited to see the earth from outside the earth.

How would you share your story in the most inspirational way when you get back?

I’m a keynote inspirational speaker already, so that would be an easy transition. I wouldn’t necessarily talk about what I’ve done, but how I’ve done it. That way you can weave messages into a story that is an emotionally impactful and drama-laden one. People can relate to that, and it encourages them to move forward.

Do you think it’s important for many people to see the earth from the edge of space, and why?

Yes, I think that experience would really open up people’s minds to what they explore. The world is a humongous place, and so many people are afraid to really get out there and see what it has to offer. But I think it might also help people do more introspection, where they might look at themselves and question why they haven’t done certain things.

Will space travel give people a new perspective on humanity?

For sure. Doing things climbing Everest makes you feel tiny, and I can only imagine what it would be like from space. Sharing that with other people might make humanity realise it needs to step away from itself and we need to start respecting each other. Because the problems that you see from space are microscopic.

What are the qualities that make you the best person to take this trip?

If Space for Humanity is looking for true Pioneers then look no further! I’ve done something that no other human in history has done before. The next logical step for me is space, and using that as a vehicle to inspire others and help people look in the mirror and question what the potential of the human body and spirit really is.

Have you started stalking the opposition yet?

I haven’t had a chance yet! But if you give me some links, I’ll be sure to check them out…

After we spoke to Sean, we received an encouragement message of congratulations from Space for Humanity’s Executive Director Rebecca Schaeffer.

“Today, Space for Humanity joins Pioneers in congratulating their nominee, Sean Swarner,” said Rebecca. “Sean’s remarkable journey, overcoming considerable physical odds to summit each of the highest peaks on every continent on earth and bring hope to those in need, is an inspiration to us all.

“Sean’s application will be among the first to be considered for our upcoming mission at the end of 2018. We are expecting over 10,000 submissions for the chance to be one of the first eight diverse individuals selected.

“As the Pioneers’ final nominee, Sean will be guaranteed an invite to our launch party, and you can continue to vote for Sean’s Space for Humanity application at www.spaceforhumanity.org. We hope to see many more great applicants from the Pioneers community in the coming weeks.”

For more information and details on the Pioneers selection process please click here!