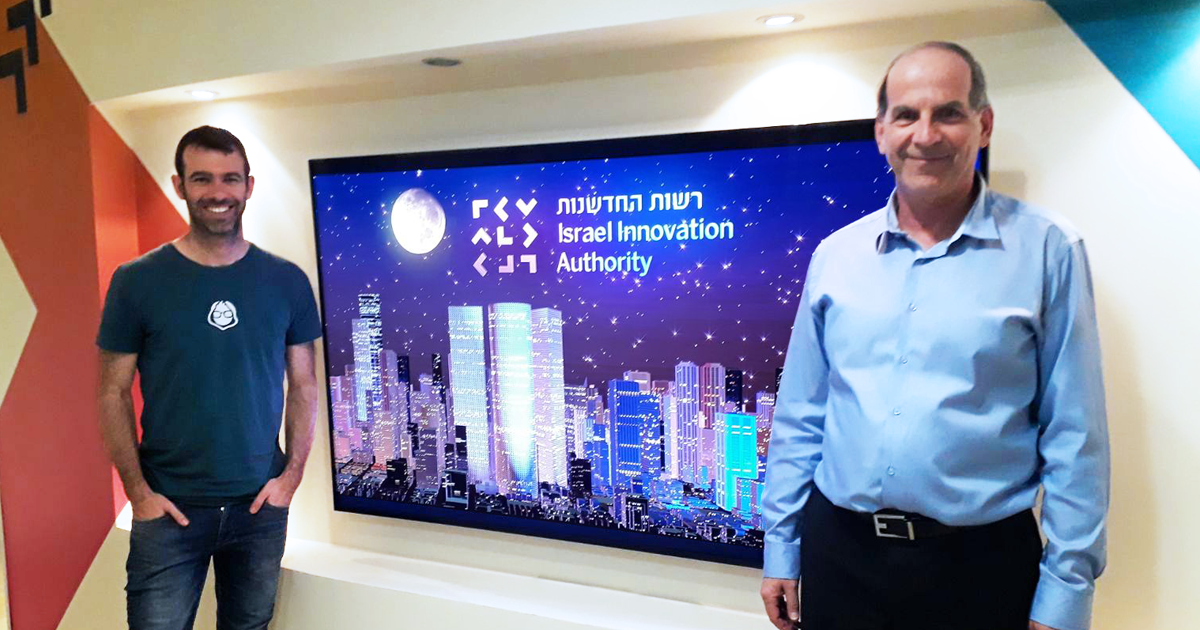 No matter where you’re from, visiting Israel for the first time is usually a big surprise. And if your business is entrepreneurship and innovation, then don’t expect it to be any different.

Enough has been written about how uniquely energetic, co-operative and adventurous the startup culture is in Israel. But it’s now so deeply entrenched that it’s easy to forget that it hasn’t been this way for all that long. The Israel Innovation Authority, known as the Office of the Chief Scientist until 2016, played a big role in developing this phenomenon.

“20 years ago there was no venture capital industry in Israel,” points out Danny Biran, Vice President of its International Division, in our exclusive interview at the IIA’s offices near Ben Gurion Airport. (For anyone with an interest in fizzy drinks, the IIA is located just across the road from the headquarters of SodaStream). While many of Israel’s entrepreneurs are barely old enough to remember that far back, clearly this is a man who knows the bigger picture.

We’ve come to meet an entity that played perhaps the greatest role of all in building the ‘Startup Nation’ over the last couple of decades. And following that rebrand, it’s a good time to catch up with a body from which governments and ecosystems worldwide can learn plenty. It’s especially interesting to hear their thoughts on innovation industry trends, and how they’re working to drive things to even greater heights in Israel.

Despite the complete change of name and a slightly more non-governmental image and definition, the basic work and ethos of the IIA hasn’t altered much since it was the OCS, which was set up by the state in 1974. It’s primarily about stimulating economic opportunity by supporting technological innovation with state money. Just as it did when it addressed that VC void – a move that paid off exponentially as the startup ecosystem has flourished and flown, now largely sustaining itself.

“The government in the early 1990s identified the lack of VC’s as a market failure,” continues Danny. “If you want to have a thriving hi-tech industry you need to have venture capital. So the first VC funds in Israel were started by the government (via the OCS), which dedicated $100 million to set up ten of them. Fast forward to now, and it’s a five billion Dollar industry. And the government doesn’t get involved in VC funds at all.”

The concept of a market failure remains central to the IIA’s work to this day. But examples of these can change over time. The interesting question is, where do they lie in 2018?

“In areas like healthcare, life sciences and agriculture, it takes forever and the private industry is reluctant,” says Danny. “That’s exactly where we like to fund.”

Unsurprisingly the IIA can offer a totally different perspective on the overall innovation scene. Because while they do take a percentage of revenue (usually no more than payback), if a project succeeds, any funding is a write-off, if it doesn’t. Although, they only support projects with ‘economic potential’, they’re spending an allocated national budget and have never been in it to make profit themselves. As such Danny and his colleagues can look long and hard at areas that both VCs and entrepreneurs might ignore. So it’s interesting to hear what they see as the most important technical trends going forward.

“Well, obviously we don’t know for sure!” smiles Danny with the refreshing honesty of someone whose business doesn’t depend on getting it right every time. “But we have some ideas. There’s been a move towards autonomous driving, and now that move is continuing towards personal autonomy. So we see a lot of things in personal medicine, which is related to digital health. That’s a big thing for us and Israel in general.

“There’s also precision agriculture. Things are becoming more individualized, with big data analytics, sensors and all of that. That’s something we definitely believe in, and we will see it in healthcare, in agriculture and in the supporting technologies that you need for that.

“Quantum is also something very interesting. And not just quantum computing, but also quantum communication and systems…we’re expecting to see some things there.

“Then of course there are the things we really don’t know, the things someone will come along with. Who would have thought ten years ago that autonomous driving would be so big? People would have said you were nuts, if you said cars would drive themselves, but people thought about it, started to develop technologies for it and now it’s happening!”

And is there anything that’s over-hyped at the moment?

“Cyber used to be a market failure a few years ago. Now, if you want to do something in cyber, it’s very easy to get money. And usually when it gets to that point, then there are probably too many companies and too many VCs…”

Another trend, more in terms of market fit than technology itself, is that Israeli companies are more willing to look eastwards for opportunity, despite Israel’s participation in Horizon 2020, the EU’s Framework Programme for Research and Innovation, and the traditional tendency to expand in the direction of the United States.

“I don’t think there’s any shift between expanding to Europe or the US,” he says. “But one change is that more startups are becoming interested in doing something in China.”

While the Office of the Chief Scientist may still take the headlines for establishing a VC industry and all those tech incubators that are such a feature of the scene here, its evolution the IIA is certainly not resting on its laurels. Inspiration can be taken not just from the body’s past, but from its ambitious current plans. Solving the Israeli innovation scene’s biggest issue – human capital – is just one example of that. And of how it’s about more than just funding.

“One of the challenges we have here is that only about 8.3% of the workforce is in hi tech. We’d like that number to go much higher and are doing a number of things to attract more people. This is an example of an expansion, rather than funding per se, that helps the hi- tech ecosystem.

“We also need to encourage parts of the population that are under-represented in hi-tech to participate more. One of them is women, and not just in Israel. Also Arabs and ultra-Orthodox Jews… We have programs in place to encourage and help and train people from those sectors. Our 8.3% hasn’t grown for a while. We have very aggressive goals for ourselves. Right now it’s around 270,000 and within ten years we want it to be half a million.

“We’d also like to help the traditional manufacturing sector modernize and be more productive too, because while hi-tech here is very successful and very productive, that’s not the case for other parts of industry. We have specific efforts around Industry 4.0 techniques and that sort of thing.

“There are a lot of countries that have the equivalent of IIA,” concludes Danny. “But they don’t always operate the way we operate. Definitely the things like human capital are quite unique. So I don’t know, if there is one entity doing exactly what we are doing, how we are doing it.”

Israel certainly has some unique circumstances and the advantage of being a small country. So it’s should probably come as no surprise that the IIA does things its own way, too. If you or your country has a similar (or better) model, why not tell us all about it on our social media channels?

Government entities looking to support innovation, and ultimately gain from it, can do exactly that at GovTech.Pioneers in Vienna on May 23rd. Buy tickets here.

Buy tickets for the Internet of Sound in Tel Aviv-Yafo here. Startups can apply here.