Pioneers Community Story: How a White House Alumnus is Taking the Fear out of US Immigration

By Richard AsherFebruary 20, 2018No Comments 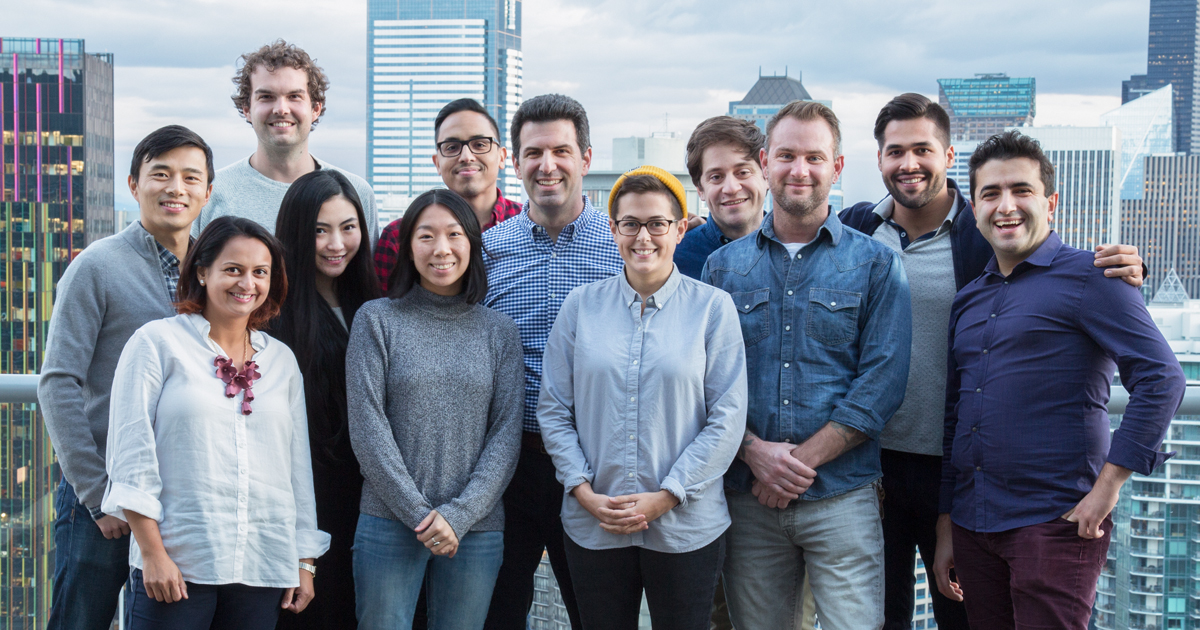 There’s something rather refreshing about a startup whose boss looks you in the eye and tells you that their product isn’t driven by Artificial Intelligence.

“At present what we do is not AI,” smiles Boundless President Doug Rand. “As much I would love to throw around a buzzword, there’s plenty of sophisticated technology to deploy long before you get to AI and machine learning.”

Yet this candid admission is far from the only thing that’s atypical about Boundless. Your average startup founder can’t list his previous employer as Barack Obama. Not many are amateur playwrights and willing to quote poetry. And then there’s the problem Boundless is solving, one of the most down-to-earth on the long list of those being tackled in startup world: the nightmare of filling out government forms.

This is a different approach to GovTech, which doesn’t just have to mean making improvements on the governmental side of equation. Nor does it inevitably have to be about startups working directly with governments. Boundless does neither of these just yet, despite Rand having worked in the White House for six years as Assistant Director for Entrepreneurship in White House Office of Science and Technology Policy, until Donald Trump was sworn in. (“It was time to move on, as it was for many folks,” he says diplomatically.)

Yet in its own unique way, this startup still brings together government, technology and entrepreneurship. It’s GovTech, all right.

Rand and his co-founders Xiao Wang and Serdar Sutay all believe immigration to the United States needs to be a less draining, confusing and expensive experience. Anybody who has ever been faced with one of the arcane, lifeless forms favoured by the US bureaucracy won’t need much convincing of this. But it’s not just about saving applicants from the guesswork and jargon that could send any sane person over the edge. It’s also about fostering entrepreneurship and innovation in the country.

“Immigration is a huge driver of entrepreneurship,” Rand learned during his time working for the state. “Immigrants tend to be very entrepreneurial and start companies at a higher rate than the native-born.”

Rand and his White House colleagues were among those who worked to push the International Entrepreneur Rule into the United States system. A startup-friendly piece of policy that would allow foreign startup founders working in the US to extend their stays based on certain traction parameters, it was pushed through three days before the change in government. And with that ‘startup visa’ now meeting with resistance from the Trump regime, Rand is pleased with his decision to strike out and make a difference in the private sector rather than from within government.

While Rand was born in the United States, he’s strongly aware of his immigrant heritage: several of his ancestors came through Ellis Island. And his co-founders have navigated the system more recently – Wang is from China and Sutay hails from Turkey.

“For my co-founders and I, this is personal. It’s part of the fabric of my family and the United States as a nation of immigrants.”

While their opinions might not always coincide with those currently occupying the White House, the crew at Boundless are showing that there’s plenty of opportunity to make a difference to individual lives by harnessing (non-AI!) technology. Specifically, Boundless wants to smooth and ease the application process for marriage-based green cards: in other words the spouse of a US citizen (or permanent resident) requesting living and working rights in the country.

According to Rand, around 400,000 people apply for such visas in the United States every year. The process, of course, is a nightmare of scary forms, guesswork, big cheques and waiting several months to find out whether that Sri Lankan wedding certificate really did need that vital third signature on it or not.

While an expensive lawyer can always offer some help if you have a few thousand Dollars lying around, Boundless claims to offer a better way. They’ve developed a natural-language alternative to filling out those forms. The idea of their platform is that you answer regular questions in normal English, while the underlying programme ‘translates’ this into US government language and completes the forms.

Included in the $500 flat fee for this is access to help via a chat interface, and a qualified human lawyer performing a final review of the machine-completed application. If all goes smooth, you get a filled-out application pack in the mail, and all you need to do is sign in a few places, add the government fees and send it away.

“It’s a reinterpretation of government forms and instructions that is more efficient, compassionate and easier to understand,” says Rand. “You get only the questions you need to answer, in the right order, with extra help for common head-scratchers.

“Our mission is to empower families to navigate the immigration system faster, more confidently and affordably. We want to make the system not just less scary and intimidating, but actually delightful and confidence building.

“We can’t guarantee positive outcomes, but we can provide a layer of services on top of the standard government process that brings a much better experience and hopefully maximises the chance of success.

“The good news is that fundamentally the system is set up to keep couples together. If you do it right and you are eligible then you should have every chance of getting that green card.”

“When our customers say things like ‘you took so much of the fear out of the process’ or ‘we’re delighted and our grandchildren will thank you’, that’s very gratifying for us. These people have been on a precipice worrying about the future of their family.”

We can’t honestly claim to have tried Boundless ourselves, but it sure sounds wonderful. The startup’s focus for now is on just one niche of immigration in one country, but if its early success continues, the sky is surely the limit. Considering just how many forms need filling out in pretty much every country (Austrian tax springs to mind…) and the fact that they’re usually a struggle on the language front (either because of puzzling jargon or because the applicant isn’t a native speaker), the potential to take the concept broader has got to be there in the longer term.

Expansion aside, why shouldn’t some forward-thinking government people call on a startup like Boundless to help it simplify things for its citizens at source. Collaboration, after all, is a huge part of the GovTech equation.

“Yes, we’re very open to working with the government to make the entire process more streamlined and appealing,” says Rand. “That would be good for the government in terms of cost savings and process improvement.”