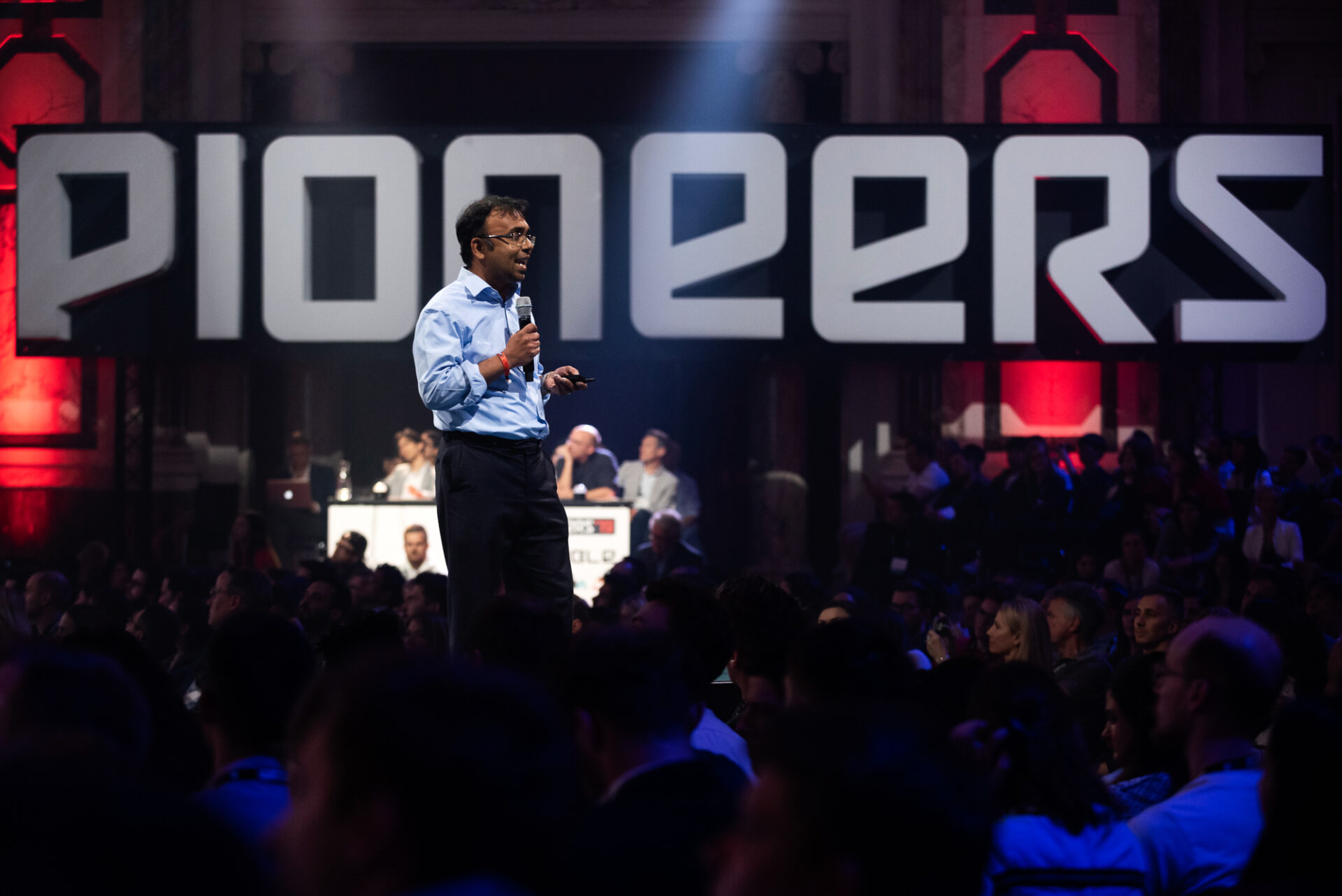 “Drug discovery is broken,” says Oxford CellenTech Founder Zameel Cader. “The current method for developing medicines is based on a flawed concept that you can develop a drug and it will work for everyone.”

“Nine times out of ten a clinical trial doesn’t work, yet drug companies keep doing it this way because often that’s the only way they know how to do it. And there’s a certain safety in following an old paradigm. We aim to break that process by using stem cells to develop personalized rather than generic medicines.”

If, like me, you don’t do an awful lot of stem cell tinkering in your spare time, that might need a little background explanation. Think of making stem cells as a spot of reverse-engineering. The process allows you to go back in time to when an organ was healthy – the very beginning, in fact. That is to say, to the so-called ‘embryonic stem cell.’ For example, you take a blood sample from an Alzheimer’s patient, turn back the clock to a stem cell and from that you recreate exactly that Alzheimer’s patient’s brain cells.

‘How does this help develop drugs?’ I hear you cry. To put it as simply as possible, starting from scratch helps researchers see where and how things went wrong for that individual patient. From square one they can even (forward) engineer it in certain directions and observe the same results that would have happened in that patient’s body. And because your stem cell is not the same as my stem cell, and diseases do not develop in uniform, convenient ways, they can begin to spot the differences between (at the risk of sounding macabre) your diseases and my diseases. When they can do that (and here is where it gets a lot more positive), they can develop drugs more attuned to each of us.

That’s the layman’s explanation out of the way. None of this is news to the specialist community – certainly not since Sir John Gurdon and Shinya Yamanaka scored a Nobel in 2012 for developing this reverse-engineering. To be sure, Oxford CellenTech has not invented any of the above. Over to Cader to explain exactly where the Oxford University spin-off comes in.

“Stem cells open the door to personalized medicine. But the bottleneck is that making those stem cells is really slow and costly. What we have done is develop a way of making them much faster, much cheaper and at a greater scale than currently possible.

“The core of the Nobel Prize-winning invention was that if you added certain molecules it would lead adult cell back into embryonic state, also known as the stem cell. That’s what we use but we developed a way to scale it up – and this is the secret sauce!

“Right now we’re deciding whether to patent this or to keep it as a secret sauce – like Coca Cola.”

It’s not completely fanciful to suggest that Oxford CellenTech’s sauce might prove to be just as lucrative as that of the American health drink (just kidding) manufacturer. Whatever happens, the use cases seem far more constructive for humanity.

The ability to manufacture stem cells at scale and speed isn’t just good news for more targeted drugs. There is also the regenerative medicine potential: to directly swap degenerated cells with healthy ones that actually ‘fit’ the individual.

‘Personalised medicine’ is a term we hear a lot in the innovation community, but here it’s important not to take it too literally. The day you’ll get a drug specifically for you is still quite far off. Although there is now no theoretical barrier and the arrival of Oxford CellenTech’s scaling technology brings it much closer, the realistic first step is ‘personalization’ in the sense of closer targeting for groups of patients with similar patterns.

“In the near term it’s about you belonging to a sub-population, not individual personalization,” says Cader. “Nobody really has explored the latter properly and nobody can say how far off that is.”

Much closer at hand are the first business steps for the spin-off. These include formally establishing the company (it’s that fresh) and finalizing first funding – Cader and his team have gotten this far as part of their day jobs with Oxford University. The target then is to gain first revenues with a ‘reprogramming service model’ for researchers. Essentially that means Oxford CellenTech performing the reverse-engineering for those who need it. If they’re really 100x faster and threefold cheaper than existing competitors – and those are the claimed numbers – then this should be an easy sell.

From there, the plan is to transition into a data company, where they can simply offer researchers and drug companies disease-specific cellular big data from the huge bio-repository they plan to build up.

Cader, who also works as a physician, is on a steep learning curve when it comes to setting up and running the business. But with some great backing, high-impact tech and mention mentorship at Pioneers ’19 that he likens to “gold dust”, the future looks extremely promising!