ONO Hits The Streets of Berlin! 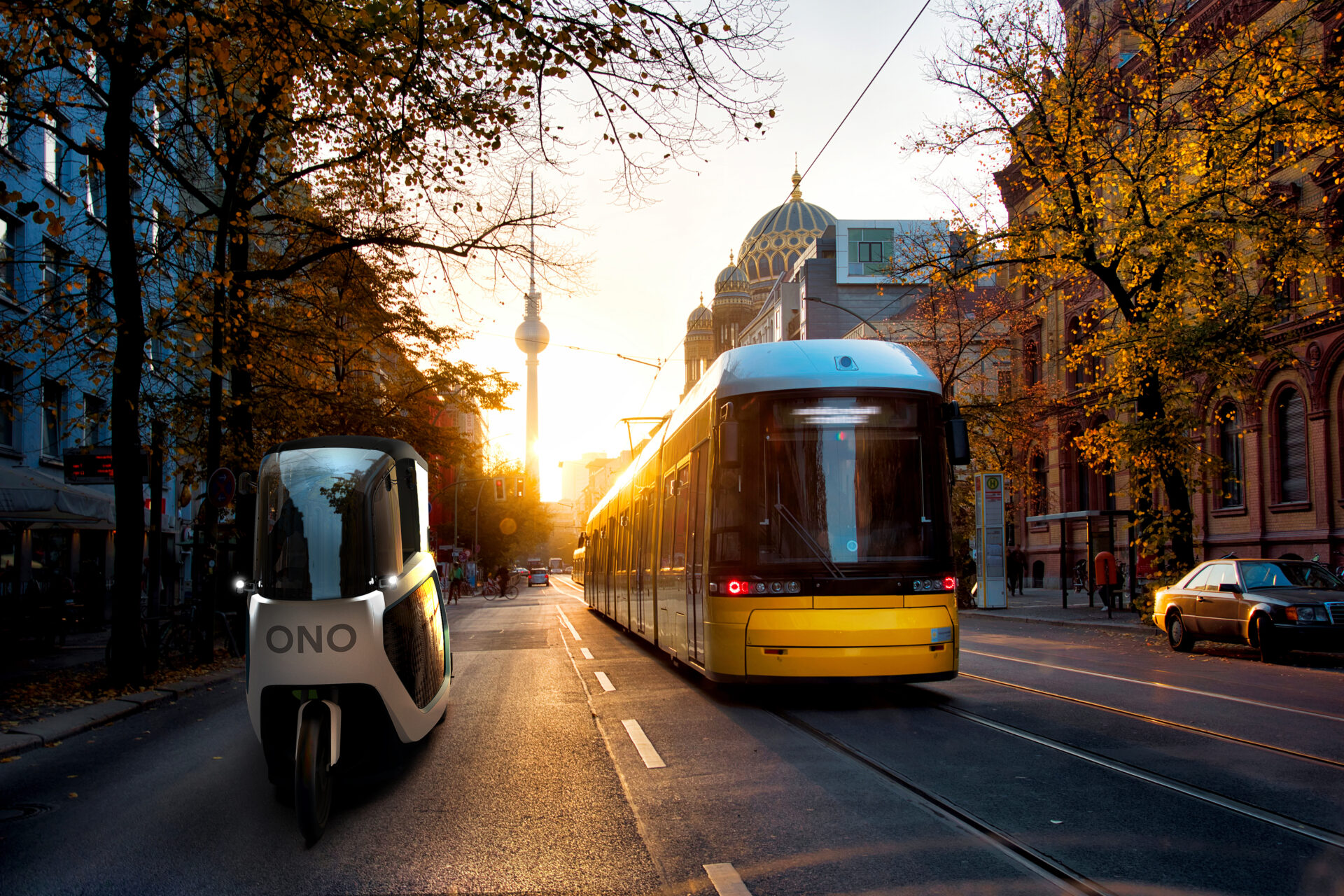 We’re proud to see that one of our Pioneers ’19 finalist startups, ONO, has taken the next big step on its journey. Last week the second generation of the ONO Pedal Assisted Transporter (PAT) has hit the streets of Berlin, as the first of two pilot projects with German logistics companies Hermes and Liefery got underway.

As those attending the tense final pitches at the Hofburg will recall, the ONO PAT is an emissions-free and weather-protected vehicle developed for the CEP (courier, express, parcel) industry. It features two electric motors and doesn’t require a driver’s licence. With its load volume-capacity of over two cubic metres, easily exchangeable cargo-units replace the volume capacity of many conventional delivery vehicles.

Berlin, Europe and Beyond: A Clean and Cost-Effective Solution

ONO and its pilot project partners are tackling a problem that affects city centres worldwide. Last-mile deliveries cause road congestion, air pollution, and take up valuable space. The ONO PAT promises to address these issues with a smaller, greener solution.

While part of that solution is evidently the vehicle itself, the most interesting aspect is ONO’s vision of an innovative ecosystem that includes the use of micro-depots within urban centres. Here vehicles load cargo from micro-depots within the city, as opposed to huge warehouses on the outskirts. That reduces the number of trucks in the city, with clear emissions and congestion benefits.

But being green, healthy and pleasant isn’t generally enough reason to get logistics companies to change their ways. It has to work for their bottom lines. And ONO’s solution offers clear savings, says Vieran Hodko, the startup’s Head of Brand Development.

“Our solution is positioned to be 20% cheaper to operate than all the big trucks out there. It’s a lot more future-friendly in that we designed with the ‘city-hubs’ model in mind. And as a business you will need less time to train a potential driver, because you don’t need a driving licence. And all of that is without even mentioning the ecological benefits of the the vehicles.”

Ahead of 2020 Mass Production: Demonstrating Feasibility of Replacing Diesel Vehicles Through Pilot Projects

The pilot projects with Hermes and Liefery will address feasibility concerns of switching from conventional trucks and vans to ONO PATs for urban logistics. Performance will be monitored as the vehicles are used in daily and regular operations for a four-week period. Hermes and Liefery will fill the interchangeable ONO cargo-units at their distribution centres, bring them to micro-depots by van and then send items by PAT to final destinations within 5-10km. ONO will use the results to prepare for mass production in the spring of 2020.

Beres Seelbach, ONO co-founder and Managing Director explains, “With our e-cargo vehicles in everyday use, we look forward to demonstrating that cargo bikes are an effective alternative to conventional delivery practices, and that our ONO in particular best meets the needs of urban logistics.”

The Next Chapter in ONO’s Growth Story

The broader potential of the ONO concept was no doubt a factor in our jury sending the Berlin-based startup through to our Top 8 final. And, sure enough, this pilot project launch three months later marks the expansion of ONO’s target markets. After mainly focusing on the CEP market, the company is now addressing urban logistics as a whole.

The ONO transporter is built using a modular platform base, where standardised cargo-units can be easily swapped with units suited to different purposes. So in addition to parcel deliveries, the plan is for ONO PATs to be used to transport all types of goods, from food to flowers to furniture and more.

Josef Schulze Sutthoff from the German investment firm, Innovations & Beteiligungsgesellschaft Wolfsburg explains, “With the roll out of the second generation of this completely new category of vehicle and with the new pilot projects, ONO is that much closer to market maturity and mass production. We see tremendous scaling-up potential in ONO.”

For the full story of the Pioneers ’19 startup competition, click here.