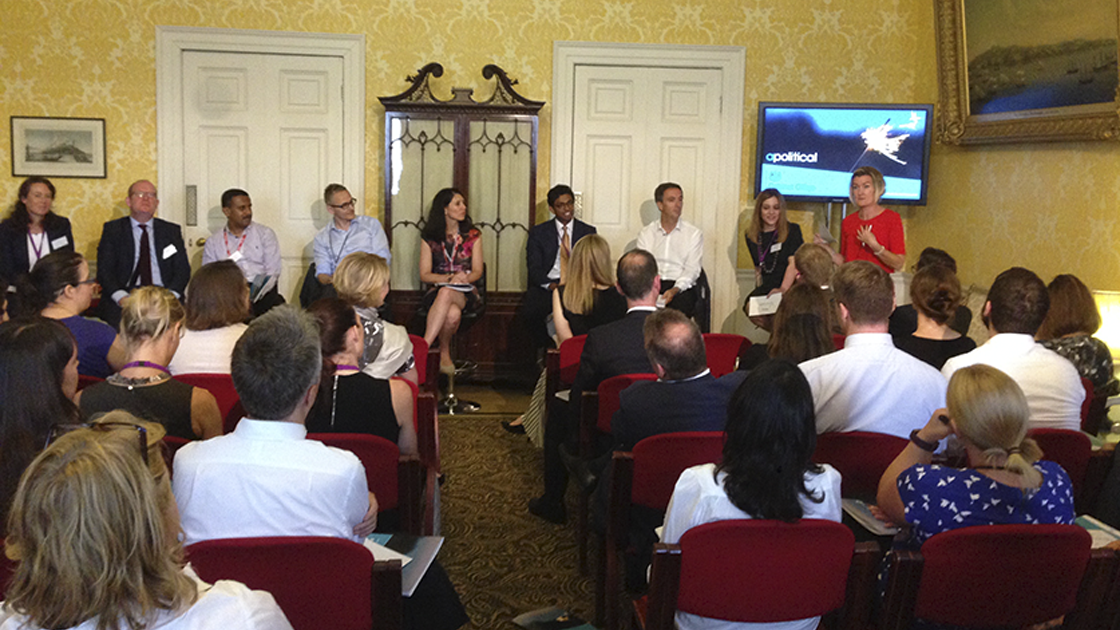 Once upon a time, the only time governments got feedback from their citizens would come at the moment they got booted out (or otherwise) at the polling station. But thanks to innovative technological tools from GovTech startups, that’s all beginning to change – and change for the better.

These new developments in the burgeoning GovTech field have ushered in a new era in which ongoing dialogue between governments and their people is gradually becoming a given. Likewise, it’s now easier than ever for different cities, states or countries to share what’s working – and what’s not – with each other. For startups, facilitating these collaborations continues to represent a huge opportunity.

Two-year-old Belgian startup CitizenLab has created a civic engagement platform that allows for clearly-defined dialogue and decision-making around issues or projects relevant to city residents. Their solution is a slick, youth-oriented replacement for traditional town hall meetings that tend to attract the same old faces time after time.

Bulbshare is also bridging the gap between governments and citizens in a slightly different way, thanks to co-creation software that allows governments to get feedback from highly targeted audiences. The British startup’s offering allows its clients to create relevant content, policy and innovation. It was recently nominated for a Tech4Good Award.

Apolitical is improving collaboration from a different angle, providing a much-needed global platform for civil servants to talk to each other, sharing learnings and ideas. Working hand-in-hand with the platform is a content strategy – executed by writers with great credentials – that focuses on good-news stories around innovation in the public sector. And they’ll be attending GovTech Pioneers again in 2018, when it will be expanded to a full-day event.

And the early signs for all the startups are very promising, insofar as they’ve all achieved a level of government adoption in very little time. That’s something that’s a lot less tricky than it used to be, with the startups are encountering an increasingly open-minded generation of civil servants.

“In Belgium, the attitude to innovation is pretty positive,” says CitizenLab co-founder Wietse van Ransbeek. “Every city and municipality has discovered the concept of the smart city and they are meeting vendors in this area. They’re looking at citizen-facing communications and the cloud in order to serve citizens better.

“Our first pilot was in the city of Hasselt, where citizens got to have a say in the features of a new park. We’re now working with around 50 cities in Europe, including Den Haag and Brussels.”

Among the early wins for Bulbshare, meanwhile, was working with Public Health England to build its Rise Above youth campaign through dialogue with a community of young people well-versed in the topic.

“In our experience, governments are increasingly looking for new ideas, fresh perspectives and creative solutions to their daily challenges,” says Bulbshare’s Marketing Director Michael Wylie-Harris. “I think we’ll see more and more partnering between governments and new startups in the future, as they look to pioneer innovation and connect to younger audiences.”

Apolitical, founded by highly-connected entrepreneurs and storytellers Robyn Scott and Lisa Witter, is also finding a lot of early interest in its platform, from both governments and individual public service users. Having only been launched at the end of June, it already has users from 99 countries. They’re actively learning about each other’s policies and practices, not just by reading documents but by engaging in useful dialogue with their counterparts.

“The British, Australian, Canadian and UAE governments have all been very engaged and supportive so far,” says Scott. “And while it’s too early for policy implementation success stories, the first signs are positive. We know, for example, that public servants have used the platform to learn from other countries about issues ranging from helping indigenous populations reduce youth suicide to regulating autonomous vehicles.“

“The GovTech market is estimated to be worth around $400bn, but historically it’s been dominated by large corporates. This is changing with a tide of great new startups serving the public sector and building incredible services which governments are increasingly keen use.“

“The scale and pace change that government needs to address – whether through better policies or more innovative partners – is an enormous opportunity. This was made starkly clear to me before we started the company when I mentioned the idea to a friend at Singularity University who I expected to be very sceptical of the idea. ‘You must do this,“ he told me, “We have politicians and senior government officials rocking up here every week and asking us to help them deal with the future.’”

But critical to the best new innovations actually improving future government, of course, is that the innovators behind them actually get a foot in the door.

Part of Bulbshare’s success is in facilitating exactly that. One case study is its work with the British Council to develop education tech products in six different cities, through connecting the body with forward-thinking and innovative graduates representative of the audience.

Apolitical is also planning to help startups get in the room with governments. In future it wants to have a listing of innovative small providers included on its platform, allowing civil servants and startups easier access to each other than ever before.

“Helping small companies with very few connections get to the right people in government is very close to our hearts as entrepreneurs,” says Scott. “And a lot of governments have ambitious commitments to work more with small companies.”

And when these GovTech startups do get that big meeting in the diary, they’ll find some of the regulatory challenges less onerous, adds Van Ransbeek.

“Until June this year, the threshold for tendering in Belgium was just €8,500,” he observes. “That made it very hard for startups to do business with government, because for work above that level you had to do a long procurement or tender process that could take many months. Now it’s €30,000 across Europe and that’s a big change for the industry. A barrier to entry is being torn down.”

While the two founders echo the industry wisdom that innovative collaboration models are going to become widespread in cities sooner than at state or national level, it’s equally worth noting that opportunities aren’t limited to the usual suspects in Northern Europe and the rich world.

“India is a place of huge dynamism in government, running experiments at a scale that they’re often super interesting for many other countries,” says Scott. “In Bhubaneswar they have been involving kids in the city design process, and it’s been so successful that they’ve set up children’s audit committees to review new developments. Another example is Medellin in Colombia, which is one of the most innovative cities in the world.

“There is in fact a ton of stuff wealthier countries can learn from poor countries that never had certain infrastructures and are now ‘leapfrogging’ directly to something better.”

Wherever you look in the world, though, the end goal of improving collaboration models through GovTech is much the same for all three of the startups we spoke to: more accountable, streamlined and informed governments that ultimately provide a better service for their citizens.

“Technology will not only help governments become more effective and efficient,” concludes Wylie-Harris. “It can also improve the way they communicate with voters, facilitating more transparent processes and more democratic relationships. The sky’s the limit!”