By Sophie RabJanuary 29, 2018No Comments 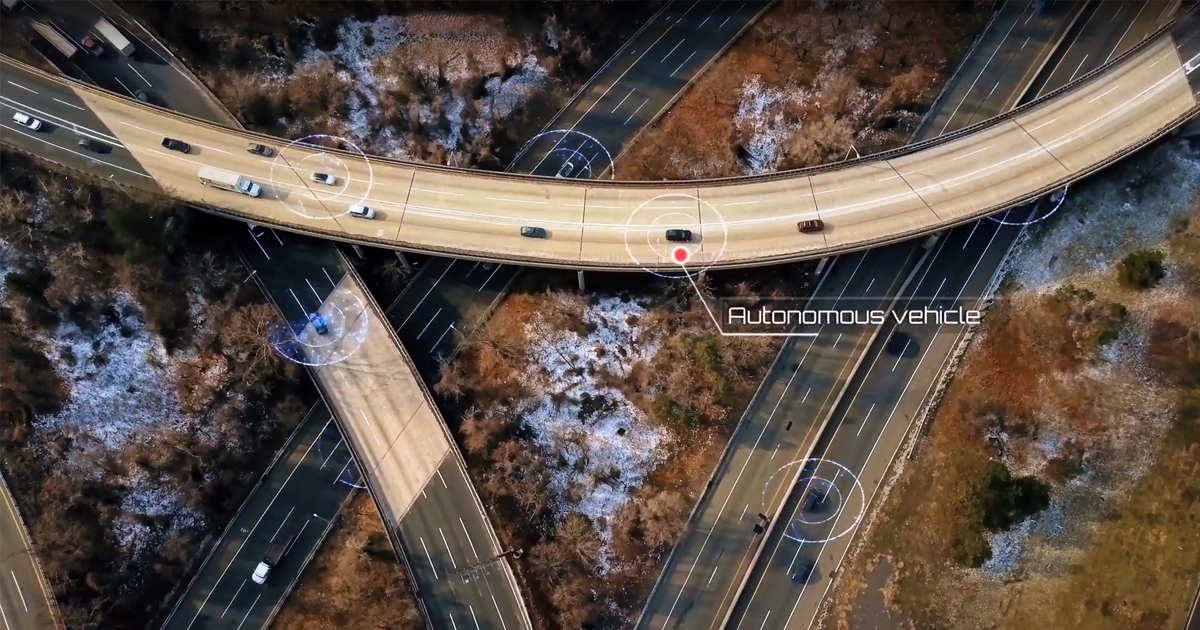 While most of us have a concept of a worst-case scenario when it comes to our data getting hacked, it’s probably fair to say that ‘mobility hacking’ is a subject that remains on the fringes of our thoughts. But that doesn’t make the threat any less of a reality. The consequences of a self-driving car getting taken over by a malicious hacker don’t take a great deal of imagination to picture.

The more that automation features in our mobility landscape, the more OEM’s need to worry about making sure their systems are safe from intrusion. And though OEM’s are rapidly digitizing, they typically lag behind newer entrants to the mobility market when it comes to cybersecurity. That’s because such safeguarding hasn’t traditionally been a part of their core business. This is where companies like Karamba Security come in.

“Elon Musk said that if someone gets into our autopilot ECU and drives all Teslas to New Jersey, then the company is gone,” says Assaf. “So autonomous vehicle companies are taking cyber-security very seriously. But autonomous vehicles are being designed with cyber security in place from the beginning. With OEM’s the difference is that current vehicles were designed without cyber security, and then the cyber got added. But they are taking it very seriously too.

“The worst thing a hacker could do to an OEM today is attacking a fleet. Not just Amazon trucks or Walmart deliveries – it could be the entire fleet of BMW or General Motors. We saw that in 2015 when Chrysler had to recall their entire fleet of Jeep Cherokees. Fiat Chrysler reported half a billion Dollar loss over that. The media was all over Jeep, but Dodge and other vehicles were vulnerable too.

“With a fleet hack, though, the driver can step out of the vehicle and nothing will happen. The future worst case is much more severe. In the future, when the car drives itself, then it’s a nightmare. You’re locked in a car that goes wherever the attacker wants it to go.”

Is it all terrible, dystopian, catastrophic news, then? Luckily not, with startups like Karamba working hard to make sure our current and future travel is safe. And if you want to get an idea of how, you can do so in Assaf’s stage demonstrations in Munich.

“What we do is rely on the fact that automotive ECUs are different from laptops and smartphones in that they don’t change. Updates aren’t in the hands of the user, and from a security point of view I don’t need to allow for that. On the contrary, I need to block that. If an update comes, it should be a valid, certified update from the manufacturer or it should be blocked.

“This sounds very easy but it’s very complicated. Attacks don’t try to impersonate updates, they look for vulnerabilities to exploit. What we do is integrate into the software environment, into each and every place where the software can change. And we don’t allow that change. We do this in a strict way that we think is impossible to bypass.

“I’ll also demonstrate another aspect of our tech on stage: the encryption of the in-vehicle network. It relies on the same concept, and with a click of a button we encrypt the network. Then the ECU becomes resilient to the attack.

“Everything is encrypted in run time and with zero overheads, which is the great innovation. Because when you come to OEM’s with a cyber security solution and say ‘it’s going to add 10 or 20% to the network’, they say ‘I don’t even have one percent to give you – maybe next time!’”

If you’re thinking that technology like this might have application in the air as well as on the road, then you’re absolutely right, according to Assaf. Cyber security is a mobility issue in the broadest sense of the word.

“Unfortunately someone could hack into a plane too. We’re trying to work with plane companies and I can tell you that they are aware of the problem. But there are not that many companies in the industry and they try to do everything in-house as much as they can.

“The auto industry is the same but at least there you have is more competition and the challenge is immediate. There are many more vehicles being sold every day. It’s different in terms of supply and demand but the problem is the same.”

While Assaf’s stage session promises to be a real highlight, we’re also happy to announce several more of the speakers you’ll be able to meet at Mobility.Pioneers. We’ve completed our line-up for the What Could Future OEM Business Models Look Like panel discussion. Lars Klawitter is Executive Director of the Strategic Business Unit at InMotion Ventures, Jaguar Land Rover’s mobility business and venture capital arm, while Alexander Hotowy will join the panel as a representative of industry consultants Accilium. As previously announced, Executive Coach Dr Eileen Mandir and Marcus Spickermann, CFO and Head of Growth for Volvo Cars Mobility, will also be sharing their insights in the session.

Meanwhile Kobi Marenko and Georg Kopetz will share the stage in the Autonomous Driving: A Deep Dive into Real Time Mapping and Sensors session. Georg is a successful European entrepreneur, co-founder and member of the executive board at high-tech growth company TTTech. Kobi is an entrepreneur with over 15 years of experience in radar engineering, and is currently CEO and co-founder of Arbe Robotics. And they’ll be joined by Andy Marchant, who is Head of Product Marketing for the TomTom Maps group.

There’s also another name to add to those of Lucy Yu and Juraj Vaculik on the How Can Innovators and Policymakers Work Together to Propel New Regulatory Frameworks? panel discussion. This is Kirstin Hegner, who head the activities of Digital Hub Mobility, a German-based collaboration between automobile companies and mobility providers, suppliers, science and the digital sector for the mobility of the future.

In the Changing Landscape: Models for Startup Corporate Collaboration panel, we can now announce the additional names of Thomas Daiber and Tanja Kufner. Thomas is CEO at Hubject, an international digital B2B marketplace for services related to the charging of electric vehicles, and previously worked with Porsche and Daimler. Tanja is Partner at global consultancy MHP and responsible for its startup and investment programs, such as MHP’s new accelerator. They’ll join the previously-announced Dr Tom Kirschbaum of Door2Door and Gunnar Froh of Wunder.

As for the action on our Garage stage, we can also reveal the names of the three experts who’ll take part in the afternoon Investing in the Transformation of Transportation session. We’ve lined up Gitte Bedford of Robert Bosch Venture Capital and Lorenz Hartung, the co-founder of Munich-based accelerator TechFounders.

Don’t forget that our Match & Meet service opens up in two days. Attendees do keep an eye on your email – it’ll be time to start scheduling those one-on-one meetings soon!

And if you’re not yet an attendee…get your tickets here.