Mixing it up with HoloLight

By Richard AsherJuly 11, 2017No Comments 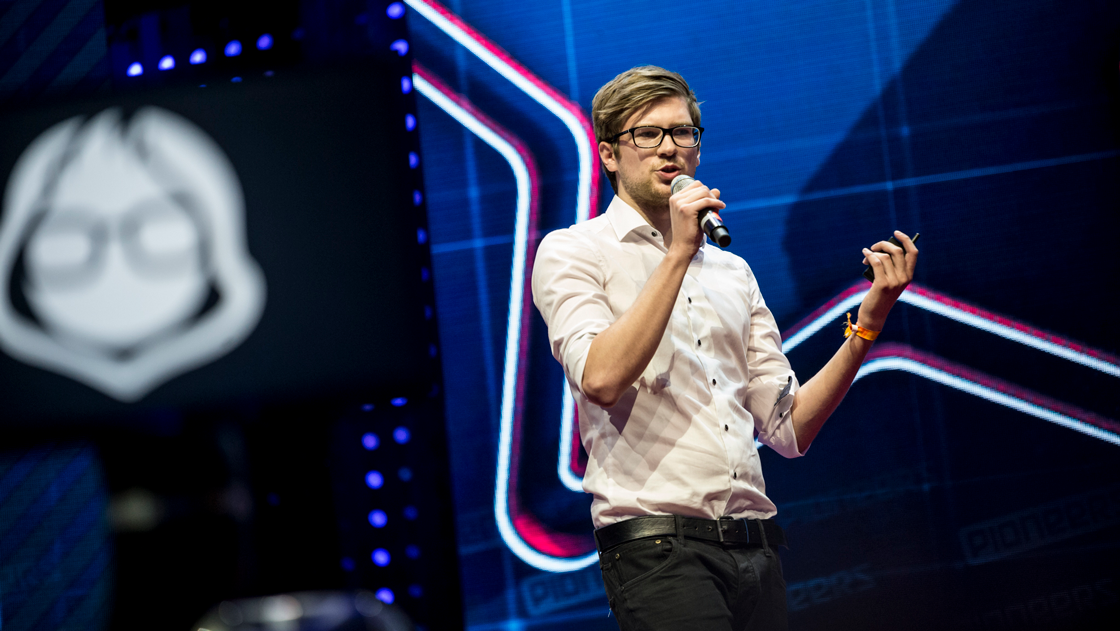 Imagine having to programme a mixed-reality headset to guide a quality control inspector around the innards of a vehicle. Said inspector will be checking up to 300 labels and parts for that glorious thing called compliance, hoping he or she doesn’t get fired for being the architect of a hideously expensive recall. No more ticking boxes on a complex sheet of diagrams: you want to offer the inspector hologram guidelines controlled by voice, and a hands-free experience.

But teaching a hologram projector to lead you around one particular real-world car model’s underbelly… that’s a heck of a project, right? When HoloLight CMO Luis Bollinger tells me that his company actually has actually developed a process to do this, I assume the set-up must be about as labour-intensive as trying to construct my tax return in German.

But it’s not for nothing that HoloLight went so far at Pioneers’17. This 25-strong Bavarian startup has found a way to come up with a sought-after industrial tool without having to build the hardware – or spend months mapping what’s underneath the hood of every BMW in the range.

“The aim is to use information companies already have,” says Bollinger. “In industry, 3D information like CAD files is already out there. That’s the first thing you should be able to do in mixed reality (MR): visualise the stuff you already have.”

HoloLight’s specialist niche, then, is simply to bring existing resources together. The model is startup gold: specialist expertise that’s not only efficient, scalable and tremendously desirable in industry. Expertise big companies rarely have the resources to learn in-house.

Working with headsets like the Microsoft HoloLens and the DAQRI Smart Helmet, and using files from its clients, HoloLight’s game is making mixed reality a reality with minimal sweat. They produce clever software like Holo-View, which can integrate your firm’s existing files into your visual environment – as 3D holograms.

“Imagine you just drag and drop a CAD file you have on your computer,” says Bollinger. “You drop it into an application that converts it on HoloLens and visualise it in a minute. While a lot of people have been working on headsets, this kind of industry software has been the missing part.”

As you might imagine, plenty of companies are already knocking at the HoloLight door for this time-saving, accountant-pleasing software, which Bollinger modestly admits was ‘more challenging than developing something for a smartphone’. HoloLight is already working with auto manufacturers, particularly their giant neighbour BMW. But it’s not just about regulatory checks. There are use cases for maintenance and repair throughout industry. In the construction business too, where it’s useful for visualising plumbing, electricity and furnishings.

“Even with furniture, companies already have 3D models as CAD files. In this case you would just connect to database and ‘place’ the item in a house to see how it looks.”

The price of headsets mean this is not a toy for a consumer market (although consumer marketing could work) at the moment. And just to be ultra-clear, it’s not full-immersion VR. Rather, it’s integrating holograms into your actual environment. But what makes mixed reality mixed reality?

“It’s not the same as augmented reality (AR). AR is just a 2D hologram in front of you, like Google maps, text information or Pokemon,” says Luis. “With an MR 3D hologram you can walk around and see things from different perspectives. If it’s a machine, you can look inside and look at the details. That’s the big difference.”

Right now HoloLight’s impressive technology might be said to be in the pilot stage. They’re working closely with clients on developing their product and bespoke solutions, but the end goal is actually to come up with a licensed product that automates the process for non-specialists.

“Our goal is to deliver a solution a company can already use with the stuff it already has, not an SDK.”

If anyone can deliver that, then you get the feeling HoloLight can. “We’re 25 people only focussing on MR. You cannot find that in other companies, even big companies with hundreds of people. They have their daily business and cannot afford to have 20 people to focus on one technology.”

HoloLight could prove to be a terrific example of startup-corporate symbiosis, in fact. Most companies could use this tech in one way or another. But equally, most companies wouldn’t know where to start!

“We’re focusing on becoming market leader for industry solutions in mixed reality,” concludes Bollinger, whose firm is making enough for steady operation, but is in the market for an investment of a million or so as they focus on growth and marketing. “We’re heading in a good direction.”

So it would appear, as HoloLight develops its core offering while keeping an eye on other innovations in the field. For example, it’s developing HoloStylus, a ‘gesture pen’ that responds to the growing acceptance that human fingers and hands just aren’t as precise as we would like. Then there’s the intriguing Workspace of the Future concept it’s building with Fraunhofer: watch that (work)space!