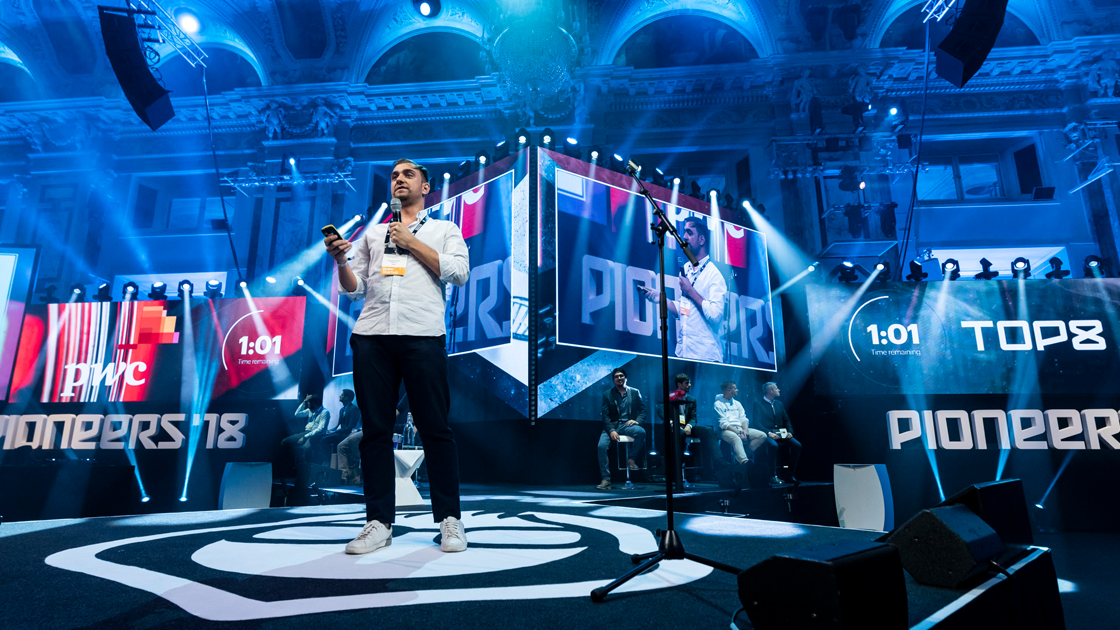 If you’re reading this blog in somewhere like Western Europe or North America, the concept of an app which aggregates your utility bills, stores your credit card information and then allows you to ‘manually’ pay by clicking a button might sound like something from the 1990s. In these parts of the world, direct debit and other automated payment methods are firmly entrenched in customer mindsets.

But that doesn’t mean there isn’t a use case for such a system elsewhere. In Romania, where Pago is based, the bills are paid very differently. Cash payments are still wildly popular and people feel more need to control their spending. In fact, says co-founder Adrian Cighi, the concept of direct debit simply hasn’t caught on in Eastern Europe at all.

“In Western Europe people are used to direct debit addendum in contracts,” he says. “But I think in Eastern Europe people would not accept them. In fact, banks in Poland already tried investing quite a lot to promote direct debit, and the result was only an increase of 4%. Direct debit is used for only around 10% of utility payments. And that’s the highest in the region – in Romania it’s 3%!

“The main reason is that with direct debit you don’t have control over your payments. You don’t know how much you have to pay or when you have to pay it – and it usually comes as a surprise. You just see money missing from your account, and sometimes the bills are quite different in value from month to month. For mid to low income people, you don’t really want that to happen.

“So throughout Eastern Europe, most people still need to manage their own payments and bills. For a long time I was struggling to pay my own bills. It was a pain.”

To solve that pain point, Pago’s app elegantly blends existing technology, user permissions and partnerships with over 70 suppliers to access all major utility accounts and provide the user a clear summary of how much needs to be paid and when. Having added their credit or debit card, the user can then pay these with a single confirmation click. Alternatively, they can also set them up to be paid automatically on certain dates, but with the ability to easily switch this on and off at any time – a key difference to direct debit!

“Our automatic system is an improvement on direct debit,” says Cighi. “It’s the way it should have been all along.”

Pago’s solution is already an established and validated platform in its home market of Romania, with all the big utilities on board and paying the commissions from which Pago earns its money. One of the country’s largest banks, Banca Transilvania, is a shareholder. But much of the growth is thanks to a classic case of startup-corporate collaboration. This win-win situation all came about thanks to a chance meeting with Mastercard.

“We decided to do this app after I met the CEO of Mastercard Romania at an event in 2015,” says Cighi. “He told me that more than 80% of bills in Romania were paid in cash. I thought ‘This needs to change. Let’s do something together to change it!’ We followed that up with a proper meeting and Mastercard has been a partner ever since – they’re financing our marketing with their own budget and are very keen to help us do the same thing in all the other countries. For them it’s quite a high priority to move these payments from cash to card!”

As for Pago’s future plans to expand to various markets across Eastern Europe, ideally with a local banking partner for each country, connections made at Pioneers’18, also look quite likely to play a role.

“We met a few angels and investment funds and Pioneers, and a few were interested,” says Cighi. “We never pitched at such a big event, and certainly never on such a cool stage! That’s once in a few years opportunity, if not once in a lifetime.”

The 2018/19 Raiffeisen Bank International Elevator Lab accelerator program, for which details were announced at Pioneers’18 and for which our Pioneers Discover consultancy arm is scouting startups, also piqued their interest.

“We know about Raiffeisen, but they don’t know about us yet! They could be a good partner in the region, as they have presence in all these countries. We’re looking at applying for Elevator Lab and we’ll see how it goes.”

While moving beyond Romania, with Hungary and Poland their near-term priorities, is one part of the Pago expansion, broadening the offering from the initial utility bill payments is another ongoing project, says Cighi.

“We started with utility payments, now we’ve moved to insurance as well. We’ve made it possible to see the offers from all the insurers much faster. You can see the offers just by inserting the licence plate and Vehicle Identification Number. You don’t need to fill in all the other details.

“Our plan is to add as many payments as possible and make them as simple as possible.”