To Exit Or Not To Exit? How To Get That Dream Acquisition Deal 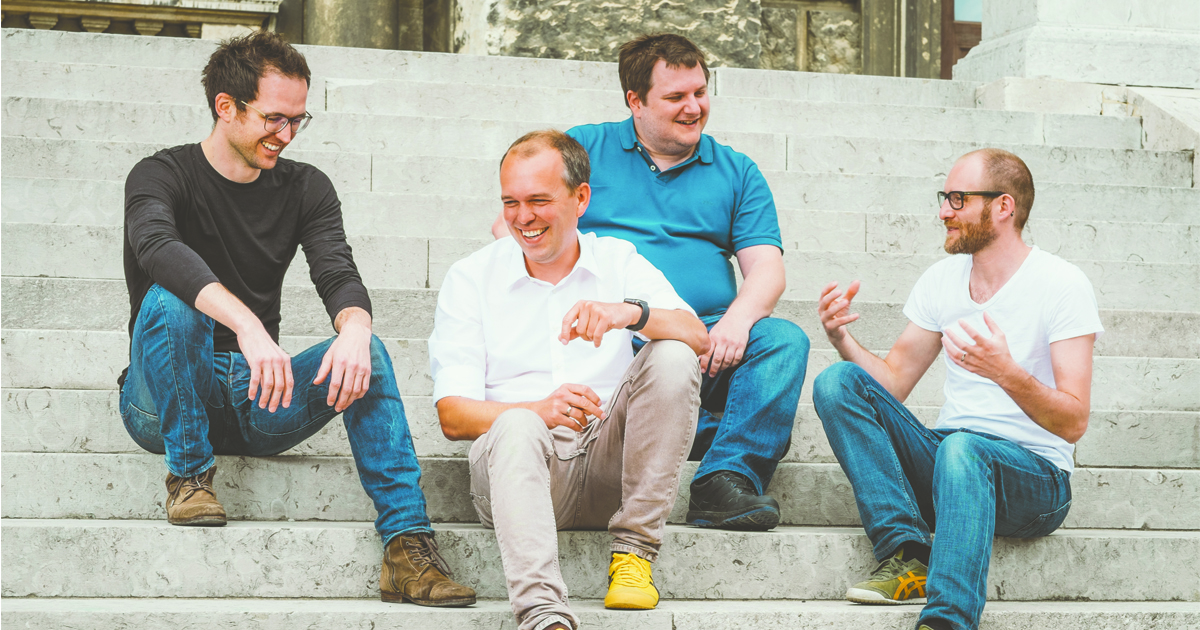 In June 2017, we were proud to announce that diabetes management startup mySugr had ‘exited’ via an acquisition by healthcare giant Roche. The news rocked the Vienna startup scene, but was particularly pleasing for us, coming as it did six years after the company won the very first edition of our flagship event in 2011.

One year on from the deal, mySugr continues to grow and thrive under its original brand name and co-founding team. Not only that, but it has retained its independence and its freedom to work with Roche competitors as well as its owners. A dream exit scenario: plenty of benefits and none of the drawbacks.

How did they manage it? For the answers, we interviewed Frank Westermann, one of the four co-founders and CEO of mySugr, who is currently based in Encinitas, California and focusing on building up the mySugr US business.

“It wasn’t initially driven from our side,” says Westermann of a process that was negotiated over the course of a full year. “We weren’t looking to get acquired, rather to raise another round of financing. But the first time we were asked it kick started a thought process.”

From there, it was certainly a long way from being an impulsive deal.

“It was a very conscious decision to take their offer. We were talking to not just Roche but other companies too. It took more than a year to make the decision.”

One key to making the right call without major conflict was having the right people on board, so to speak. It went back to having a good synergy with their original investors. Another illustration that your very first funding round is about people as much as money – get it wrong and it can bite you when it comes to big discussions down the line.

“We were lucky to have a great board and a great relationship with them. I totally trusted them and we had great discussions about whether acquisition would be the right step – and at the end of day we decided that it was. But we were never forced or driven by our investors.”

And with multiple offers on the table, that personal connection was also critical in mySugr’s decision to go with Roche. They already had a relationship with the firm, both as collaborators on developing products, and via Roche Ventures having been one of their early investors.

“We’d been working with Roche for a long time already, so there was a level of trust with their people. We knew the company from inside and knew their goals and mission – and that ours aligned very well.”

Still, negotiation was important. There were important boxes mySugr wanted to tick, if they were to accept an offer.

“Independence was one thing we insisted on,” says Westermann. “That we could continue to work with other companies in the diabetes space, even direct competitors. That would have been a deal breaker.”

So, with the deal made and that all-important freedom still in place, what have proven to be the biggest benefits for mySugr?

“Access to markets, access to resources and access to internal budgets,” he answers. “The latter is certainly a lot less stressful than raising financing, which means we can focus better on pursuing our vision!”

Not every deal will necessarily be as sweet as it has been for mySugr, of course. But even though you may not be thinking ‘exit’, be advised that it may try to seek you out.

“Getting acquired wasn’t our goal when we started mySugr,” says Frank. “It wasn’t our intention to start a company to make an exit. But as a founder you get into the system, and as soon as you raise capital from venture capital companies, exits are on your radar. It’s something investors will actively pursue from a certain point in time, which is absolutely fine.

“But every case is different and individual, so it should be a very cautious decision. The most important thing is to get to know the people at the acquiring company.

“You also need to see what chances you have as an independent company to dominate a market, and if the chances are higher with a partner than alone. It doesn’t have to be an acquisition, either. A partnership is also an option.”

“Talking on an industry-specific level, most healthcare companies need market access to get reimbursement. In this space it’s very hard to get, and complicated to set up, so it makes sense to have strong strategic partners. A close alignment of some sort is a lot more beneficial in the healthcare space than, say, in the consumer space.”

Speaking of industry-specific, mySugr will be at the second edition of Health.Pioneers in Vienna on October 10th. Having grown beyond being a dreamy, disruptive startup, Westermann says it’s important to be keeping an eye on the next generation that might disrupt them!

“A lot of innovation comes from smaller companies than us, and it’s good for us to see what the industry and technology trends are. At events you can get a pulse of the direction things are going.”

Startups hoping to meet this success story as well as a host of other healthcare investors and corporates are running out of time to apply for the chance to attend Health.Pioneers for free. The deadline is August 17th – this Friday!

“We met our first investor, Hansi Hansmann, at a Pioneers event, and now we attend to find companies in which we’d like to invest on a private basis,” concludes Westermann. “For every young company, these are a great opportunity to get in touch with investors, as well as pitch. It’s simply great for matchmaking!”