By Sophie RabOctober 1, 2018No Comments 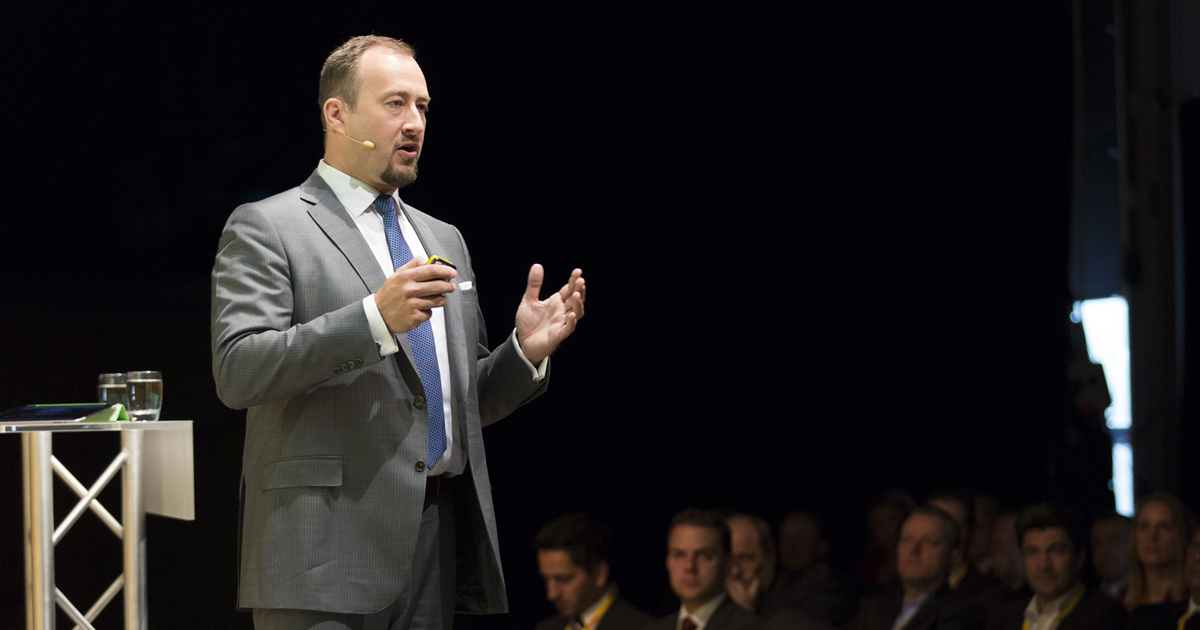 Following the huge success of the first GovTech.Pioneers in 2018, which exceeded even our own expectations, it’s clear that the increased role of digital technology in government is a subject for which there’s plenty of appetite.

As we look ahead to next year’s second edition, we were interested to hear the perspectives of author, entrepreneur and Founder of Fwd50, Canada’s digital government conference, Alistair Croll. Our first confirmed speaker for next year’s GovTech.Pioneers has a long list of credentials, including his role as a Harvard Business School Visiting Executive. He’s also previously trained the White House Presidential Innovation Fellows.

For starters, this ambitious and high-energy individual believes it’s already time to banish limited thinking about ‘digital government’ and take the concept to the next level.

“For a long time, people equated digital with digitization – that is, taking an existing process and replacing paper with pixels,” says Croll. “But that belies much of what is possible. Lately, civil servants are starting to realize that digital is about user-centricity, because it is possible to personalize a digital process in ways you can’t tailor a physical process to each individual.

“There’s a realization that this takes a very different kind of builder, which explains initiatives like the Canadian Digital Service or Code for Canada. They’re relying on Lean and Agile methodologies, Continuous Deployment, and so on to build things.”

A philosophy of continuous deployment, in fact, is one thing Croll considers to be the single most important change in mindset that governments need to accept if they want to move ahead and transform digitally.

“When you build a battleship, you have to get it right the first time. That means a ton of up-front planning and no chance to fix things without political consequences. But a digital process is continually updateable.

“For example, when someone used a Word Processor a decade ago, the company that created it learned nothing from that user. Today, every keystroke teaches the software how to be better. New versions of a SaaS product like Slack or Google Docs can be pushed to millions of users all the time.

“That’s fundamentally different, from how complete the first version is, to how we learn what to build next, to how we handle problems. But civil servants – and citizens – have got to change their expectations. Perfect really is the enemy of good enough.”

Why is all of this so important, anyway? Well, if increased opportunities for democratic input, more visible accountability (potentially helped along by Blockchain) and smoother processes for citizens aren’t already good enough reasons, Croll reminds us of one that will make any government sit up and take notice.

“In the short term, one real advantage is cost,” he says. “But there’s also increased personalization. Things get really interesting when the government becomes a platform atop which to build things. Think about ecosystems like the Apple App Store, Amazon Web Services, Linux or WordPress. Those got really interesting when people built atop them in similar ways.

“That’s the great thing about digital government: The more we create, the further others can go with our creations! Unintended consequences and innovation, are what offer the greatest payoff in the long term.”

Turning to specifics, we also asked Croll to highlight a few under-the-radar pilots and projects going on in the world of Govtech right now. Things that might be better-known by the time our event rolls around next year.

“I’ve seen one company training machine learning algorithms by feeding them WhatsApp chats of aspiring immigrants trying to navigate Byzantine immigration processes. Anything that can weave a path through bureaucracy is cool!

“Meanwhile in British Columbia there are projects underway to improve judicial processes by essentially codifying law into decision systems that make things more just, and transparent, for anyone interacting with the legal system.”

Speaking of British Columbia, Croll is Canadian and will be bringing interesting Govtech perspectives from the North American continent, just like speakers such as San Francisco Chief Digital Services Officer Carrie Bishop did at GovTech.Pioneers in 2018.

“I think North America is a bit late to the game on Govtech,” he says candidly. “In the US, Healthcare.gov was a shock that woke people up, and led to the creation of several good initiatives. The first generation of civil servants who learned on that project, and in places like 18F, are now finding their way into the private sector, which accelerates things.

“In the US there’s much more private sector involvement at the moment than in Canada. The Cloud First initiative there helped accelerate the pace of experimentation.

“In Canada, a recent cabinet shuffle made digital government even more prominent, and we’re lucky to have a minister focused on it—Scott Brison—who has actual Agile training. Some of our departments have embraced change more than others, too. Transport Canada is pretty aggressive at trying to reinvent itself – but maybe part of that is because our minister of transportation, Marc Garneau, is an astronaut!”